Aussie rockers Pond were at the Invisible Wind Factory to get us all geared up for Psych Fest and Getintothis’ Peter Goodbody was there to take a front seat in anticipation.

As a kind of gentle intro into the genuine mayhem that is Psych Fest in Liverpool in a couple of weeks time, Pond were the perfect choice to do the business at the gig billed as a Launch Party for the main event.

Their laid back, and at times, early Pink Floyd sounding material does seem like they’d do well in a room marked “Chill Out” with a chilled glass of dry white wine, with ice in it. We were not sure, before the gig, how they would even remain standing.

But stand they did. And then jump and then weave around the stage like they had ill-fitting underwear. Live, this band is a very different thing from their recorded output. It has an energy and a kind of swirliness we don’t get from the CDs.

Pond is said to be a collective of various musicians, the original idea at their formation in 2008 being to get “anyone who wanted to play whatever they wanted in a collaborative musical project“. In reality they’re a break out or a mash up with, or from, Tame Impala – both bands having common members.

There was a rather tediously long sound check, but when the band got going the Invisible Wind Factory was suddenly packed with people who knew the words to all the songs.

This seemed to be a call to arms for Psych Fest and was the perfect advert for it. A glorious wall of sound that got better as the set went on with Nick Allbrook’s falsetto vocals carrying the audience to another place. You can see why they called one of their more recent albums Man It Feels Like Space Again.

This was music for the International Space Station. Certainly not made for this earth and we loved every minute of it. Song titles such as 3,000 Megatons, Sweep Me Off My Feet and Edge of the World seemed entirely appropriate for this gig.

So, contrast, then, Warm Digits who’s dance infected mania and eclectic sound seemed at first like an odd choice for support. Not that that’s a bad thing. Just a different one.

They started with a discussion about Digestive biscuits, for reasons with which we still aren’t entirely clear, but from then on the band pummelled a largely instrumental set full of power and vigour. Visually the band suffered from the absence of the guest vocalists on the album – being replaced by backing tracks.

But the strength of their material wasn’t diminished in the live setting and they gave us hints of Hot Chip at times. The title track to the album was a thumping powerhouse of a finale to an excellent set and one that had us just in the right place as an opener for Pond. 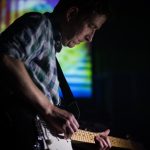 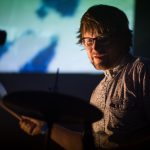 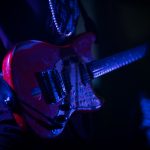 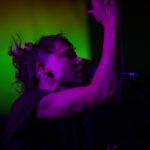 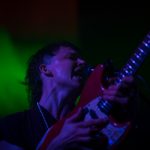 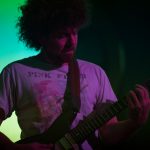 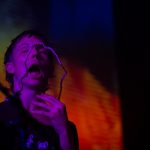 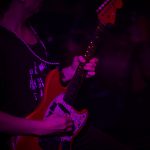 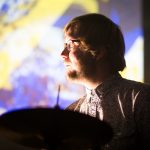