Marmozets brought their energy and look to the Arts Club and Getintothis’ Keith Ainsworth was there to see it all unfold.

The crowd fills the Arts Club loft to a degree we haven’t seen in years.

Marmozets enter one by one and singer Becca Macintyre launches into ‘Move Shake Hide‘. With plaid shirt and head-banging hair Becca has the look.

With the lungs of Robert Plant she also has the voice to back it up. The crowd are with the band all the way.

Fifth song, the single ‘Captivate You‘ has them singing the ‘tonight tonight tonight‘ refrain even after the song has finished. One of the highlights for us was the song ‘Hit The Wave‘. With it’s killer chorus of ‘pull me under‘ it’s a classic from the first listen.

Their drummer Josh merits a mention, towering over his low kit which he often stands over to batter into submission. The band communicate well with the audience.

Guitarist Sam asks the crowd if anyone knows why he ended up in hospital after last night’s Sheffield gig. When an audience member shouts this out correctly (he fell off a small obstacle) he gets cash out of his own pocket to buy the delighted punter a drink.

Lots of energy, a little moshing and some great rock music. A great night for a band on the way up.

Earlier Strange Bones had set the pace straight away. Singer Bobby Bentham leapt over the pit into the crowd during their first song and by the fourth song his t-shirt was off. We were treated to a solid 30 minute set with some upside down crowd surfing to finish. 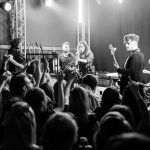 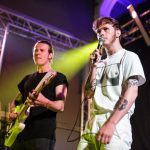 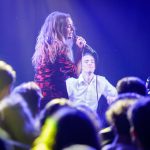 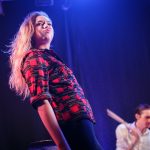 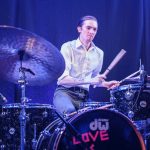 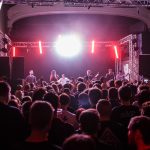 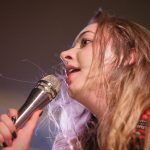 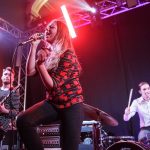 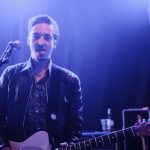 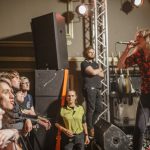 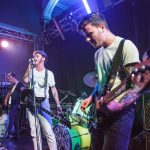