As the second day of the now infamous Hope and Glory is cancelled, Getintothis’ Miles Etchells reports on what was a disaster from start to finish.

There was a fair bit of scepticism surrounding Hope and Glory in the build to up to the new festival opening its gates on Saturday, and unfortunately this suspicion was totally justified.

It was an omnishambles. A clusterfuck. Now the festival organisers’ decision to pull the plug has led to even more derision, and their tactless public response has ensured the event’s place in infamy.

Approaching the festival site in the St George’s Quarter yesterday the problems were already evident. The queue for entry stretched around three sides of the iconic building’s grounds, and seemed to be moving at a torturous pace.

Fortunately, this writer’s queue was a great deal shorter but entrance for press and people with accessibility requirements still took around half an hour. Compared to the main queue this wait seemed paltry, as reports quickly began to filter through of entrance times taking over two hours.

It was immediately clear that the site was not big enough for the amount of people in attendance, and questions have to be asked of why tickets were still being sold on the day given the lack of space available. Indeed the police were forced to intervene during the afternoon due to safety concerns, and they ensured that the festival started a one-in-one-out policy, which left customers understandably frustrated.

Once in the site the chaos continued. Bar, toilet and to a lesser extent food queues were lengthy, and these issues were all exacerbated by additional factors that smacked of poor planning.

The site only had four small and understaffed bars, which anyone who has been to a festival in the UK would know is blatantly not enough. Worse still, technical problems led to the card payment systems and pumps going offline, and as early as 4.30 bars were running out of ale.

The toilet situation was almost as bad, as long waits were guaranteed for the portaloos, while the single section featuring urinals quickly became a literal bog.

Food, another basic requirement was similarly poorly planned with over 60% of the options basic burger and chips vans. While there is certainly a place for such grub at a festival, the variety of food on offer at other festivals is normally a great part of the experience. At Hope and Glory however, the poor selections meant for more massive queues at the few stands that weren’t based around grills and potatoes.

Given the disarray regarding the basic amenities at the festival, it was no surprise to find similar turmoil in place with the schedules. Acts were performing up to two hours late across all stages, and bets were being taken on who would have to give way.

In the end Charlotte Church was the unfortunate musician, who got to enjoy a ‘talk’ that was nearly drowned out by the noise from the main stage, before being told she could not perform. Fortunately for her and her fans, EBGBS responded to her plea for a venue, showing the real hope and glory of the Liverpool music scene.

Even following the easing of the stage congestion it was impossible to know who was playing by looking at the schedule, and it was often more trouble than it was worth to make your way through the bottleneck between the two larger stages to find out. This problem was *solved* by another problem however, as the sound leakage from stage to stage meant you could hear who was playing elsewhere unless you were right in front of a stage.

Despite everything, most bands did get to perform and there were some strong sets to raise spirits (more of which below). The crowds were surprisingly positive and vocal throughout, and there seemed a general determination to make the most of it from the public.

Unfortunately, this attitude was not matched by the organisers, who took the decision this morning to cancel the second day in its entirety, citing ‘unfair and vitriolic comments’ and blaming the ‘production manager’ for not completing the site on time. The person in question’s name and email address were posted on Facebook and complaints and refund requests across social media have all been directed towards him.

It is difficult to know where to start with this decision and the horrendous public, err, statements. Firstly, failing to acknowledge or apologise for any failings on the festival organiser’s part comes across as childish and makes it hard to feel any sympathy for them. Definitely one for the PR own goals and gaffs highlight reel.

It is clear that the problems were significant across the board yesterday, and that the decision to cancel has been made based on the multitude of issues faced by holding the event on such a small site. To instead blame the event’s cancellation on a few comments, many of which will have been justified, is laughable.

To give out the Production Manager’s name and email address is shockingly unprofessional no matter what has happened, and there is no way that one person should take the entire responsibility for what has happened.

The organisers showed no hope and no glory in giving up. The logistical problems were significant, but not insurmountable. Additional toilets, food and bar facilities could have made for an improved second day. However the clear over subscription to the event would have still left a lot of people disappointed, as safety is paramount and there is no way that many people would have been let in again.

There is much more that can and will be said regarding the failed Hope and Glory festival, but at least it wasn’t on an island like Ja Rule’s ill-fated Fyre Festival earlier this year.

For today, this writer will be keeping a keen eye on social media for some of the Sunday acts playing at venues around the city. Rumblings of gigs at Zanzibar and the Magnet are already abound, and they should provide an antidote to this festival of not Hope and Glory, but despair and shame.

Best acts from the festival:

James – The headliners delivered a groovy and apologetic show to a large and commendably enthusiastic crowd. Sadly like the rest it was shorter than we would have liked.

Wild Front – Fortunately for the Southampton group, their lengthy trip was not a waste of time, and they played a poppy, dreamy yet bass heavy set to the early crowd.

Dave McCabe and Ian Skelly – The Liverpool crowd favourites from The Zutons and The Coral played a great set, with something for everyone from crowd pleasers to original material.

Badly Drawn Boy – Not that the day needed more melancholy, but the Manchester artist serenaded the main stage crowd, only a couple of hours later than expected.

Starsailor – A belting set from the group closed the second stage as sun went down on a strange festival experience.

See a round up of the reaction on social media below:

Liverpool does cultural events better than anywhere. Those who are responsible for #HopeandGloryFestival need to explain their issues.

Queued in total over 90 mins now can’t hear a thing due to the stages being too close to each other. Refund? #shambles #HopeandGloryFestival

Really looking forward to #HopeandGloryFestival 2018. Off to queue up now, just in case. 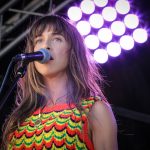 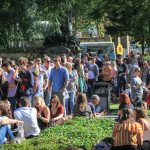 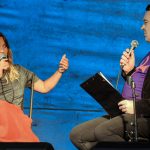 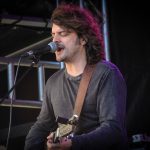 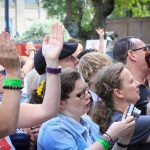 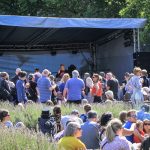 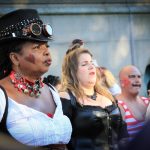 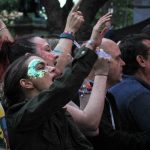 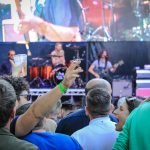 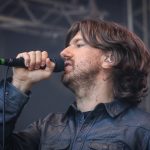 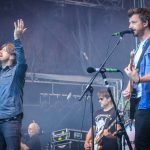 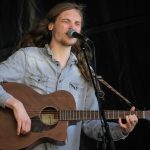 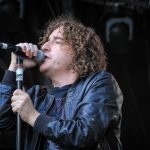 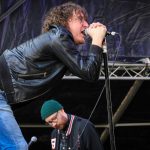 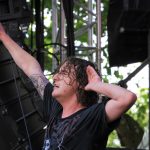 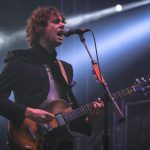 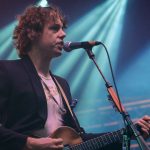 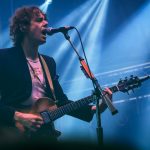 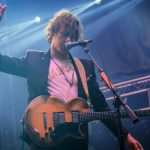 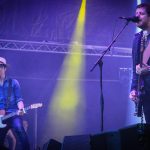 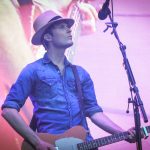 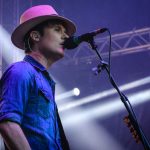 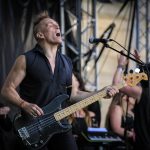 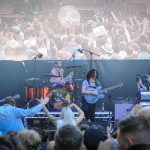