Cherry Glazerr brought their Californian punk to the Central Library and Getintothis’ Lorna Dougherty was there to join in with the frenzy.

In these difficult times for women in the music industry, tonight was a reminder to us of just how prominent and important women are in music.

Tonight’s main girls come from sunny California, and if you didn’t jump at the chance to see them on their European tour then more fool you, because we were so lucky. This in mind, meant that most people at that gig were there because they wanted to and the early comers came early enough, most managing to catch Dream Nails’ excellent set.

Cherry Glazerr are angry, politically motivated feminists who sing their punk songs about Brexit, Trump, and the “strong and stable” leader.

Playing to a small crowd is always tough, but with just around 30 they performed as if they were playing for an arena. Lead singer Clem came on stage on all fours, crawling to the mic before bursting into song from their newest album Apocolipstic. This album encapsulates the new sound the band have turned with, which comes with new band members and signing to a new label.

However, their old tracks such as Had Ten Dollaz received as good as a reception of newer single Told You I’d Be with the Guys. Their punchy, fast-paced grunge punk tracks seemed some what unjustified this night, one can picture them being played at a massive stage in the sunshine with everyone covered in glitter and pink, but secretly have a secret bit of emo.

In a frenzy of dancing, jumping and sweat, there was an almost ‘nip slip’ from Clem; nip slip bullshit. Free the nip, feminists r us, “we’ve all seen a nipple before” she shouted, buzzing the small yet full force crowd. If you missed out, you missed out. There won’t be another set from these in such an intimate situation. 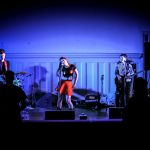 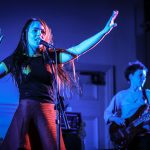 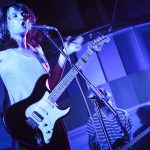 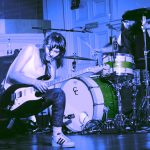 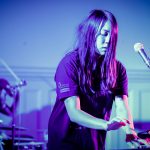 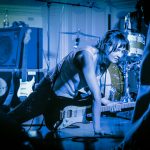 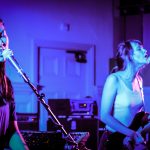 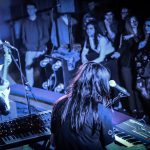 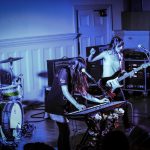 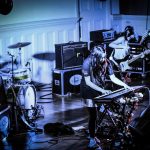 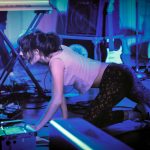 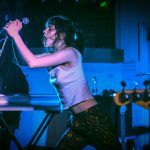 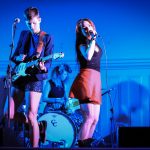