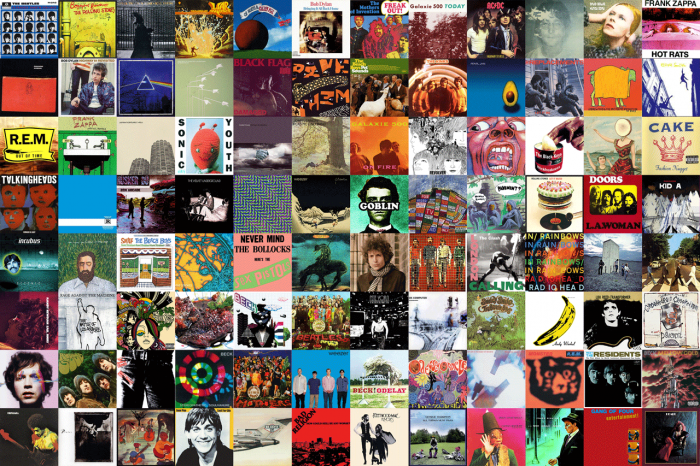 Just how bad are the charts and is popular music getting worse, Getintothis’ Ryan Craig looks to the past to uncover if these questions are even worth answering.

Well, that’s what all those YouTube comments would have you believe if they’re anything to go by, you know the ones. Those who claim they’re born in the wrong generation because they like a song by Pink Floyd or The Beatles.

For the most part, the bulk of the argument against ‘popular music’ is the charts: full of generic, bland and often over-saturated music. It is often made to appeal to the most people possible for the maximum amount of hits and therefore, more money.

And how do you appeal to the most amounts of people without alienating any? The answer is with mediocrity. A middle ground, nothing too adventurous or daring.

The fault with this argument is that the charts have always contained ‘bad’ and ‘mediocre’ music. Argue as much as you want, but from any given decade there is some (a lot of) quite shit music, much of which topped the charts. The reason people forget about this is because that music doesn’t deserve remembering, leaving those arguing that the charts today are bad with a cherry-picked argument.

Just look at the year 1981. Aside from high unemployment, riots, Rupert Murdoch furthering his grip on UK media, 1981 was a glorious year, at least for music – excluding Bob Marley’s death, of course. May he rest in peace.

Out of the poor economy, all sorts of ‘new’ musical styles like hip hop, new wave, synth-pop and independent punk-rock started to develop and become more wide spread. Artists such as Depeche Mode, New Order, The Cure, Madness and Blondie all seeing joy in ’81.

In fact, it was also in 1981 that Prince truly announced himself, with his first appearance on Saturday Night Live, followed by a release of his album Controversy later on in the same year. The album, often regarded as the bridge from the innovative Dirty Mind to the funk-like sounds of 1999, was a voice for the people living in the margins of America – people of colour, gay people, poor people and everyone in between.

You know what else was a success in the same year as these icons? The goddamn Birdie Song. Aka the Chicken Dance. Yes, that song your aunt attempts to dance to at family gatherings.

Not only did this tacky tune hit the charts, it stayed there for SEVEN WHOLE MONTHS. Gaining international traction along the way, it reached the dizzying heights of number two in the singles chart for the UK in October 1981.

To no one’s surprise, a poll from the year 2000 seen this version of the Birdie Song voted as “the most annoying song of all time“.

Jumping back nearly a decade further to the year 1973, German krautrock band known Faust released their third album, The Faust Tapes. The album sold immensely well gaining Faust a new audience outside of their home country and, in doing so, giving themselves a platform for future endeavours.

The main reason for the album’s success? A marketing gimmick.

The album was sold for the price of a single – 49 pence at the time – causing the masses to pick up a copy regardless of whether they had any interest in the band at all, or had even heard of them at that point. The band had conquered the market with manipulated consumerism. A smart move.

The system can so easily be overturned or influenced and proof of this can be seen when Rage Against The Machine‘s Killing in the Name became Christmas number one in 2009. Intended as a middle finger to X-Factor winners who would top the charts year in, year out, Killing in the Name was pushed to the top with the help of a Facebook campaign to stop the manufactured artists taking the Christmas number one spot.

In band guitarist Tom Morello‘s own words, “The people in the U.K. are tired of being spoon-fed one schmaltzy ballad after another and they want to back their own charts, and we are honoured that they have chosen our song to be the rebel anthem to try to topple The X Factor label.”

The campaign of rebellion was supported by the likes of Dave Grohl, Prodigy and Sir Paul McCartney, which seems rather comical from the former Beatle. I wonder if he’d have shown the same support to prevent The Beatles from taking over the charts during Beatlemania, or a campaign to stop the song FourFiveSeconds from reaching the number one spot – which it did in many countries, including the US.

Searching for the best new music? Look at our monthly Deep Cuts column

Now, it’s a fact that nostalgia plays an active role in people’s fondness for the past, whether that be for people, culture, technology and obviously, for music. Perhaps this adds an explanation for the elitism that comes with not being born a millennial.

Music is one of the strongest triggers for nostalgia, acting much like a pair rose-tinted glasses. Wearers favour the soundtrack to their youth over today’s ‘mumbo-jumbo’ regardless of how good that music may or may not be (yes, I see the silliness of relating wearing glasses and listening to music).

It begs the question, why is the opposition to the charts so strong and why are they even taken seriously at all? The top 40 is simply a list of the most purchased/streamed songs.

Personally, this writer likes to think of the charts as a sort of ever-evolving creature. One that has no set features, no distinctive traits and no music preference. However, the more money you feed it, the more powerful it becomes. If you manage to tame this majestic beast, it’s yours to ride upwards.

Whether you think I’m making about as much sense as today’s music or not, it’s no lie that people will forever dislike anything that garners an audience through this money making monopoly; dismissing the charts because the music that they constantly play, it says nothing to them about their life.

But hey, whatever your stance on today’s popular music, just remember, even the late, great Oscar Wilde quotes that ‘everything popular is wrong.’ But that quote is fairly popular, making it wrong… right?