Returning to the city after a lengthy absence, Getintothis’ Luke Chandley finds the pop punkers taking Mountford Hall by storm.

It had been a while since All Time Low were last in Liverpool. The band said so themselves. And whilst the city often gets overlooked in a band’s touring schedule, tonight was a night for All Time Low to reintroduce themselves with their fans a little closer to the Mersey.

The Baltimore pop-punkers hit the stage with Kicking and Screaming, taken from their last album Future Hearts. Full of bounce and energy, it was a great way to open the set. Even from that very moment, you could tell that the band had the crowd eating out the palm of their hands.

Across the next few songs, we were given a trip through the history of the band, with singles off earlier albums (Weightless and Six Feet Under The Stars) providing long-term fans with some well-known classics.

As the set continued, the audience became more involved, with some great sing-along moments coming in the form of Missing You, and during an impromptu addition to the set-list of early tracks in the form of Jasey Rae from 2006 EP Put Up or Shut Up. A clear fan favourite, it was awesome to see an act bow to fan pressure. As venue-wide chants of “Jasey Rae!” rung across Mountford Hall, the band turned to a quick retune before giving the fans exactly what they wanted. A cool gesture from the act that the audience clearly loved.

The final song Dear Maria, Count Me In is probably the track the band is best known for, and as the song drew to a close, confetti was thrust into the air to bring the curtain down on a really solid show.

All Time Low know exactly what their fans want. As the years have passed, they have honed their craft and turned their brand of sunshine pop-punk into music for all seasons, and whilst they don’t pull up any musical trees, their show will continue to look, sound and feel one of the best around. And that’s all anyone can ask for.

The first band to take to the stage tonight, Waterparks, were more pop than they were punk, and with the crowd providing little by the way of excitement, it became apparent that the band themselves hadn’t quite yet caught up with the scene they were currently working in.

SWRMS, were a slightly different prospect. Rawer and more grungy than the main act, their slot was filled with choruses of chants, crowd participation and a grand statement about “fighting fascism” (fair play) and proved fantastic in warming up the audience for the headliners. 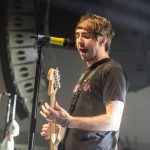 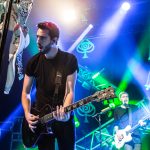 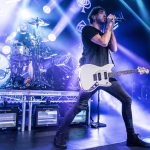 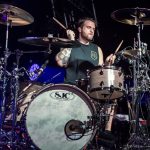 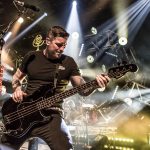 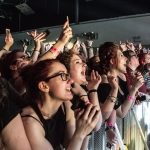 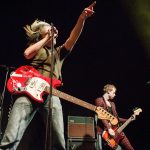 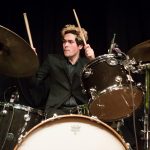