Peter Hook and the Light take the O2 Academy by storm and Getintothis’ Banjo is there to soak up the waves.

Peter Hook, it must be said, is something of a legend.

An integral, identifying component of both Joy Division and New Order, he would surely be heading for some kind of National Treasure status by now, if it wasn’t for the fact that he is a curmudgeonly old bugger who has been very candid about his wild years.

But despite all this, it is impossible not to love him.

One reason for this is that he has charisma by the bucket load. He could equally well be earning a living on the after-dinner speaker circuit, rather than slogging around the world all over again. Another is that he is the curator and part instigator of a set of songs so breathtaking in scope and number that they have few, if any, equals.

So when Hooky and his band take to the stage, expectations are high. He himself has set the bar at this level and, in the absence of his New Order bandmates, he must measure himself against it.

With no support, Peter Hook and the Light take to the stage at 8.15. They then show that they have the drive, the stamina and the material to fully represent the legacy they are taking on the road.

Tonight was, as footballers have it, a game of two halves. Firstly, a mammoth set of New Order classics and then, after switching sides, an hour of Joy Division’s finest.

One thing that strikes you about the gig is how little Peter Hook actually plays his bass. While it may sound cavalier to have one of the bass players of a generation in a band and to then not take full advantage of it, a lot of this is down to difficulties in playing and singing at the same time, a problem Bernard Sumner also had to deal with in New Order.

The answer to this problem is that Hooky plays his signature bass lines when not singing and passes the responsibility on when otherwise engaged.  This makes The Light that rarest of creatures, a band with two bass players, in fact, Hooky seems to have carved out the unique position of being lead bassist.  A shame in some respects as he seems at his most charged when playing bass, and the songs certainly benefit from it.

In fact, Hooky is now reminiscent of a ringmaster rather than a bassist, leading his band, reluctantly taking the spotlight and, one assumes, directing the players. It is a situation he seems to feel comfortable with, finally able to play the songs he wants, the way he wants. to.  After the tensions he writes about in his book Inside New Order , this must be something of a relief.

Set 1 is a chronological run through New Order’s career and it becomes readily apparent just how many masterpieces they have in their repertoire, Starting with In a Lonely Place, The Light lay before us an embarrassment of riches as classic follows classic. Ceremony is touchingly dedicated to Roger Eagle, founder of  Eric’s  and famously a great encourager of new music at a time when Hook needed exactly that. A nice touch.

Ceremony and Temptation fly by almost casually, where most bands would save songs of this stature for closers. Blue Monday is dispatched with no introduction and little fanfare, as if having the bestselling 12” of all time is no big deal.

The band obviously do not feel the need to smooth out some of New Order’s more angular moments, Confusion especially coming across as a huge sheet of metallic noise. Hooky was always the member of New Order who most wanted to rock out, and this is readily apparent in the likes of Shellshock, which has a power and an intensity that it never had before.

From there we’re into Pop New Order, with the likes of State of the Nation and True Faith taking us through to the end of set one, a good hour and a half since they started.

In his recent Getintothis interview, Hooky confessed “New Order’s music is difficult to play. We have to concentrate and do a lot of work on New Order’s Substance and then when you get to Joy Division, all of a sudden it’s a completely different ball game. We click, we relax and it feels very, very natural” and this was apparent when the band returned after a short break to head forward into the past.

Again, Hook is lucky enough to have source material that is almost peerless in its perfection. All credit to him for not taking an easy route through the Joy Division back catalogue, choosing some old and obscure material such as Exercise One and No Love Lost.

By the time we get to She’s Lost Control the intensity has rocketed again. Hook’s logic in forming The Light was that so many of the songs he was involved with writing and performing had not been played live for many years, if at all, and that this was obviously of a shame. Witnessing the crowd reaction tonight people agree with him wholeheartedly on this point.

Finishing in enviable style with Atmosphere and Love Will Tear Us Apart, they are done. After two and a half hours on stage, Hooky takes of his t-shirt and throws it into the crowd. He has earned the applause he gets, not just tonight but also for what he has been a part of and for taking the decision to spend his 60th year giving people the opportunity to once more be a part of it. 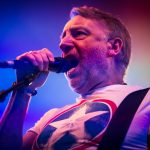 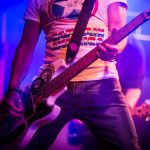 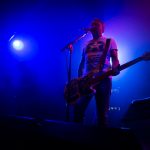 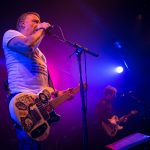 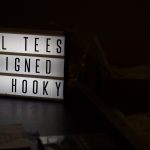 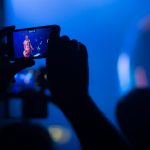