Sundara Karma play a sold out gig on a Sunday night and Getintothis’ Jessica Borden dives head first into 80’s melodies and balloons.

Sunday nights are normally destined to be a bit of calm before another week begins, yet Sundara Karma and co had different plans for Liverpool O2 Academy.

At half seven the room is already full and the screams and celebration bounce off every surface possible, The Night Café play to a packed crowd.

They are already drawing all the attention a young band wants and in their hometown of all places. Their 80’s infused tracks and occasional falling of confetti deemed this the perfect opening to the night. Friends on perched each others shoulders from the first support band was the best foreshadowing a gig could ask for.

Next Blaenavon were welcomed to the stage with once again the cheers which you would assume would be for the main band. As the energy from the band poured from the stage to the crowd, they bounced from style to style with each track never staying still long enough for you to think you have completely figured them out.

Need more albums in your life? Getintothis’ Album Club has got you covered

Finally, the main act of the night Sundara Karma take to the stage following an abundance of balloons and  launched into their set. The silver curtain back drop, the aforementioned balloons and the striking lights, the entire setting fitted incredibly to their debut album. Sundara Karma  play great pop rock tracks which are impossible not to dance to song after song.

An electric atmosphere swirled around the room as the audience belted out each track back to them and the entire occasion never took itself too seriously.

The fun that both the band and audience had were integral to the entire set as they bounced off each other for energy on a cold Sunday night. A perfect set up for the week ahead. 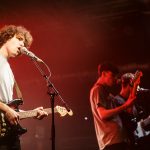 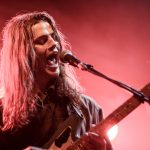 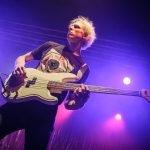 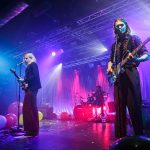 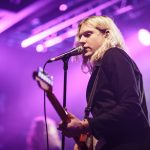 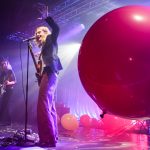 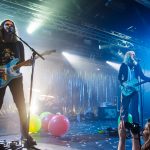 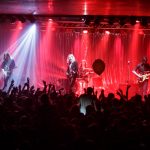 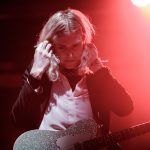 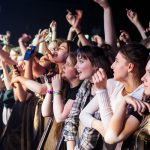