As indie dance four piece Boxed In brought their second album to Buyers Club, Getintothis’ Adam Lowerson was there to catch the action.

Having released their self-titled debut album back in 2015 to relatively little fanfare, last year’s follow up Melt was certainly the breakthrough moment for London four-piece Boxed In, the band of writer and producer Oli Bayston.

With the record’s lead singles gaining a lot of airtime from the likes of BBC 6Music, the band took a step into the spotlight, with a largely sold out UK tour to show for it.

Kicking off with the funk-tinged bass groove of Jist, the opening track of Melt, the band showed off their knack for infectious indie dance, with understated vocals paired with a house beat and sharp stabs of synth feeling almost reminiscent of Hot Chip.

If there’s one thing tonight shows it’s that Boxed In certainly do have their fair share of tunes, despite having only released the two records, with London Lights and the brilliant Forget clear standouts.

If there’s one criticism it’s that the motorik house beats start to wear after a few tracks, and the synth sounds fail to have the impact in the small venue of the Buyers Club. It’s a tight sound, and the tunes are good, yet it doesn’t really hit you like good live dance music should, feeling slightly compressed and restrained.

Two tracks which are an exception to this however are Underbelly, and Mystery from their self-titled debut, the former a slow burner which built to a huge climax while the latter was an example of Boxed In at their most danceable.

It’s not perfect, and you can’t help but feel Boxed In would sound far better in a bigger venue with fuller sound if given the opportunity, but Oli Bayston‘s songwriting ability shone through. 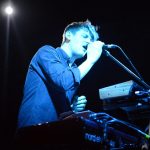 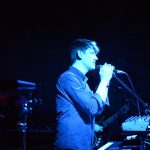 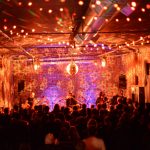 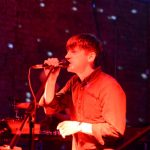 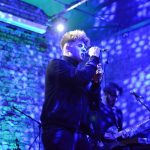 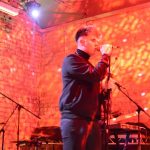