In what is arguably the finest little space in Liverpool Getintothis’ Howard Doupé seeks out the long awaited hometown return of Aviator at The Nordic Church.

The venue just disarms you the minute you make your way up the winding staircase and settle into a church pew. This will be unlike any other visit to a building built for worship. Under candlelight, and low spotlights the presence of a drumkit and multiple guitar amps sat under the somewhat towering wooden alter is a bizarre one.

Tonight’s support comes from Nick Ellis– who launched his own debut album Daylight Ghosts in this very venue only a matter of months ago. His solo acoustic sound effortlessly swirling and rising to fill the vast ceiling space. Wooden floor below your feet transmitting the vibrations- captivating via a multi sensory assault.

Here is evidence of a man owning his material, oozing conviction. Starting with his own sermon statement album opener The Grand Illusion, the Scouse ‘man in black’ delivers album highlights with a determination, supposedly grown out of the album recordings as live performances are moulded, shaped and sharpen.

Heartfelt praise echoes through each post song appreciation. After songs of tales of locals and stories experienced (Carillon and A Walk Through the City) were transported with the warm breeze of Lovers in July, a roundabout melody that grabs you with a knowing smile, dragging into its waltzing journey. There’s no point in trying to pull yourself out.

Ellis showcases his vocals on Desire to the loudest applause of the set. The yearning vocal screams authenticity- in this setting a shallow effort would only fall far from expectations.

As the room fills and genuine buzz grows, Aviator take their turn under the alter drenched in blue light.

Missed any gigs? Check out our Live section for all the lowdowns

Echoes of Mancunians Doves and early Verve seal a very Northern psychedelic sound- forget the jingle jangle boys & girls. Each track it’s own sonic soundscape launched across the Mersey, unfold on a weightless tonne of reverb and soar heavenly abound.

Third song in and the new tracks emerge. Acoustically driven the sound mellows exposing the possessed melodic songwriting quality that is at the heart of what Aviator are all about. Burning Car follows bringing the full muscle of the band to restore forceful momentum to the sound. A live incarnation of last years single The Darkest Light dips like a gritty northern skyline crumbling around, conjuring apocalyptic visions of burning hell fire- even this sanctury offers no safe haven.

The perfectly executed pedal steel comes to the fore in You Know Who You Are with shades of songwriting in the more classic form, dare I say borrowing a writing yarn from former chart topping days.

After a quick run through who’s playing what, the band launch into In a Day their most 90’s Brit sounding tune, made complete with a dose of ‘nah, nah, nahs’. It shouldn’t work, but thhe sense of reminiscence is soaked up, a reminder that what we churned out 20 years ago deserves it’s place in the landscape of our musical heritage.

With promises of a new album sometime in the future the evening is brought to a close. This group of musicians, clearly enjoying such a magical venue did not waste the opportunity to impress. A solid performance that will bring the converted back and the newcomers pleasantly satisfied. 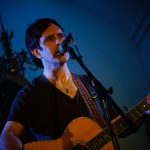 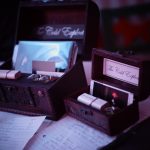 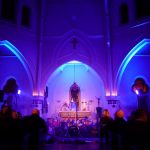 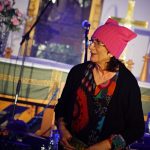 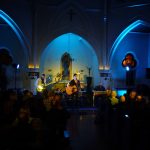 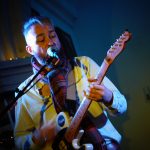 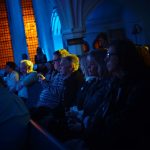 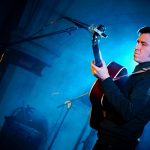 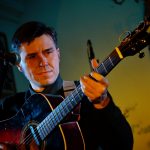