With a much anticipated all-dayer at the Arts Club, Getintothis’ Patrick Clarke witnesses the kind of chaos that only The Fall can bring.

The Fall‘s notoriety as a live band needs no introduction. That Mark E Smith and co. will invite some form of chaos – shambolic or rapturous – is all but a given. What’s really notable about tonight is a palpable sense of eager tension in the air.

The Arts Club is treated to a lively diverse crowd, old time Fall heads rubbing shoulders with a throng of manic throwback kids, perhaps lured by a support bill led by frenetic rock n rollers du jour, Cabbage. As a packed theatre waits impatiently for the headliners to show, a few already pogoing to the pre-show DJ’s mix of X Ray Spex, Dead Kennedys and Stooges, there’s an undefinable sense that it’s all about to truly kick off.

And kick off it does, as the venerable Mr Smith nonchalantly strides on to stage after his band’s louche instrumental. He’s on top form, snarling and dismissive with the crown instantly enraptured in the palm of his hand. It’s with the relentless, punishing twang of Cowboy George that the band hits a proper stride, and from then it’s chaos of the highest order, Smith handing out microphones to the crowd to growl their own ad lib grumbles. It’s furious, frenetic, The Fall at their best.

Cabbage incite a similar riot upstairs beforehand. Musically they’re doing little in the way of innovation, but there’s no faulting their presence. They have an ability to whip a crowd into hysteria that’s truly a sight to behold, and a swagger that though derivative, is transfixingly infectious.

Downstairs Hookworms are a more motoric warm up for the headliners. They stand apart on a bill almost exclusively of guitar bands for their more progressive sensibilities, but they’re magnificent as ever.

Back at the beginning of the night, Pink Kink are treated to a packed attic as they open the all dayer, their frenetic, abrasive leanings kick starting an afternoons moshing for many.

Afterwards, Strange Collective are on their usual form downstairs. Though their claim as one of liverpool’s very best live guitar bands doesn’t really need more staking, it’s worth reiterating just how phenomenal this group are on stage.

Ohmns, meanwhile, take a few minutes to whir into gear, but once they get going they hit a relentless stride that’s all but unstoppable. Goat Girl downstairs are similarly brilliant, perhaps the pick of the support bill. Louche, nonchalant, yet confrontation ally charismatic, their off kilter, buried sneer works mainly for the fact that they’re backed by real, solid songwriting nous.

Eagulls follow them, and are also outstanding. Though their debt to the New Romantics is barely disguised, they carry it off with total, charismatic grace.

The attic sees to the only real lull in the days lineup, with Tigercub a fairly charmless proposition. They sing of ‘rich boys‘ and ‘daddy’s money‘ with a suitable sneer, but there’s little in the way of substance to back it up.

Kagoule, who follow, face an uphill battle to reignite the mood, although fare better than their predecessors with the stage well primed for the chaos of Cabbage.

On the whole though, lashings of credit must go to Club The Mammoth for one hell of an all dayer, whose billing is almost flawless when it comes to fostering an atmosphere that, by the time The Fall roll up, makes for a very special evening indeed. 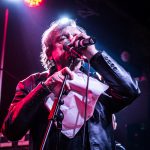 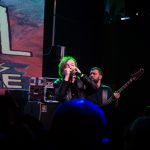 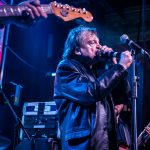 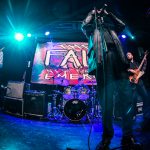 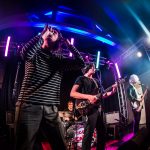 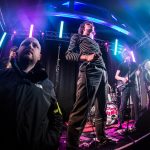 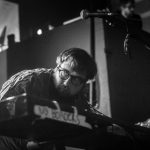 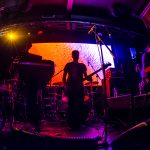 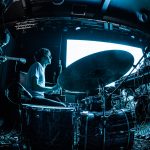 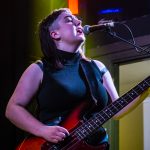 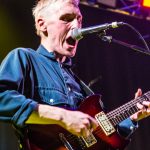 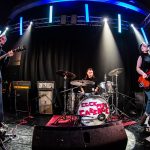 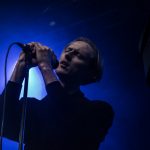 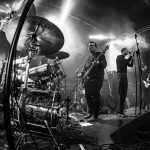 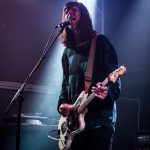 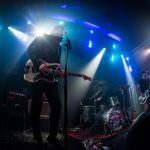 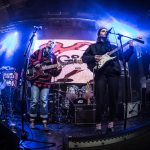 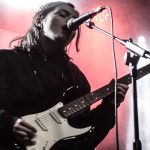 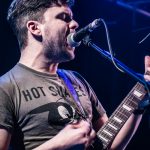 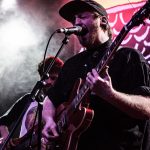 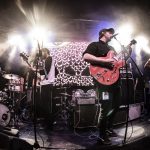 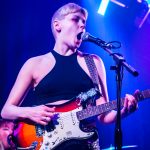 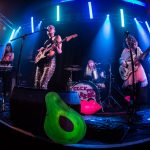 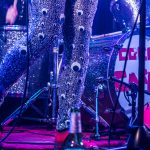