Stepping out of the freezing wind into Studio 2, the sense of anticipation inside was immediately tangible from the gathering crowd.

Leeds four-piece Clay delivered a hugely impressive set, every nuance and detail of their performance seemed to have been meticulously thought through and faultlessly delivered. Hearing the faint, almost undetectable, tinkle of a breaking glass during Honest as the lyrics told us of lemonade being spilled on the floor – precision sound. Strong guitar riffs alongside subtle synths give the band a distinct and alternative sound.

Selling out several dates on the tour, including this one, Declan McKenna opened with the song, Isombard, his contagious energy had everybody bouncing and singing along from the outset.

Declan, just eighteen, won Glastonbury’s Emerging Talent competition in 2015. His poignant lyrics and choices of themes suggest a social awareness and maturity beyond his years. He is five singles into his career and has already tackled subjects as difficult and diverse as corruption, religion, transgender issues, poverty and suicide. Despite the delicate subject matter, the songs are not gloomy, they are catchy, energetic and refreshing, his passion for what he’s doing comes through in each one.

The audio and visual experiences conflict somewhat as these accomplished, deep songs and a well-controlled vocal performance are delivered by a teenager who, if anything, looks even younger than he is, wearing glitter on his cheeks that any glam-rocker would be proud of and at one stage, throwing balloons into the mix.

During Brazil, the final song, the crowd rushed the stage and he and the band disappeared from their midst, leaving the flown PA swinging silently overhead and balloons floating down, it’s dramatic stuff.

McKenna is impossible to pigeonhole and it would be very wrong to try, he’s not afraid to mess around with tempo and style, sometimes even within the same song. He switches guitars and had numbers such as Paracetamol led by synths, exploring all the options available to him he is innovative and clearly finding his way. For all the variable elements, he is consistently energetic and fascinating – a curveball in an otherwise largely predictable field. 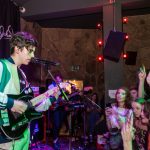 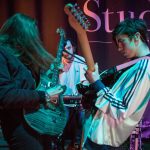 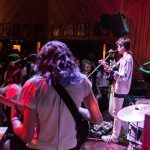 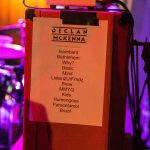 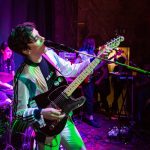 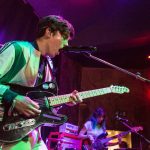