The Wedding Present visited the city in support of their latest new album and Getintothis’ Will Neville was there to witness a night of nostalgia and the new.

‘All the songs sound the same; says one of the band’s t-shirt designs, one of those insults that’s actually a kind of a compliment – much like John Peel’s description of another of his all-time favourite The Fall as ‘always different, always the same.’

This was the Weddoes’ first visit to Liverpool since comng to town on their Hit Parade tour in October 2013, with the band now consisting of drummer Charles Layton, Danielle Wadey on bass and very recent addition second guitarist Marcus Kain, alongside ever-present singer/guitarist David Gedge.

However, first up were Melys whose last material was the fine Life’s Too Short album released back in 2005, their 5th long player. Having opened a bistro in their home town of Betwys-y-Coed,singer Andrea Adams and husband Paul on guitar/keyboards are now playing with long-time bassist Rich Eardley, Aaron Watkinson on guitar and drummer Geraint Jones.

The band’s name is Welsh for “sweet”, and that word applies to their sound, which also sparkled much like Andrea’s blusher and golden top.

Their set drew from across their career, highlighting the strength of their catalogue, with Chinese Whispers, voted number one in John Peel’s Festive Fifty for 2001, merely one of several highlights. Another track brought to mind a mutated Lee Hazelwood & Nancy Sinatra.

The audience filled up after the support act, as is usually the way, with a large chunk consisting of men of a certain age – the band t-shirts on show (Pixies, Joy Division, 4AD, The Fall) were probably first bought at shows when those acts were at the peak of their powers, and not as retro tokens of cool.

The nostalgia business and the rise of the box set

The venue was a veritable trip down memory lane as 90’s crusties Levellers were playing the larger room, but there was less hair in evidence downstairs, both among the band and crowd.

Gedge had been roaming the venue before the show, watching some of Melys and chatting to fans at the merch stand, and his dry, engaging personality came through when he addressed the crowd at various points in the show.

They started off with Give My Love To Kevin from debut album George Best, with their set cherry-picking from across their history, and some of the peaks being the half dozen selected from this year’s Going, Going… release, such as the incredibly vital Two Bridges.

Some of the older songs suffered a little from Gedge no longer wanting (or being able?) to thrash at his guitar quite as he used to, with original guitarist Peter Solowka (who left way back in 1991) still sadly missed on this front. However, there was still great delight in hearing the likes of Go Out And Get ‘Em Boy or Brassneck again.

They’re a band renowned for their cover versions, from the sublime (The Go-Betweens, Girls At Our Best) to the ridiculous (Elton John, Mud). Tonight they revisited the rather obscure Jean Paul Sartre Experience’s Mothers that they originally recorded in 1991.

After a glorious My Favourite Dress, they closed with 1992’s Flying Saucer (with thrashing in full effect this time) and then Santa Monica off the new album – a great way to conclude the set in both being a current number as well as one whose line ‘when you returned my smile, it all became worthwhile’ is a return to 1987’s A Million Miles.

The band are back on tour for the umpteenth time next year, this time to celebrate the thirtieth anniversary of George Best, although they won’t be hitting Liverpool then. So Manchester is calling… 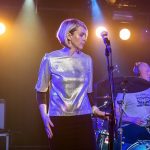 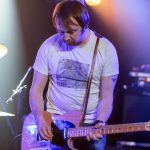 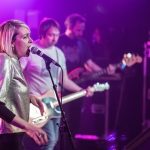 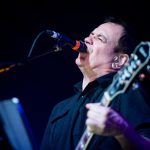 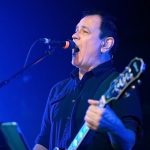 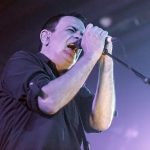 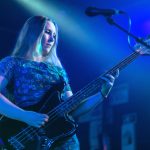 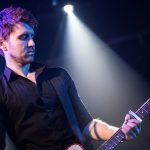