As the two tone legends are announced for next year’s lineup in addition to a raft of other Carribean arts and music, Getintothis’ Patrick Clarke has all the info for next year’s Positive Vibrations

Positive Vibrations – Festival of Reggae has announced that 2 Tone icons The Selecter will headline their 2017 edition at Constellations on June 9-10, with frontwoman Pauline Black also to appear as a panelist on the festival’s Reggae Q&A.

In addition, last year’s popular The Art of Reggae exhibition returns, a collaboration between the festival and the International Reggae Poster Contest in support of the Alpha Boys’ School in Jamaica, as well as a myriad of creative workshops, children’s events and Caribbean food and drink. 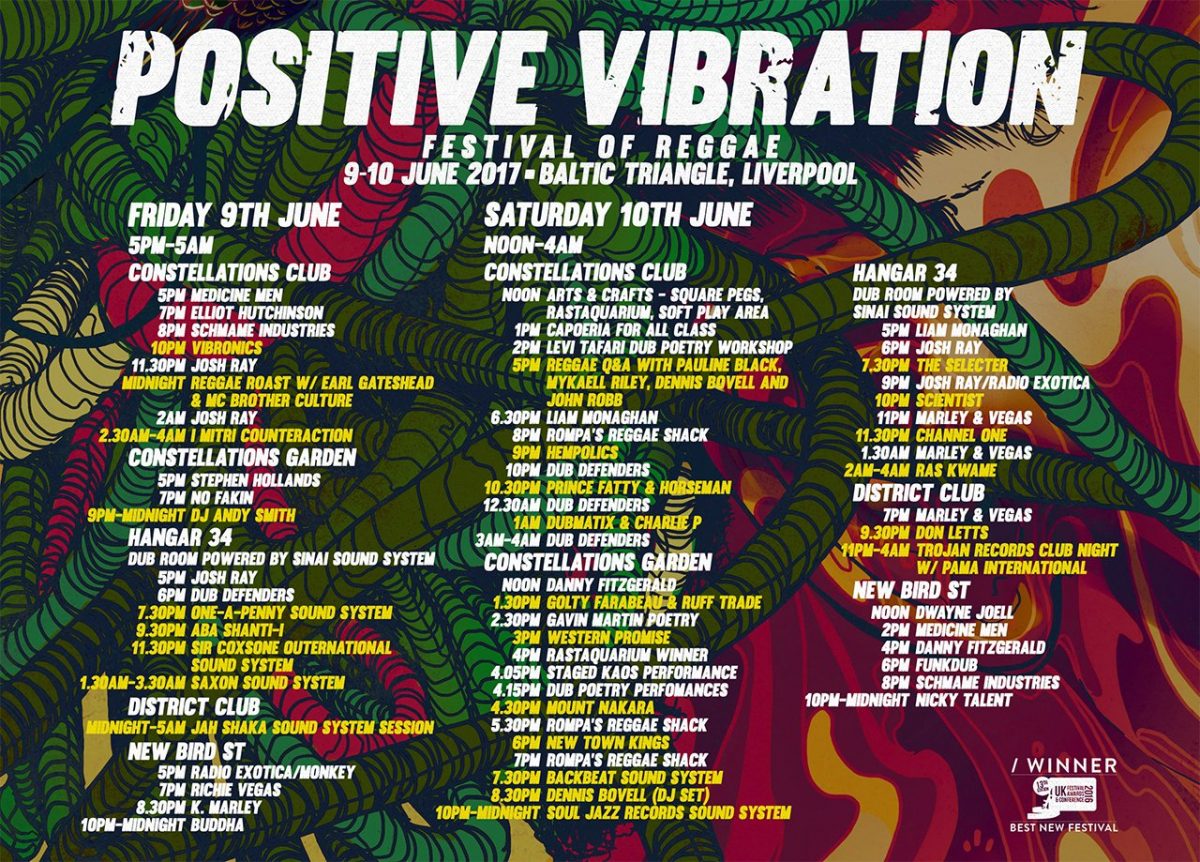