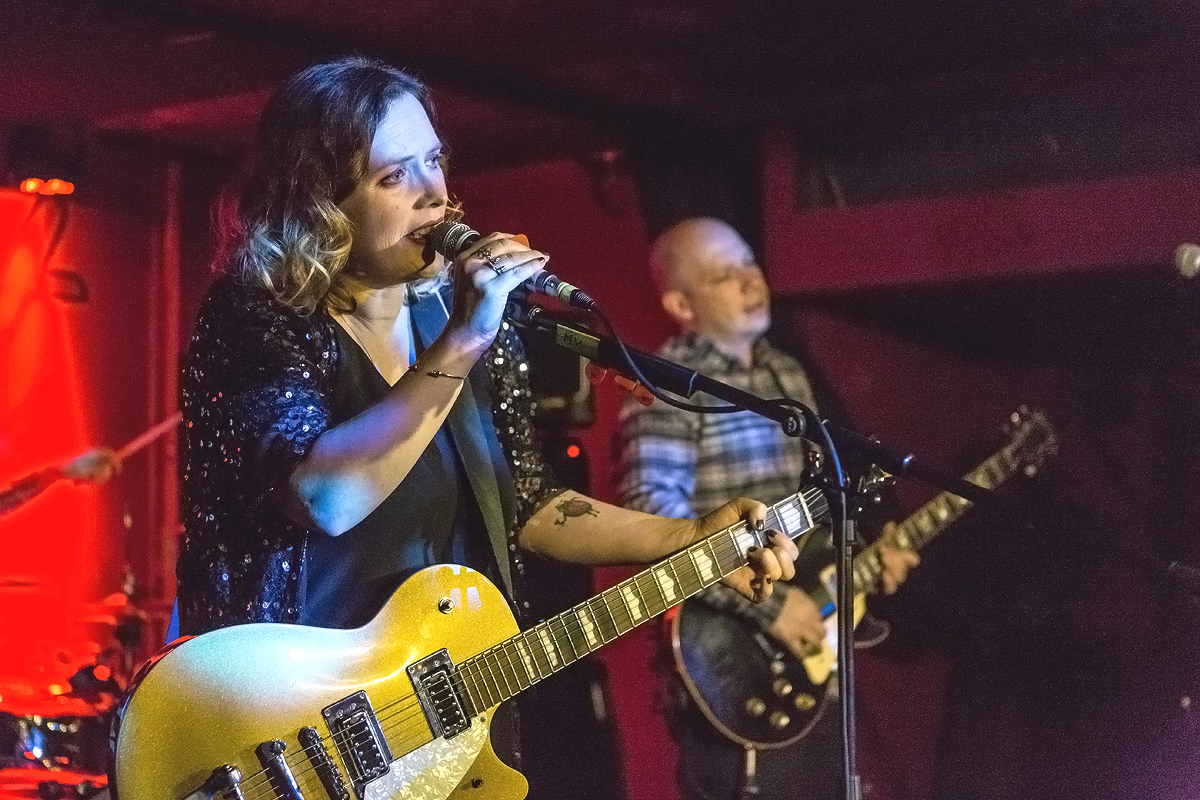 As Minor Victories give a quietly triumphant performance at The Magnet, Getintothis’ Paul Higham finds the lack of egos in this ‘supergroup’ reason for their unassuming success.

Minor Victories are that rare thing in music, a supergroup (of sorts) able to manage the elevated expectations that come with that sort of territory and to produce music that is in many ways as worthy as that of their day bands.

It is clear also that many have taken this union of Slowdive‘s Rachel Goswell and Mogwai‘s Stuart Braithwaite with members of Editors to their hearts. In the run up to Christmas and at the end of a busy weekend of live music in the city it was no doubt with a degree of caution that the promoters put this gig on at The Magnet. Yet the venue was a perfect match. It filled up nicely as the evening progressed allowing a hot and sweaty atmosphere of easy intimacy between crowd and audience to develop.

The band were on relaxed mood throughout, aided by the freedom of playing their own headline show, They looked comfortable in each other’s company and the band seemed to genuinely enjoy playing with each other, this freedom from tension and pressure came across in the music that they created.

Much like the band’s recent album, a recipe for their success is not to allow one particular style to predominate. Elements of each of the parent groups are audible but together they work to create something distinctive. With a full forceful sound that made full use of The Magnet’s low ceilings, this was loud and visceral without ever seeming either too strained or trying too hard for effect.

As on the record Goswell‘s dreamlike vocals help knit everything together, weaving around the walls of noise. Braithwaite‘s guitar still have the capacity to shred with an opulent magnificence, while the rhythm section provides real depth and substance. Bass lines are meaty and wholesome while the percussion drives things along with an edgy post-punk leanness.

There was a sense of variety here too, more than could be ordinarily expected of a band playing to all intents their debut album. Perhaps this is where the competing influences bear fruit, it forces you on one hand not to settle on a particular brand but also acts as a challenge; how to knit competing influences into a cohesive whole. It was the very sense of variety that provided a perfect window seat through a blistering journey that took in driving rock, shoegaze, post-rock motifs, motorik propulsion, shifting time signatures and moments of rare tenderness where the volume was reined in.

Near to the end of their set, the band offered something of an apology for their understandable lack of material by which the show could be drawn out. This was met with a well-intended request that they should “write more songs”. Fans of their debut will no doubt be pleased to hear that plans are afoot to produce a follow-up album in 2017, confirming that the bonhomie between band-members is anything but an on-stage affectation.

In many ways tonight showed why some super-groups work and others don’t. Big on talent and short on egos, Minor Victories are on the face of it a relatively unassuming bunch. Yet the music that they make is anything but. That inverse correlation must surely not be a coincidence.

Loved Ones opened the night, showcasing a mix of new songs from a forthcoming album due next year as well older material. Immediately it was apparent just why the inaugural GIT Award winners were selected to open the show. Although armed with more electronic influences than Minor Victories they are in many ways cut from the same cloth presenting a full and broad cinematic sweep of sound, rich in texture and atmosphere.

Delicate guitar lines overlaid piano and synth in often majestic fusion while new material revealed a harder edge, zipping along with a more forceful dynamically propulsive flair. The show was not without hiccup. A mid-set refusal of the backing track to play undermined the illusion that all is created organically by the band-members on stage, yet the backing tracks are vital, acting as a sonic emulsifier bringing it all together in a singularly impressive wall of sound.

As well as by virtue of their their songs, Loved Ones win by their natural sense of charm and endearingly self-deprecating stage presence. Nonetheless this belies a band that are serious in their art and who clearly approach their music with single-minded sense of perfectionism. And it is these very qualities that will make their new album one of the most eagerly anticipated Liverpool releases of early 2017.