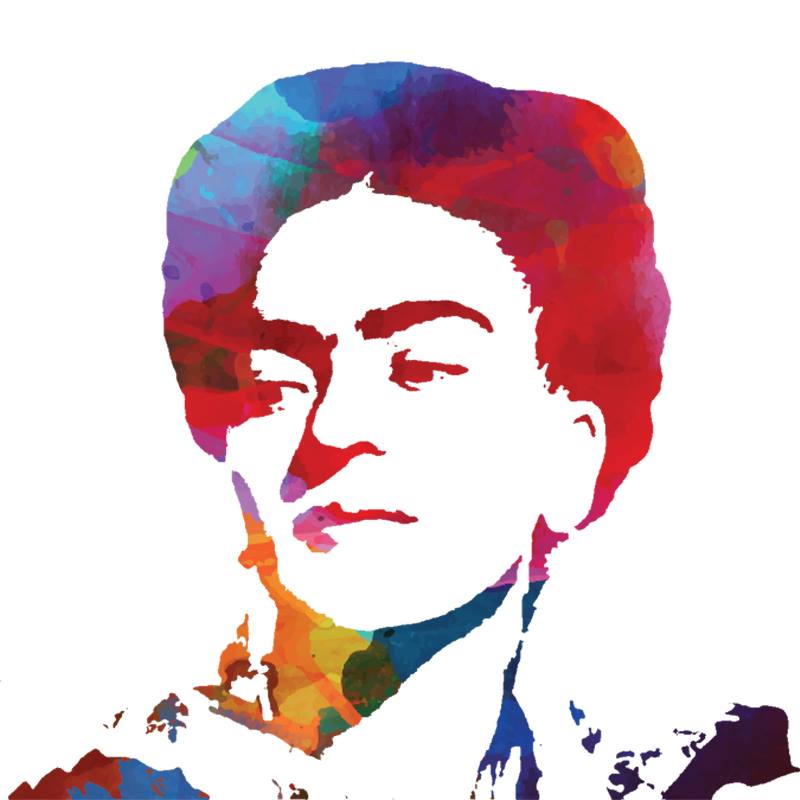 Puzzled by the iconoclastic treatment of revolutionary idols, Getintothis’ Janaya Pickett looks at the industry of Frida Kahlo.

Now call me a misery but at the time this angered me. In my mind I burst into maniacal laughter which developed into a scream as I trashed that ponsy establishment and drop kicked the trendy cashier. In reality I did nothing. I put the lip balm down and left but that product did speak to me. I had a mini-existential crisis right then and there: What was once an innocently kitch store I enjoyed frequenting now became something a bit more sinister.

I’m not sure why I reacted so strongly to a Che Guevara lip balm, I’m not a communist. I’m not even that political and I don’t pretend to be. As far as consumerism goes, I’m a total sheep – I love collecting shit I don’t need.

But a lip balm adorned by a Marxist revolutionary in an overpriced bric a brac shop on Bold street seemed extraordinarily ridiculous to my little brain. The t shirts are bad enough, I thought. Lip balm – next level.

That famous image of Guevara, taken in March 1960, ceased long ago to be a photograph of a real man in a real place. It’s now an iconoclastic tool. One used by individuals to assert something about themselves to the wider world. Nowadays Guevara is a pop icon in the same way as Marilyn Monroe. The hipster coating his or her lips in moisturiser from a tiny jar baring his image might relate to his vision but in a sense they’re doing the opposite.

I find myself returning to that memory of the Che Guevara lip balm as I witness the same kind of activity surrounding the Mexican surrealist painter Frida Kahlo who has over the past decade transcended her status as artist and moved into the realm of popular iconography.

What do you want? A Frida shower curtain? How about a Frida blanket for your friends’ newborn? Or cushions to go with those upcycled chairs? There’s even a Frida themed toiletry travel set for when you go backpacking. Yah! You name it and it’s probably available on etsy.

But as mentioned previously I have a tendency to collect shit and having three pairs of Frida earrings and a framed picture of her in the hallway I am indeed part of the problem. Don’t let the witty misathanropy fool you, Frida mania swept me up good and proper, like the doofus in the Che Guevara t-shirt, and I didn’t even see it coming.

When studying art in college around 2001/2 we were encouraged to get inspired by existing works and once, flicking through some anthology, I came across Kahlo‘s 1938 What the Water Gave Me. The perspective was interesting, a POV painting of the artists legs and feet in the bath, her toes reflected back in the water. Kind of like one of those selfies you see on Instagram.

Contrasting this everyday but intimate image a scene is played out in the water surrounding her; The Empire State Building erupts from a mini volcano, two tiny naked women embrace on a bed, another is strangled and floating in the bathwater – a man on an island is holding onto the cord around her neck, like he’s fishing – and much gruesomeness besides.

This was my first encounter with Frida Kahlo and I suppose as an emotional teenage girl I was drawn to the morbid feminist perspective in her paintings. But aside from that I didn’t know or care to know about the artist – I was seventeen and I’d just started going the Krazyhouse.

Around the same time the biopic Frida was released starring the devastatingly luscious Salma Hayek and although I wasn’t to see it until a few years later, this is when the mania really kicked in.

Both a critical and commercial success Frida is one of the most important events in the historiography of Kahlo as icon.

The noughties brought with it a new sexism: an explosion of internet pornography, lads rags like Nuts and Zoo, Babestation and seemingly endless images of sexually available women with orb like tits, pumped up lips and absolutely no body hair (let alone personality) whatsoever. Looking back, I was ripe for a different perspective, a different model to look towards. The biopic, some books and a plethora of memorabilia later and here we are.

Kahlo was born in 1907 and very much a child of the Mexican Revolution. In her mid teens she began to associate with Marxist philosophies which would lead to a life long love affair with communism.

During her late teens she was involved in a bus accident which saw her ribs, legs and spine broken in several places and a handrail pierce her abdomen severely damaging her reproductive organs.

Although these injuries would mar her for the rest of her days (as well as being a catalyst for her becoming a painter), Kahlo went on to live a fantastically full life. She married national treasure, muralist painter and fellow communist Diago Rivera and with him moved within the intellectual circles of 1930s and 40s Mexico.

During their famously tempestuous relationship both parties had affairs and at one point divorced before remarrying. Kahlo had encounters with both men and women, two of the most famous being her affair with Leon Trotsky and rumoured liaison with jazz performer Josephine Baker.

At this time Kahlo was mostly known as the transgressive Mrs Rivera. Her traditional Tula style of dress caught the attention of Vogue and Vanity Fair and she was, in the public imagination at least, a bit of a WAG. She finally succumb to the life of pain and disability triggered by the bus accident and died in 1954 aged just 47. It was not untill about 20 years later however that her reputation as an artist really began to flourish.

During the 1970s and 80s some profile exhibitions of Kahlo‘s work coincided with new social movements in Western Europe and the United States: the second wave of feminism, gay liberation, the Chicano movement and other emancipatory causes. Kahlo‘s work intersected well with all of these concerns. She was rediscovered, quickly becoming a radical icon and the highest prized female artist with her paintings selling for millions of pounds.

Kahlo entered the consumer market by then attracting Hollywood attention. After the success of the 2002 film her popularity increased exponentially, but once again it was based on her life and times rather than her art.

What is interesting in the case of Frida Kahlo however is that she is somewhat implicit, from beyond the grave, in her own 21st century marketability. In a Guardian article this summer one writer crowned Kahlo ‘the world’s first selfie superstar’, a large percentage of her output being small and easily reproducible self portraits. Her self-fashioning was distinctive and considered in a way that is more relevant today than perhaps it was in her lifetime.

We live in a time where we construct narratives about ourselves using these types of symbols which we then project outward in the hope of some validation. The Che Guevara lip balm and the cult of Frida Kahlo are evidence of meaning being stretched and contorted over time to fit any given situation or product.

The fact that Kahlo constructed these images herself suggests that she understood very well the power of representation and, communism aside, may have been quite proud of all the fuss.