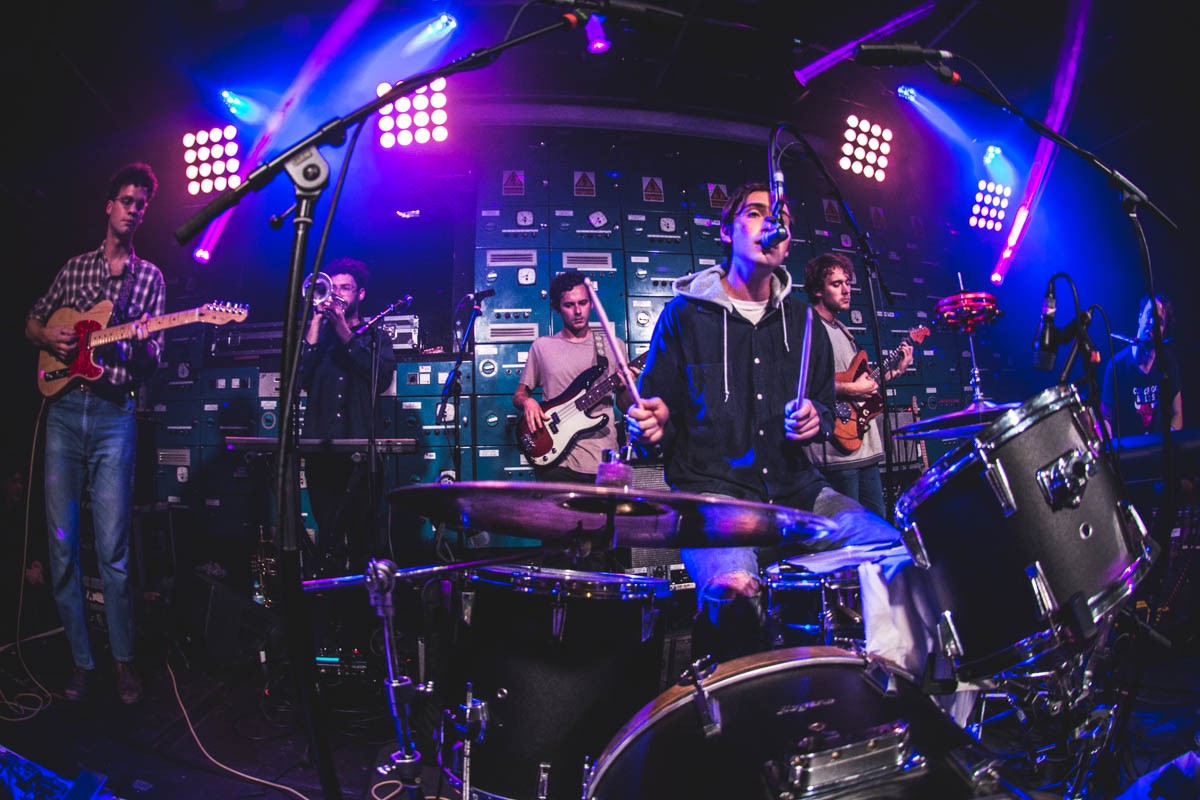 Whitney played a rain sodden Manchester on the US Election night and Getintothis’ Greg O’Keeffe
was left mesmerised.

Whitney are selling out shows faster than liberal Americans are checking out Canadian house prices right now, so catching them at a cosy venue like Gorilla was a bonus.

Riding the wave of positivity afforded their debut Light Upon The Lake album, the Chicago newcomers could soon be playing bigger, if less charming, places.

They certainly left everyone who braved the Manchester rain (yeah, seriously! who knew?) glad they made the effort on Tuesday night.

Starting at a dragging mid-tempo, she thankfully shifts up a gear, letting Coming of Age’s’ strong melody shine.

At times, particularly in Motherland her sparse vocals recall the sinister alt-country of Lera Lynn, while others she’s more traditionally indie-pop; like the love-lorn lament of LA Dream.

The musical genius that is Tiffany Trump: Read it and weep

Pretension is something you could forgive Whitney for, such is their impressive musicianship.

But even though main vocalist Julien Ehrlich is playfully diva-ish with his gripes about the bright lights trained onstage, and his moans about being too hot (take your hoodie off, mate) they’re largely happy to let their music do the talking.

It’s a solid plan, because it talks astonishingly well.

Ehrlich’s falsetto is an instrument of marvel, think Elliott Smith or Justin Vernon but cleaner and with hints of Brian Wilson or Don Henley.

Each song of a lean, 50-minute set is perfectly self-contained – never out-staying its welcome as they glide from country to soft-rock to folksy without losing a fraction of authenticity.

Just don’t ask them about the US election.

Ehrlich’s command to one audience member: ‘Don’t mention the election, there’s no fucking point talking about that shit.’ only sparks a brief chant of ‘Hilary’.

‘There’s no need to start a chant though, we all know it,’ adds Ehrlick. ‘Now we’re going to play a song about getting too fucked up. On election night.’

Let’s hope he was drunk enough to ease the shock of the subsequent result, which judging by the band’s Twitter, he took badly. We feel you.

For now though Fall River (‘This one’s about dying’) was delivered with effortless grace while the album’s title-track – played with stage lights down low – left everyone mesmerised.

A cover of NRBQ ‘s 1972 song Magnet – joyously performed (‘special’ was Ehrlich’s verdict and he was right) hints at their other influences along with Steely Dan and Supertramp.

They teasingly save the best for last. Haunting single No Woman (‘About having a girlfriend and then not having one’) puts the gloss on an effortless, brilliant set.