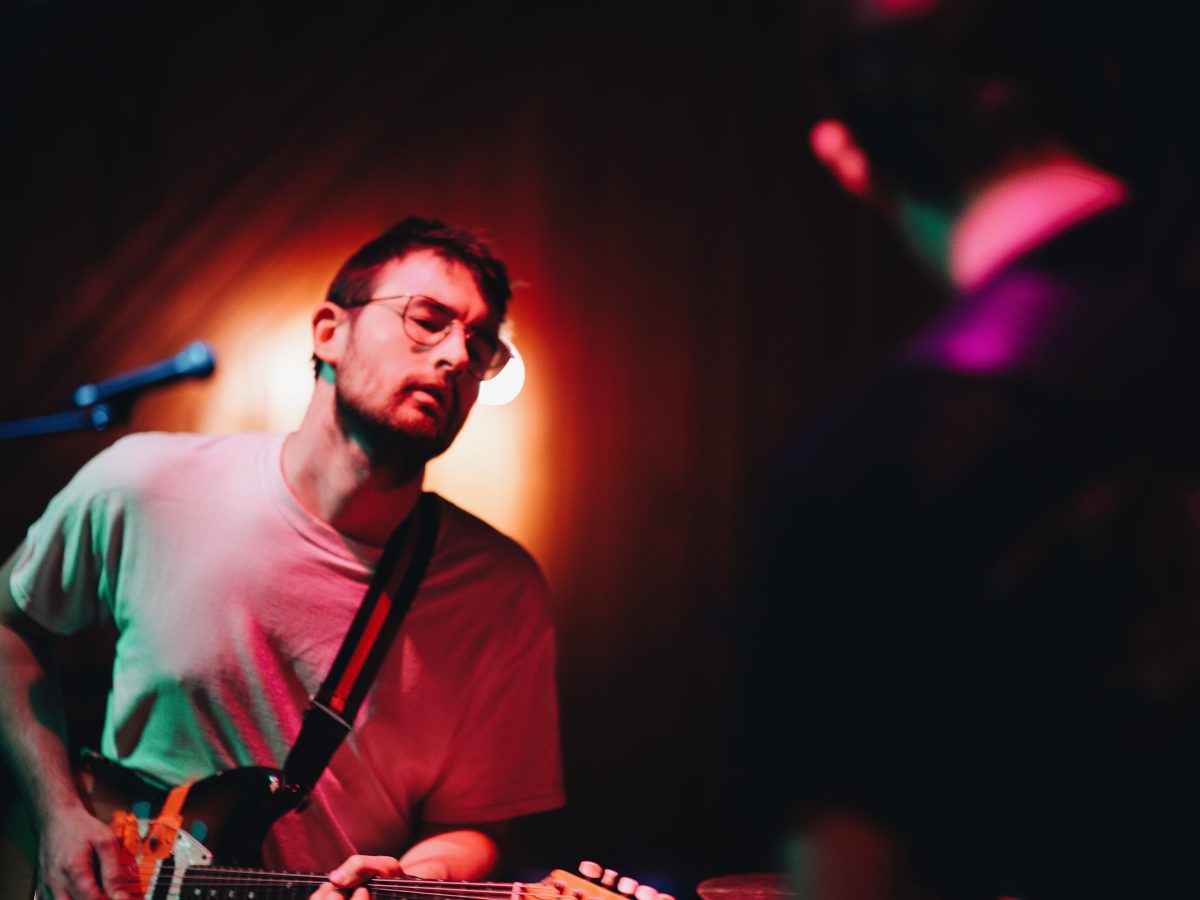 With a brand spanking new album out, Chichester post-punk trio Traams come to Liverpool’s Studio 2 on Parr Street as part of their UK tour.

They bring their distorted and fuzzy sounds to an intimate crowd.

The band were joined by Widnes noise rock band Mums, who took the support slot following the release of their debut album.

Another trio that manage to make a raucous noise. The band joined several dates with Traams, and as this was their last one, they made it count.

Traams new album, Modern Dancing, is a moody mix of alluring screeching guitars, punching drums, scrappy vocals – and Traams are one of the few bands out there that can get away with utilising the fuzz of feedback as a tool to fill the gaps between their ridiculously contagious riffs.

Our photo review of Peaches show was a cracker: see it here!

It was a noisy night with two fantastic bands and was not one to miss, if you were unfortunate enough to not make this gig, our photographer was on hand to capture the event.