The last time the Sisters of Mercy played Liverpool was when they visited the Royal Court in 1986. In that year Prince Andrew had announced his engagement to Sarah Ferguson, Amstrad acquired the ZX Spectrum and the nation was anticipating Dirty Den’s revenge on his wife Angie. 31 years is a long time to wait between gigs.

Before the Sisters took to the stage, they were ably supported by the Membranes, another act from back in the day, but one who take to the boards more regularly than the Sisters. Their muscular post punk was well received and they impressed again tonight, In fact, The Membranes seem to be on something of a roll at the moment, with their new album Dark Matter Dark Energy gathering positive reviews. Lead Membrane Jon Robb is so ubiquitous as a social commentator/talking head on TV these days that at first it seems a little odd to see him onstage making music.

As the gig finished Robb shouted that if anyone wished to buy a copy of the new album he would be stage front “in one minute” to sell them. True to his word, he took his bass off, picked up a box of CDs and was soon chatting to fans and selling his wares. A good man and a good gig.

While waiting for the Sisters to make their appearance, the waiting crowd could do worse than cast their eyes around the Olympia, taking in all the grandeur of the venue. The place has echoes of the Royal Court back in its heyday and is currently attracting an impressive number of bands. The Olympia is a very welcome addition to Liverpool’s venues and an even more welcome alternative to the O2.

Read our Lost Liverpool feature on the Royal Court Theatre

Dry ice was pumped from the stage as the time came for the Sisters of Mercy to emerge. Now, the Sisters were a very important band in the nascent goth scene of the 80s. This writer was heavily involved in the scene as it emerged and can clearly remember the Sisters being the first post punk band to have long hair. Until then, early goths wore their hair up, spiked or backcombed and dyed various bright colours. The Sisters changed all that, and also brought all black clothes with them. They were influential, they mattered.

Since then, there has been a curious trend, politely called Heritage Acts, where bands with no new albums to plug continue to tour, playing their back catalogue to the fans. At its best we are treated to gigs full of classic songs and bands that can transport us back to our youth for a short time. At its worst we have the strange spectacle of bands who effectively become their own tribute act, playing their songs with seemingly no appreciation for them other than as a vehicle to generate income. Sadly, tonight the Sisters of Mercy fell firmly into the latter category.

There has been an unfortunate tendency in the past for the original goth groups to turn into bad metal when searching for a way to develop their sound and to appeal to a wider audience. The Cult are the classic example of this, but others such as Killing Joke and Rose of Avalanche followed. It is down this weary path that Andrew Eldritch has led the latest incarnation of his group.

The Sisters’ sound was one of nuance, of subtlety, of intertwining guitars and a drum machine that at times sounded ghostly, almost there. The Sisters of 2016 eschew all this for feet-on-the-monitor cock rock at its worst. Starting out with the dancefloor fave More, the chugging guitars steamrollered over any melody and hooks, relying instead on power chords and guitar solos. Even the Sisters faithful drum machine, Dr Avalanche, has gone ROCK, with loud, echoing snares replacing the more tempered sound of old.

Body Electric trundled past, barely recognisable as one of the great Planet X floor fillers, with trebly rock bar chords smothering almost all traces of the song. Valentine fared even worse, this slow burn of a song becoming an excuse for more unforgivable soloing. Eldritch himself seemed to be lost in the mix, his vocals scarce and needing to be backed up by singing guitarists. For some reason, the new Sisters of Mercy have no bass player, but a keyboard player at the back of the stage only occasionally visible through the dry ice. The bass in the Sisters‘ recorded work was never flashy, but it was always solid, and held their songs together, gave them depth. It was sorely missed tonight, but at least we were spared a bass solo!

It isn’t that the Sisters don’t have a great body of songs to draw from, Alice is a stone cold classic and it was a treat to see Finland Red Egypt White from the Sisterhood’s Gift album in the set, but again, all texture and shade was stripped from the songs and sacrificed to playing everything louder and faster than the original songs. Maybe this is progress.

The Sisters’ trademark dry ice overload (who can forget their Old Grey Whistle Test appearance when their insistence to use the dry ice in the studio rendered Annie Nightingale almost invisible) only served to make them faceless tonight. Who is in the current lineup? Does anyone know? Does it even matter?

To be fair to the band, the audience seemed to love it, with plenty of people dancing, cheering and getting up on shoulders. They certainly seemed to have a better time than I did, so perhaps I am missing out on something and I am being far too negative, taking this too seriously. But for a Sisters fan of old this was something of a sorry spectacle. 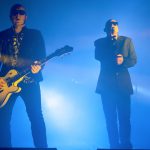 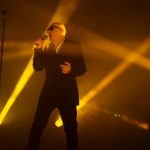 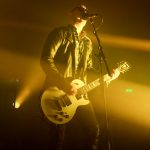 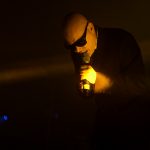 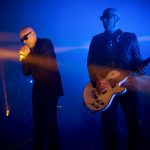 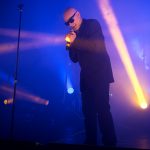 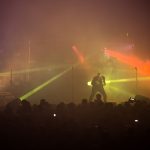 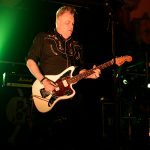 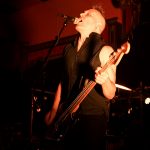