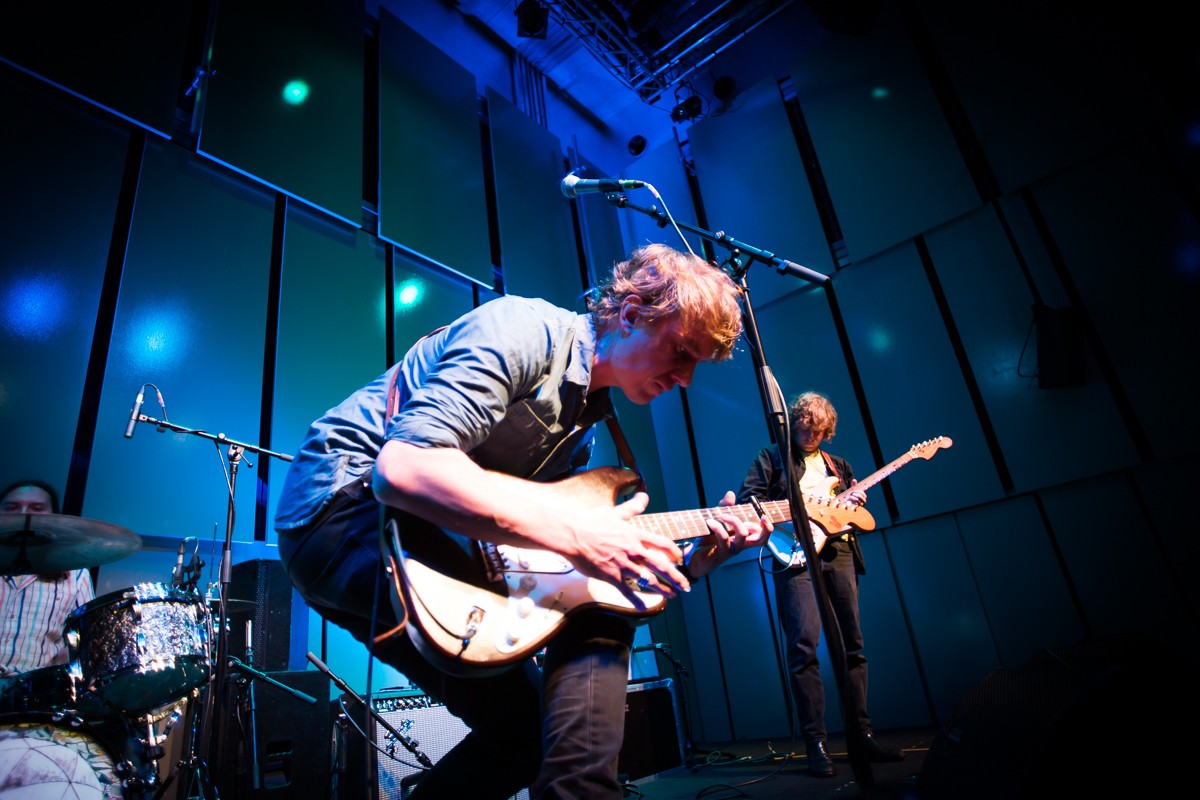 The Brooklyn-based songsmith landed in Liverpool at the beautiful Philharmonic Music Room and Getintothis‘ David Hall was on hand to rock out, in a genteel manner of course.

To anyone familiar with Steve Gunn‘s work, he needs no introduction. But to give a potted history of his near decade-long career so far, Gunn is perhaps best known as Kurt Vile‘s right-hand man, playing guitar with The Violators. Branching out as a solo artist, he has released an almost-countless amount of solo albums, split LPs and EPs since 2007.

Gunn‘s older material tends to be more expansive, whilst his new album is concise, to the point, and almost poppy in comparison with his past work. Still, his music retains its wandersome, meandering charm; he just tightened it up for a debut with indie heavyweights Matador Records.

Anyone who has heard Gunn‘s Matador debut Eyes On the Lines will know the score. His repartee has been stripped back to its essence. There’s something unmistakably American in his music. It feels like the product of hours-long trips through sparse, low deserts along roads where you never have to turn the steering wheel more than a couple of degrees.

So it proved at the Philharmonic Music Room, with the notable augmentation that the low, lonely Americana that Gunn conjures on record fizzed with energy live. His spectacular, effects-laden solos and chasms of distortion were testament to that. His accomplishments as a guitarist are almost impossible to understate, Gunn‘s finger-picked guitar solos in particular were scorching and testament to his unbelievable musicianship.

The week is still young! Check out our Gig Guide for this week

Elk River Blues had a stoic poeticism reminiscent of the late Leonard Cohen, a song Bowles was inspired to reinstate into his set list recently; whether consciously or unconsciously, this might be a reason. If Steve Gunn‘s music evokes travelling through a wilderness, then Bowles‘ connotes getting sunburnt and dirty with the coyotes and cacti.

Gunn himself meanwhile opened up with a solo rendition of Old Strange, continuing Bowles‘ theme of rediscovering songs, in what Gunn himself described as “fucking scary” post-election times. His Music Room turn was full of tense but enjoyable pregnant pauses both in his loosely-structured music and his laid-back manner between songs.

Although his new album might be a masterclass in restraint, live Steve Gunn reverts to type. His laconic, soothing voice layered over shimmering, clustered guitar lines with almost Eastern lilts stretched each track way over the heat-hazy horizon. His material flared with restless songs that barely hung on a chord for a moment, but then hang on for over five minutes each, all buoyed by melodic bass lines and Bowles‘ steady drumming.

The guy also refreshingly did not give a fuck onstage; he had the calm reassurance of a performer twice his age, with all the time in the world and the audience held in his palm. Here’s to Steve Gunn, and also to the Philharmonic Music Room, one of the best-sounding venues on Merseyside.