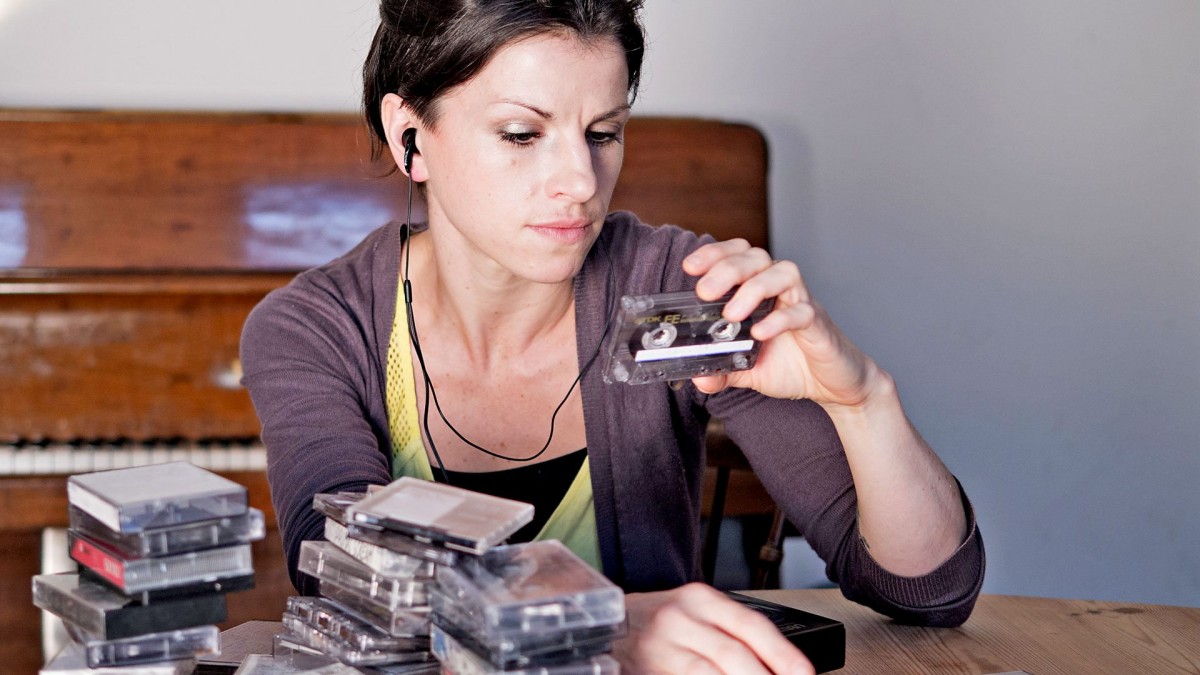 Inspired by BBC Radio 4 documentary A Mixtape For Gus, Getintothis’ Janaya Pickett takes a look at how music can act as therapy for our mental health.

Isn’t it fascinating how music can transport you to another time and place in your life? Where you were, doing what, with whom.

It can come flooding back instantaneously by listening to a few bars. You could be standing in a supermarket mindlessly choosing your bog roll then staring suddenly into the emotional abyss of a distant tune coming from the tannoy. The way music plays with our memories and emotions is very intense. We take its power for granted really, not always seeing that music gives us meaning and the search for meaning is a struggle conditional to us humanoids.

Pondering the mysticisms of music is nothing new and neither is academic study of it. At a ‘music dynamics lab’ in the University of Connecticut, for example, a group of nerds have been looking into the way in which music speaks to the brain. Psychology professor Edward Large and his team of researchers are using functional MRI scanning to map exactly how the brain responds to music and they’ve concluded that music is a language.

Not only is it a language but one more compatible with the brain than speech. Music, apparently, communicates more efficiently with our neurological processes or whatever. Professor Large put it better when he said: “Speech has a lot of these abstract symbols called words, and that gets kind of complicated. Music doesn’t have that which is why we believe we are going to understand music and emotion  long before we understand speech and emotion.”

The team at UConn are positive that their studies could be used in understanding and helping those on the autistism spectrum. By visualising emotional processes in the brain – coerced by musical stimulation – it’s possible to better trace neural patterns and in turn understand when those patterns differ.

The use of music in caring for those with Alzheimer’s and other forms of dementia is also backed by strong scientific evidence and used widely with positive responses. Both age UK and the Alzheimer’s Society place emphasis on the therapeutic potential of music.

Music can also help us through everyday tragedies such as loss. The death of a loved one is possibly the hardest emotional experience that most of us have or will have to go through. In doing so we encounter thoughts and feelings that are incomprehensible, indescribable and overwhelming. At times like these certain music can hold particular resonance by communicating to us when words and actions will not suffice.

One example of this is Oxford composer Emily Levy‘s 2014 BBC Radio 4 documentary A Mixtape for Gus. Five years after her brother Gus‘ accidental death, Levy documents the monumental task of sorting through the mix-tapes he sent her periodically since their teen years. In doing so she aims to make one last mix-tape to encapsulate them all and as a musician be inspired to create a new and original piece. As a sister, she longs to learn more about Gus and more importantly face up to the tragedy of losing him.

What immediately becomes clear is just how much of a muso Gus was. His tastes vary widely and within the first five minutes of the thirty minute documentary we’re treated to snippets of Bjork, Peggy Lee, Tom Waits, Curtis Mayfield, and B B King. Throughout the documentary Levy records her thoughts as she scrambles through the tapes that you can hear clattering in the background. Her feelings are audible and the nostalgic experience of handling the cassettes add another layer of emotion to this heart breaking programme – proving the attachment we have not only to music but the means by which we play it: “Even this feeling of this fast forward play thing is making me feel like a teenager” Levy says, giggling.

As part of her exploration Levy interviews three of Gus‘ closest friends who he also shared tapes with. They discuss the role that music played in their relationships and the songs that are entwined with Gus‘ memory. His friend Kirsty says he “had a rhythm and a movement and a reaction to music like nobody else I remember … The care that he had around discovering music, following music, cataloging it and sharing in it … was infectious“. Gus didn’t follow trends and they muse on him being “his own algorithm for music” and that although his taste was eclectic it was subjective. “He thought very deeply about a lot of things, especially music” Kirsty adds.

Have a hunt through our Unknown Pleasures archive, full of rare musical gems

In terms of sharing music Levy talks to Gus‘ school friend Robin who remembers in particular the mix-tapes he was sent whilst living in Japan. He describes the comfort of the gesture and the connection to home that they provided. Throughout the documentary the idea that Gus had sat in real time and collated the tapes holds a distinct weight, an experience now lost to modernity.

When Levy asks Robin what songs or tapes in particular he associates with this time he sites a Mary Anne Hobbs 1998 Breezeblock session by Bjork unaware that Gus had also sent this track to Levy who was equally taken with it. They discuss these tangible connections created by Gus using the music he loved. Levy then goes on to explain that for her music is divided into ‘before’ and ‘after’ his death, “all music since has a slightly different quality for me” she says.

The experience culminates in Levy‘s first festival post Gus. Music festivals, she says, were something that they had always enjoyed together taking the “camping, getting wrecked and eating side of things” very seriously. For them it was about “discovering new people, sharing confidences … the kind of intimacy that comes from being in a massive collection of people“.

On returning from Under the Stars festival she records her reaction to watching Richard Thompson sing Beeswing – a song that holds particular resonance as a version by Christy Moore featured on the last compilation Gus made for her. She fell in love with it and incorporated it into her own performance set as well as recording it for a her Father’s 60th birthday just months after Gus had died.

These thoughts, feelings and connections emerge clearly as Levy stood “listening to Richard Thompson sing his song that he’d given to Christy Moore who took it and made it his own and then Gus fell in love with that song … and I gave it to my Dad and then five years later I’m stood watching Richard Thompson for the first time singing that song. Receiving that [song]in a new way“.

It’s heavy listening. We defy any one of you to listen to this documentary and not feel a pang in your heart.

Although the experiece is raw Levy describes it as “strange and beautiful” and that before doing the mix-tape she’d purposefully tried to ignore her grief. Through the making of the documentary, Gus‘ music and his friends she realises the importance of engaging with it. Towards the end of the documentary she finds that it’s a balancing act. “It’s something about how to take the joy from it … as well as admit the sadness of it all really“. Such is life.

Music in this case is so much more than the glitz and glam of the industry, or that new band, the ‘scene’ or the social media accounts – it is not exclusive, it’s innate. To use cliched quotes it’s the ‘food of love’ (Shakespeare), the ‘shorthand of emotion’ (Tolstoy) and ‘without music, life would be a mistake’ (Nietzsche).

It’s an extension and an expression of our life experience. As Levy concludes “it’s like it leaves a paper-trail through lives and relationships of songs and lyrics and beats“.

The mix-tapes represent her brother’s essence – his lust for life, his open mindedness and creativity. The influence he had on his friends and family through his music validates him and as such part of him lives on.

You can listen to A Mix-tape For Gus here (but be warned, you may need a tissue).