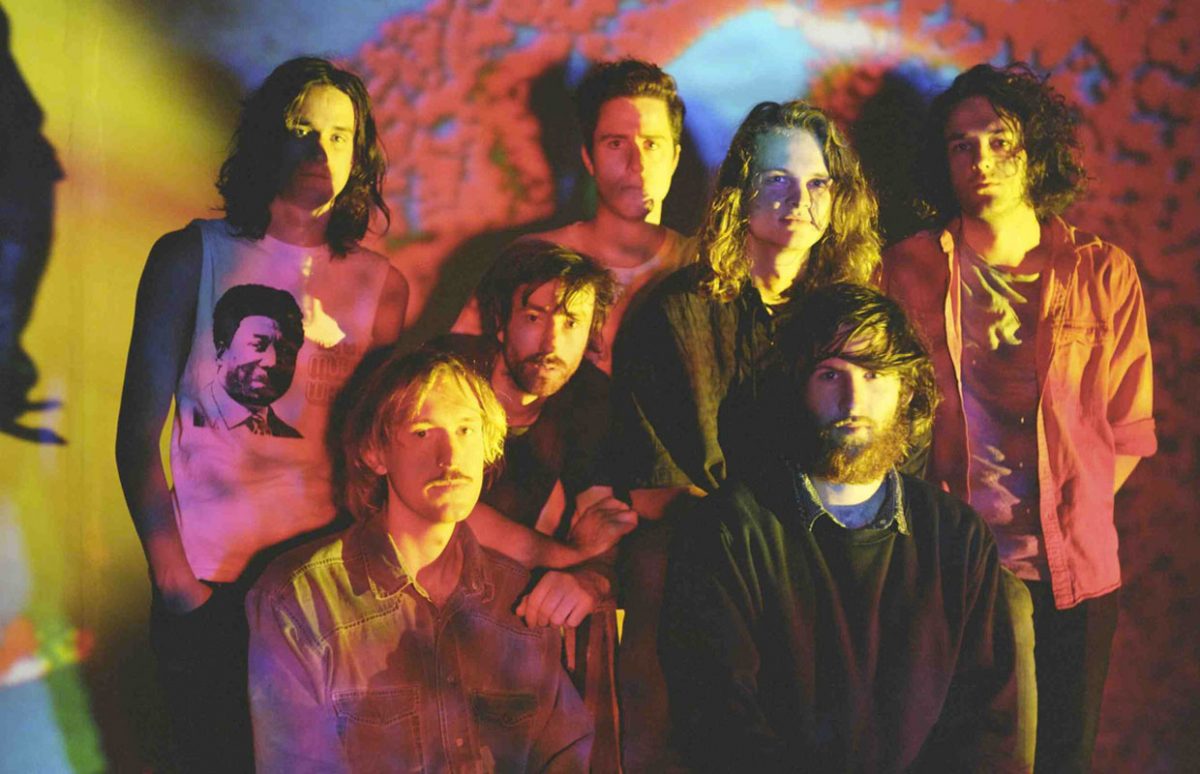 King Gizzard and the Lizard Wizard

Retreating into some Oriental ambience, Getintothis’ Matthew Wood discovers some ocean-spanning garage punk and is once again astounded by one of the most prolific bands on the planet.

The ever-astounding psych mutants King Gizzard have recently made their future goals apparent; they aim to complete a staggering five albums in 2017 alone. Based on how prolific the freaky collective have been in the past years, it’s probably a task that only they can accomplish.

Rattlesnake is another whacky wave equipped with self-modified microtonal guitars producing fittingly freaky riffs. The simple chorus quickly slips into your system despite it’s unorthodox sound and you’re soon pulsating to the fierce Krautrock beat that has become so typical of them.

Flying Microtonal Banana is out February 24 on Heavenly Records and it’s gonna rock your world one fraction of a semitone at a time.

I recall writing an introducing piece on Danye earlier this year and I lapped up their sun-kissed psychedelia with great pleasure.

Recently is an sparkling effort of equally sumptuous psych crammed with crystal clusters of guitars and a ride driven beat that fizzes throughout.

A massive, My Bloody Valentine style guitar roar churns up the glistening surface momentarily, adding to the fierce energy of Danye as a unit; keep the tunes coming fellas!

Kassassin Street – Do Or Die

Taken from their upcoming 2017 EP Freak, Portsmouth’s gutsy quintet Kassassin Street are set to follow up their major live successes with another UK tour before we break into the new year.

Brimming with attitude, Do Or Die uproots that angsty drive of the likes of Peace and The Futureheads and merges this with a punchy blend of psych complete with a thick, dark bass line and a mighty fine hook.

You can catch them at Arts Club on December 3.

Pop duo hailing from Sydney, Australia, Port Of Spain integrate what can make electronic pop sparkle. Atmospheric synth chords recalls the psychedelic pop of Frank Ocean’s latest record while the trap style beat gives it another facet of contemporary success, suggesting that the duo are appealing to the masses.

Amy Rose‘s vocal is one that could accompany anything from the organic timbre of an acoustic guitar to a heavy rock ballad, equally her vocal floats fantastically in the midst of electronic pop. A deftly produced track that could evolve into something special for this Aussie pair.

Foolish shines through its quality of production, plodding steadily on a crisp beat, well textured with shimmering strings and clean crooner vocal delivery.

Touched with a dose of sentimentality, it’s a emotion stirring song of love and regret, encapsulated in a new sound with a nostalgic resonance.

An old new one here for you from 2010 that was never released by the band. Originally recorded for the Red Dead Redemption soundtrack, Mountain Game was not used in the end and has been in the Animal Collective vault until now!

There’s a real power in Animal Collective’s music, whether they feed off something wholly experimental, opt for a dance-y anthem or delve into something ambient and pensive, they do so with an edge and quality that is entirely their own.

Mountain Game is of course taking a few steps backwards down the AC timeline, but it’s a reminiscent trip that just shows how progressive this band have been over their extensive careers.

Getting lost in an immensely ambient track is favourite pass time of mine, letting your mind become fluid with the music, moving from one effortless thought to the next. Well for those of you who share in the soothing sessions, there’s a new soundtrack for your time.

Visible Cloaks is Spencer Doran and Ryan Carlile hailing from Portland, Oregon. In their latest track they team up with a friend Motion Graphics and his classical flute playing abilities to produce something that has no given path, it wanders among Oriental woodwind and crystal chords that create snippets of sky for this ‘environmental’ effort.

A sumptuous helping of exquisite electronic pop from Irish songstress Laoise, taken from her EP ‘Halfway, out in January.

You offers a valuable lesson in the power of production, opening with secretive whispers that tickle the senses before a buzz-laden bass line and echoing crack beat float nearly beneath Laoise’s fresh, crisp vocals.

Well layered and finely executed, You is a dreamy dose of chilled pop with a resonance of raw talent among contributors; we look forward to more!

They embark on a whopping UK tour starting in March, Big Balloon is out February 17.

One to get the blood pumping, Pale Angels span the globe from New Jersey to Swansea and pack a bundle of riotous garage punk complete with gravelly throats and a good old three-chord chorus.

Commenting on the nature of modern society, Taped is a two-minute uproar targeting the violation of human privacy and how paranoia encroaches into our daily life. Despite the roaring edge to the song, the band harness a pop-element that is retained amid the ruckus; perfect for a sweaty sing along.

The bands upcoming album, Daydreaming Blues is out November 25.