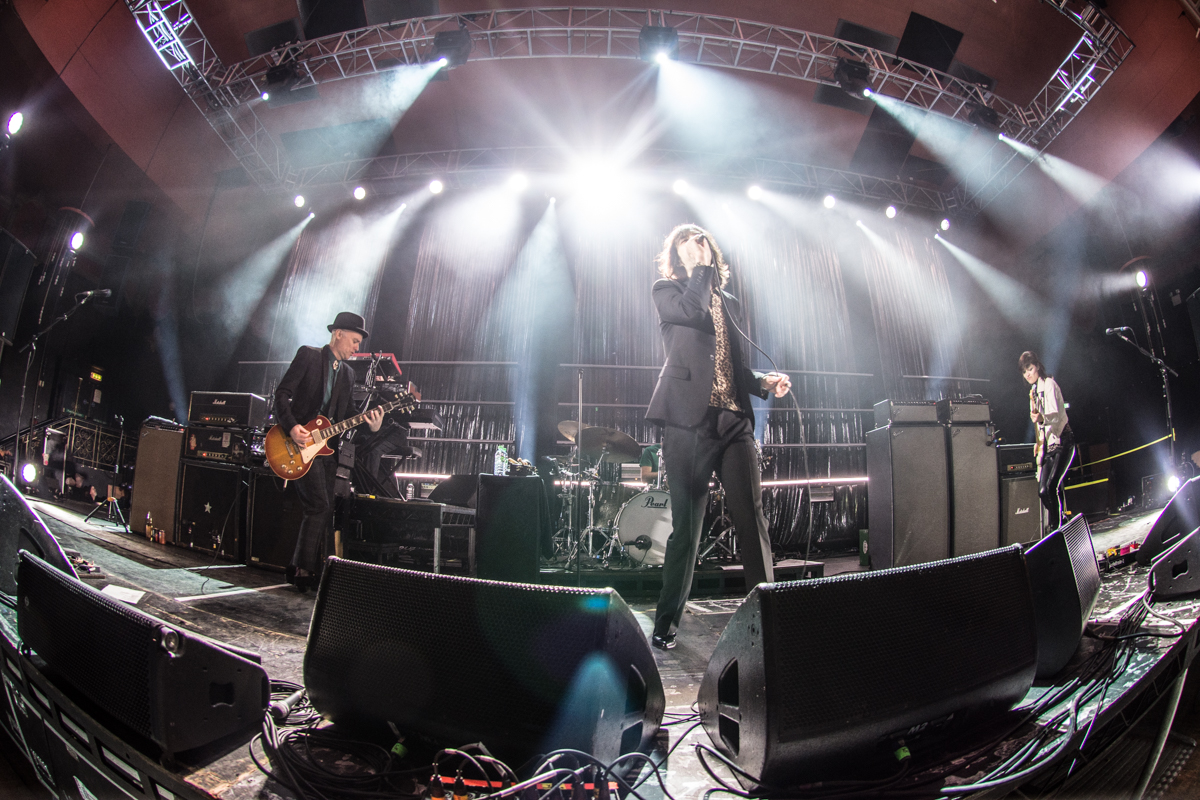 Primal Scream become the latest act to treat the boards at Liverpool’s Olympia as Getintothis’ Banjo makes it a brace of visits for the weekend.

Liverpool’s Olympia is having something of a purple patch at the moment, with an impressive run of gigs.

This weekend alone sees the Sisters of Mercy with The Membranes play on Friday and Primal Scream take to the stage on Sunday.  There are also further shows lined up from Embrace, Shalamar and Ocean Colour Scene, amongst others.  Those of you who might be thinking that this is a nostalgia heavy line up stop right there – Primal Scream do not fit into anyone’s rosy nostalgic worldview.

The Scream, as they’re known to their friends, are still writing and releasing exciting new records, unlike many of their contemporaries.  Never a group to stand still, their latest album, the excellent Chaosmosis, sees than band unleash their poppier side to great effect and is a worthy addition to an engaging and sometimes challenging back catalogue.

Leader of the pack Bobby Gillespie has long been known for having an excellent record collection and both he and Primal Scream have never been afraid to wear the influences brightly and proudly, whilst still being able to create something that is noticeably and defiantly them.  This tightrope act indicates a care and skill in songwriting that may not always be apparent when they bring their rock game to the fore.

Why Screamadelica remains such an iconic album to so many people

Tonight, Primal Scream light up Liverpool. Starting with one of the all time classic album openers, Movin’ On Up, they set their store from the very beginning.  Going straight into Chaosmosis highlight Where the Light Gets In, the band showcase the way they can effortlessly move between eras and styles.

One criticism it is easy to level at the band on this showing is that it features a much slimmed down Primal Scream.  Gone are the brass sections, backing singers and even a second guitarist.  This results in them relying a little too heavily on backing tracks – and really, at this level that may be described as perhaps a little lazy at best and short changing the audience at worst.  That said, Primal Scream have often refound themselves when forced to become leaner, and this would not be the first time they have been accused of relying too much on technology.

The technological advances in equipment mostly makes up for missing band members, and some clever effects on the backing vocals also help a great deal.  To be honest, unless one was looking for fault in their set it would be hard to spot any.

Classic followed classic as the Scream delivered almost a greatest hits set, which provided a reminder of just how wide ranging and impressive their 11 album repertoire is, and just how effectively they continue to add to it.  Never a band to settle into a comfortable niche, their songs range from Stonesy R & B to acid euphoria to balls out rock, but no two songs in tonight’s set ever seem to jar or to sound incongruous in each other’s company.  Try if you can to name one other band who could follow such a rave classic as Loaded with the rock swagger of Rocks and still have it sound like an easy, almost obvious transition. I imagine you can’t. 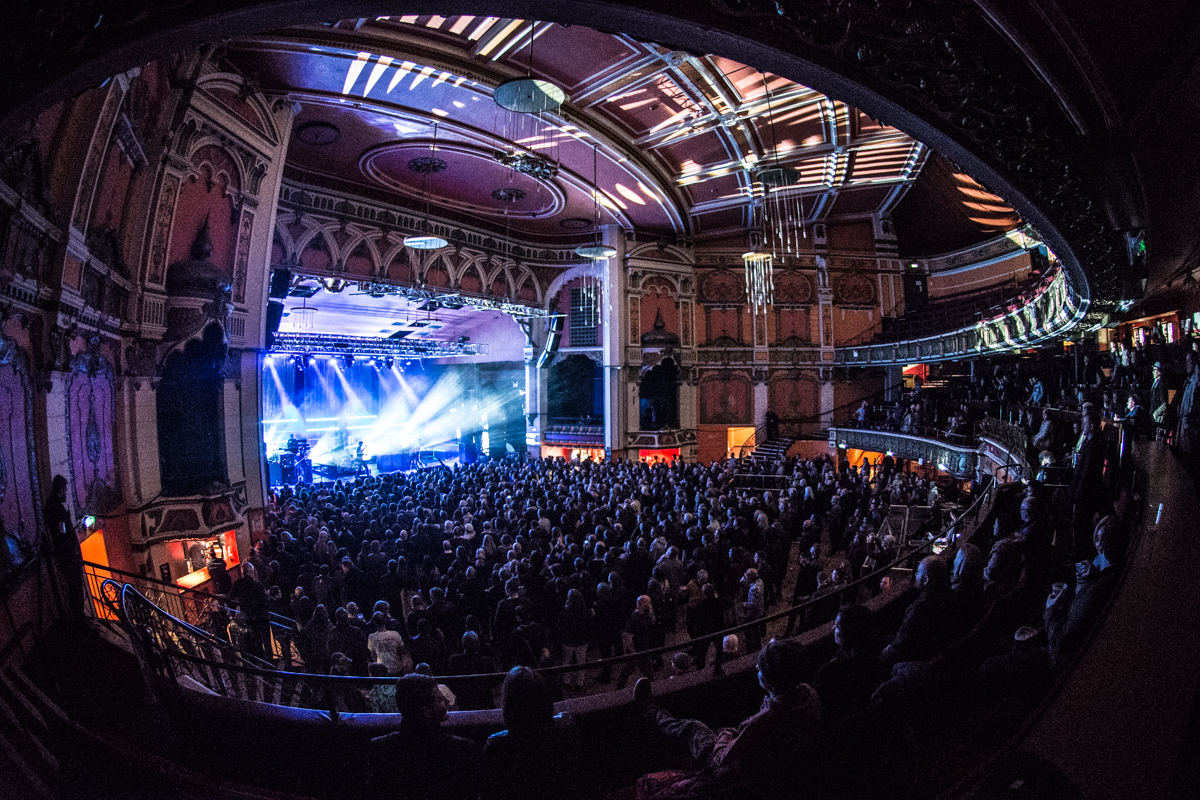 When the band really hit their stride, such as during a stunning Swastika Eyes, they are almost untouchable and provide this writer with some of the best live moments of recent years.  Gillespie himself seems not to have aged a jot, apart from the fact that his hair is a little more flyaway than it used to be.  A slight price to pay given the years of excess he and the band have been known for.

Another thing the band has is groove. Even when playing towards the rockier end of their spectrum, their songs always have a groove to them, something to dance to.  It is easy to surmise that this is just inherent in the members of Primal Scream, that it isn’t something they have to force and is just part of their DNA.  No matter how much they try to be the Rolling Stones, there is always a part of them that still wants to be Sly & the Family Stone.  Years after the dance-rock explosion of the late 80s/early 90s, Primal Scream have perfected the formula so that there is no longer a divide between the two and it no longer sounds like a clashing of styles, but a perfectly symbiotic relationship.

Following an encore of a storming Country Girl that blasts the studio version into a thousand tiny pieces, Gillespie smiles and looks at the cheering audience and tells us “Thank you, you’re amazing!”  No Bobby, thank you, you are.