‘Don’t look back‘ sang Bob Dylan although Getintothis’ Paddy Hooey explains that we really have no choice.

I read with absolute recognition Andy Holland’s brilliant feature on here last week ‘The Kinks, Led Zeppelin and the music industry’s unhealthy fixation with back catalogues and reissues’ and I think that the power of the nostalgia industry extends deeper into the nexus between popular culture business and modern capitalism.

The re-issue fixation is more understandable when put into the context of the modern music business which has been suffering with a decline in sales stretching back long before the mass adoption of the Internet and piracy.

Recorded music is only one part of a model that also incorporates live performance, merchandising and intellectual property ownership. We often talk about the music business focusing largely on the artistic purity of the music neglecting the most important word: business. It’s always been about ruthlessly making money.

Bands used to tour to support record sales, but albums are now loss leaders for live revenue, merchandising opportunities and rights ownership. Bands like The Lumineers hit pay dirt by selling rights for a song to a camera commercial rather than topping the hit-parade.

The history of modern popular music has always been about the ruthless development and mining of seams of musical genres that have emerged, regenerated or disappeared according to the tastes of ‘the kids’. Waves of bubblegum pop, doo-wop, glam rock, pub rock, new wave, etc, have been the stock in trade of the svengalis and label bosses.

Not only a box set but a whole exhibition: The Jam warranted a collection of everything

Now, these corporations produce wave after wave of ruthlessly focus grouped and tried and tested forms of pop and rock in pursuit of cash in an industry which rarely innovates.

When I first started teaching media and popular music studies in the early 2000s it was fashionable to think of the post modernist sense of cultural exhaustion – that new forms were ceasing to emerge as they once did.

From the re-mix culture of hip-hop and dance the consciously hip post-modernist homages of Quentin Tarantino and independent cinema, we saw industries dominated by major corporations ransacking the past in lieu of creativity and individuality.

Look at Disney buying Marvel and see how a take-over allowed a predatory corporation to ransack and repackage the legacy of the company it preyed upon.

And, the next time you force out a yawn big enough to crack your own face in a screening of a franchise film just remember you are experiencing the cultural exhaustion of modern industrial capitalism, just writ very large.

And this is where mania for re-issuing comes in: because the music industry can no longer rely on the vast swathe of teeny bop pop masses to fork out their hard-earned wedge for a piece of plastic.

With the entire swathe of modern popular music a mobile phone key stroke away on social media, streaming platforms or illegal download, the mantra of the majority of the young people I teach is: ‘Why buy it, when we can get it for free?’ Driven by Netflix, Spotify and YouTube, the consumption of culture is ubiquitous and as a consequence, a case of diminishing emotional attachment.

Other than the appointment telly of a series finale of a box set on Netflix, media is no longer ‘special’ for the vast majority of kids, and for the most part, they aren’t interested in owning stuff – unless, of course, if it is hardware and then some of them will queue up overnight outside the Apple shop to buy a new mobile phone.

Those people are pricks.

In the face of this shift which has been happening since the late 1970s, the music industry, as Andy correctly identified, has been in a near constant frenzy of ransacking its’ past and current assets.

It cuts and shuts genres to exploit commercially successful yet culturally diverse genres for short-term gains: how else can one explain the abominations of Tim McGraw and Nelly, Florida and Olly Murs or Jay Z and Linkin Park? It’s all about the dolladolla bill, y’all.

Only one group of people remain the zealots of buying popular music in large volumes.

You will know them, the Nick Hornby style High Fidelity men and women who, despite having as much music as they will ever need, keep buying variations of stuff they’ve already got. I am one of them.

I remember the electric charge of getting hold of the 5-album Springsteen live box-set in 1985/86. I remember my first Dylan bootlegs box set, the Jam and Joy Division boxes. Sure, who cares that I owned much of it anyway, and that I would listen to them rarely, they were lovely objetsd’arts that confirmed my commitment. Collecting and completism were what separated the real fans from the mere ingénues or dilettantes. 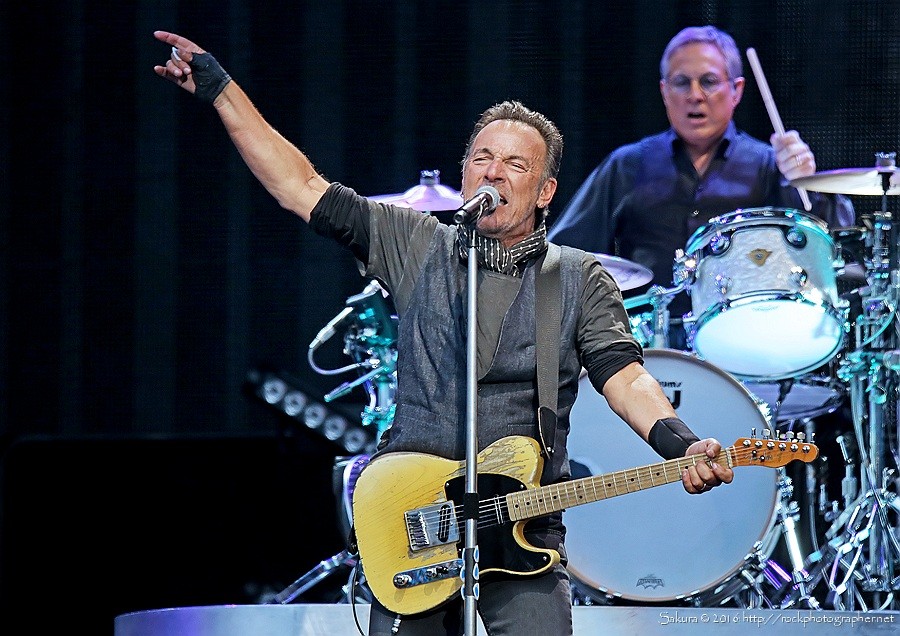 The King of the box sets

Music magazines, staffed by largely by leather jacketed earnest young men just like us, who had been brainwashed into believing in the revolutionary power of rock and pop, perpetuated the rituals and lore of buying records.

Sections of the press were partly predicated on the reselling of rock and pop’s glorious past: Q emerged in 1986 because of the development of the CD, itself partly built on repackaging the old catalogues of record companies.

But the British music magazine, from the NME in 1952, had never been about the artistic dissection of the cultural power of pop, it was simply a direct off-shoot of the record industry’s need to market its product, just like radio had been in the USA since the 1920s.

Despite this, it developed a code of cool around what was worthy, what we should buy, and how much we should buy. From the NME or Melody Maker to Q, Mojo, Uncut, Record Collector or Select, we had writers, men and women just like us, telling us about how much music mattered. What was left unspoken was that they were gatekeepers and their entire business model was predicated on us agreeing with them andcontinuing to buy the stuff they punted.

In the words of the Q and Word magazine writer David Hepworth, we were £50 man, the men and women who filled their boots in HMV with beautifully curated collections of re-issued classic box sets which came complete with lovingly written sleeve notes by one of our favourite journalists

Now, to paraphrase Uncle Monty from the classic film Withnail and I, and here we are, perhaps the last island of beauty in the world. We’re the last generation still hoovering up hard content, constantly sated on Motown re-issues, Northern Soul collections, and five album Van Morrison unreleased out-take packages. 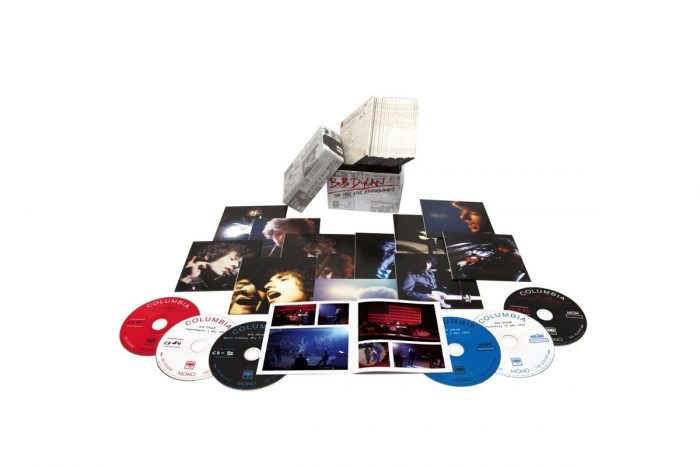 I have a very dear set of friends from the old Word Magazine blog for whom the 36-CD box set of Dylan live recordings released recently that is a major event in their lives. I can’t fault them – I have yards of Dylan and more than enough to do me for the rest of my days.

But these people are some of the most committed buyers of new bands that I know. They might buy re-issues but they are also more interested in new music than any young person I encounter, and I spend my professional life around media and music students.

The problem is, and as the closure of almost every music paper and magazine over the last 30 years proves, we are an ever-dwindling bunch of people. And in pursuit of our trusted cash, the music industry will exploit its past still further perhaps to the point of exhaustion. To paraphrase Omar from The Wire, that’s always been the game, yo, right?

And, if, like me, you do subscribe to the concept of cultural exhaustion, it is genuinely difficult to find properly new stuff. (I apologise to the Getintothis massive for offering such blasphemy, bless me Father Guy, for I am a middle-aged man.)

I include myself in that generalization. At Sound City last year I spent 90% of my time watching top rated new bands on the main stage that sounded like alloys of my own 30-year-old record collection. Young bands are encouraged by the industry to make music that is consumable by radio, streaming service algorithms and everyone born in the rock and roll age, which is, by the way, everyone from the age of 70 downwards.

At some point we’re going to see the joins and simply go back to the originals, like our 15-year-old daughter is doing with me and my wife’s music collection. Why consume a facsimile when they can have the original and which they don’t need to buy?

As the sales of recorded music collapse for a variety of reasons, it is only natural that the industry consolidates with the tried and tested, it’s what it has done since the 1980s. From jazz and blues it has always ruthlessly ransacked the past.