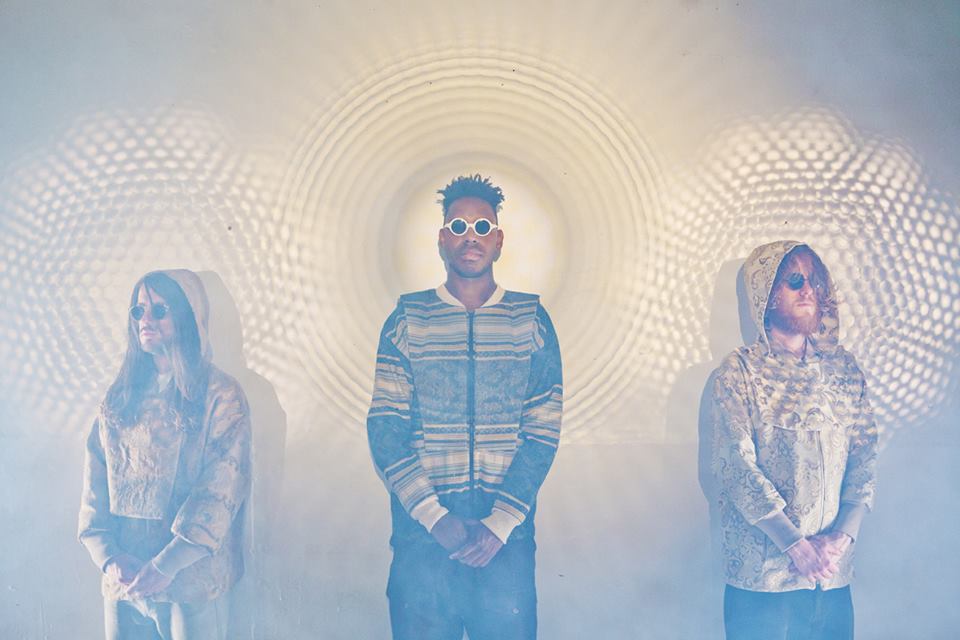 It must be that time of year again.

That odd Homer Simpson look-a-like dressed as Father Christmas appears on the front of Manchester Town Hall.  Within minutes of his arrival, small sheds numbering in their thousands emerge down every road, path and track within a mile of the city centre, signalling the beginning of the two month long inconvenience that is the Manchester Christmas markets.

Armies of punters, whipped into a frenzy at the promise of a £7 glass of flat wheat beer and a semi-cooked bratwurst, now cover every inch of floor space from Castlefield to Piccadilly Gardens. Movement becomes impossible.

Thankfully, this seasonalised monolith to consumerism isn’t the only thing arriving in the Cottonopolis this yuletide – there is also heaps of fantastic new music, every bit as exciting and intriguing as the contents of the big fella’s bulging sack.  So relax, pour yourself an eggnog *sicks in mouth*, pop on a copy of Die Hard and let Getintothis give you the lowdown on Manchester’s finest festive treats. 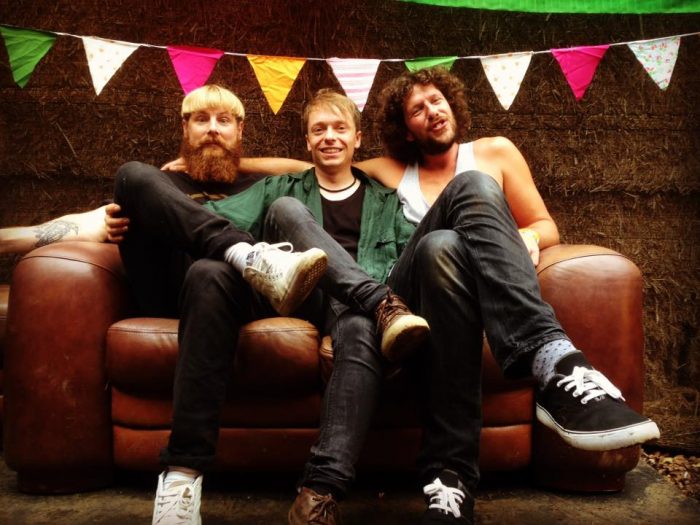 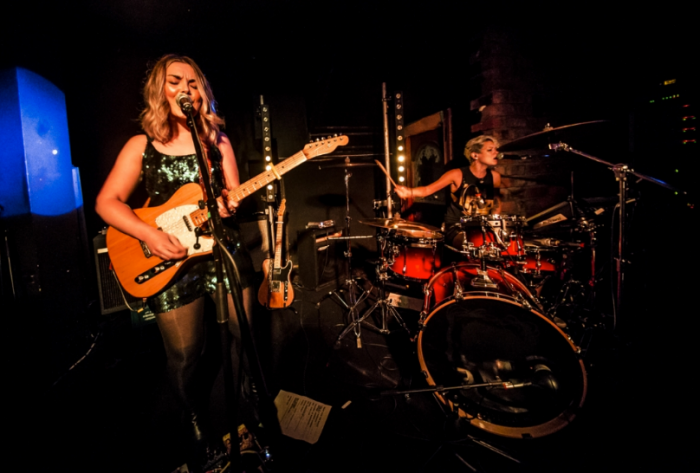 Tempestuous Glaswegian punk-pop duo Honeyblood get a strong month of live music at The Deaf Institute off to a blistering start as they tour on the back of their sophomore LP, November’s excellent Babes Never Die (FatCat).  Expect plenty of swagger along with elements of The Breeders and Throwing Muses wrapped up in their ultra-catchy combination of fuzzed out, buzz-saw riff work, pulsating drums and defiant lyricism.

Less than a week later on the 8th, the same venue hosts Hackney’s excellent dream pop quartet Genghar.  As if an evening of their intelligently constructed, slightly psyched-out pop isn’t a good enough reason to snap up a ticket (it should be), for the price of admission you will also get to enjoy Leeds very clever art-rock new comers Caro, who return to the city off the back of a sharp set at the recent Off the Record event. 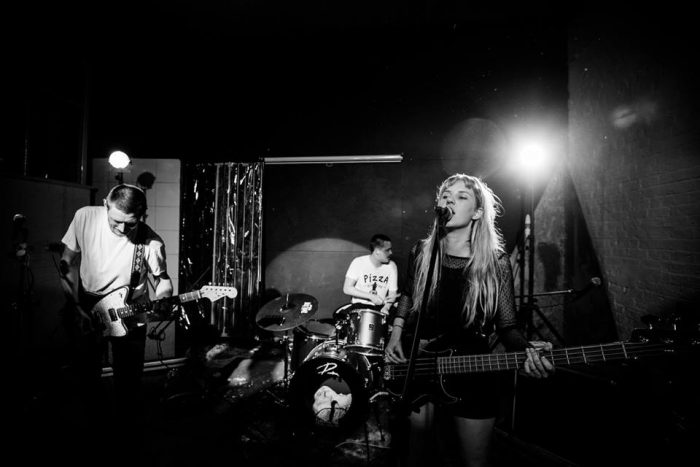 Leeds’ self-proclaimed slack-metal trio Slowcoaches arrive at Sound Control following the release of their debut LP Nothing Gives (Leisure & District).  Those not familiar with the band can look forward to a far more purposeful and intense affair than their name might suggest.  Hook heavy, distorted guitar and frenetic drumming provide a vehicle for tales of bitterness and listlessness shot out through a melodic vocal. 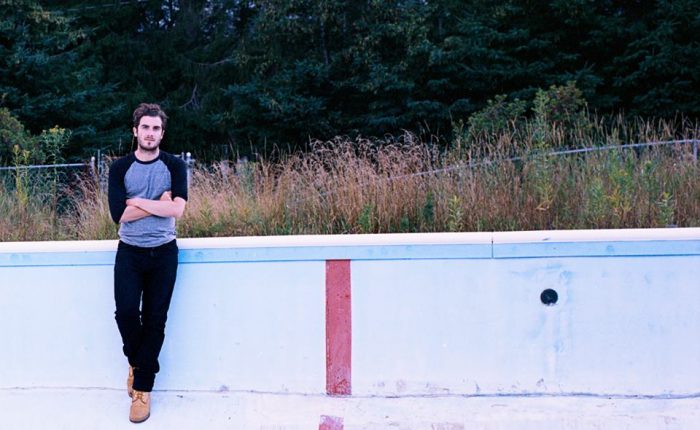 Multi-faceted, down-tempo, electro shape-shifter Nicolas Jaar plays the defunct Granada Studios to showcase September’s acclaimed LP Sirens, released on Jaar’s own Other People label.  Whilst retaining their beguiling complexity and breath, there is an added air of confrontation about Jaar’s recent compositions.  The result is a more direct and purposeful experience, one which will translate wonderfully in the venue’s coarse, brutalist architecture.

The Comet is Coming, Band on the Wall, December 11

Far out, Mercury nominated space Jazz foursome The Comet is Coming beam down to Band on the Wall as we approach mid-month. The London outfit’s full length debut Channel The Spirts (The Leaf Label), was released in April to much well deserved fanfare (and the aforementioned Mercury nod). Traces of Parliament and Sun Ra can be picked out in their brilliant blend of Jazz, Electro, Funk and retro Sci-fi soundscapes, which will make for a mind-bending live experience. 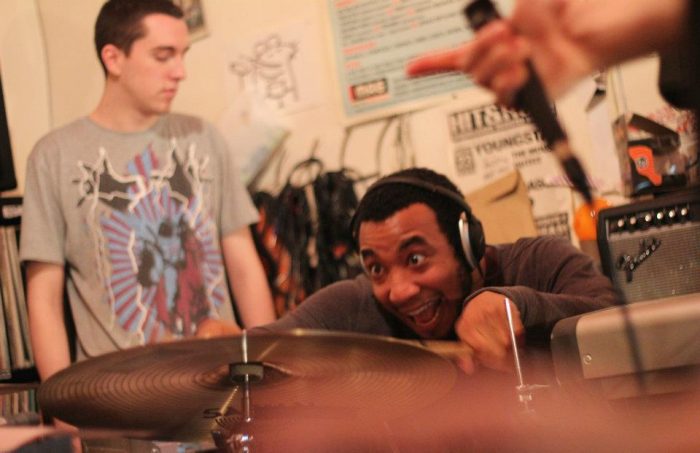 Mouse Outfit, Band on the Wall,December 23

On the 23rd, with the festive period reaching its climax, 9 piece Manc Hip-Hop collective Mouse Outfit provide the same venue with another otherworldly experience. Famed for their high octane live performances, those smart enough to grab a ticket can look forward dextrous wordplay anchored by classic B-Boy breaks, shot through with heavy doses of funk and jazz. 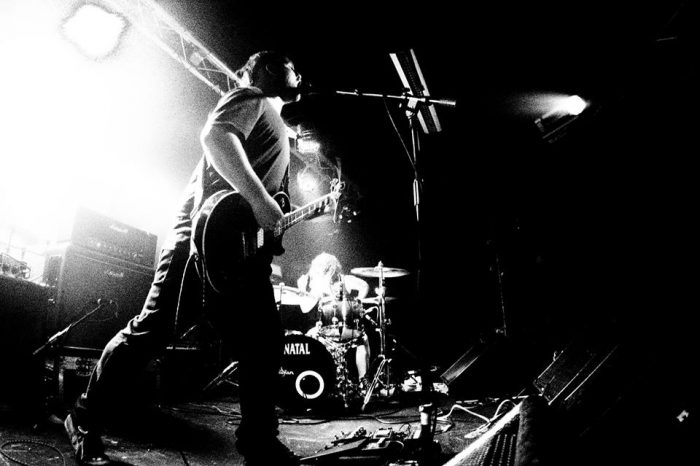 Over at Aatma the festive period is used as a thinly veiled excuse to get some of the country’s most exciting new bands together and have a bit of an all dayer.  Hear Hear.  Heavy hitting Manchester duo The Hyena Kill, Widnes noise rockers Mums and Leed’s alt-rock set up Black Surf are just some of the top drawer talent on a packed out, not in the least bit festive bill. 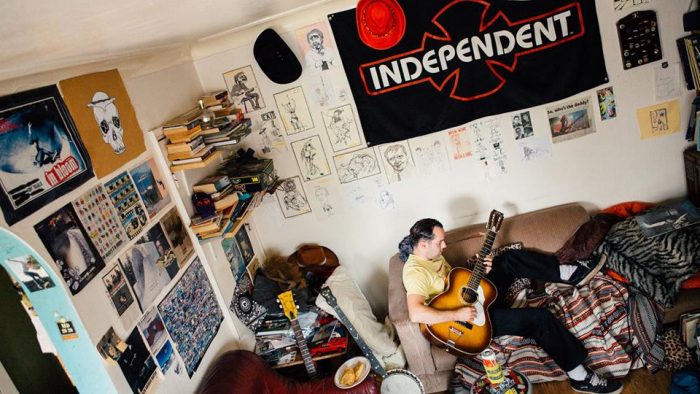 By now, having to negotiate an army of drunken tourists to accomplish even the most pedestrian of journeys is probably wearing a little thin.  So why not escape the city limits and head over to the leafy surrounds of Marple, where you can catch Leeds’ mega talented, 12 string-toting bluegrass maestro Serious Sam Barrett?

Barrett’s music, soaked in moonshine and steeped in Appalachia, is complimented perfectly by earnest tales of love, longing and life on the road, delivered in a very British tongue.  A charming live performer, Barrett’s latest offering, the glorious Sometimes You’ve Got To Lose (YaDig?) suggests an artist at the peak of his powers.

And there’s more! Getintothis’  upcoming delights for the New Year! 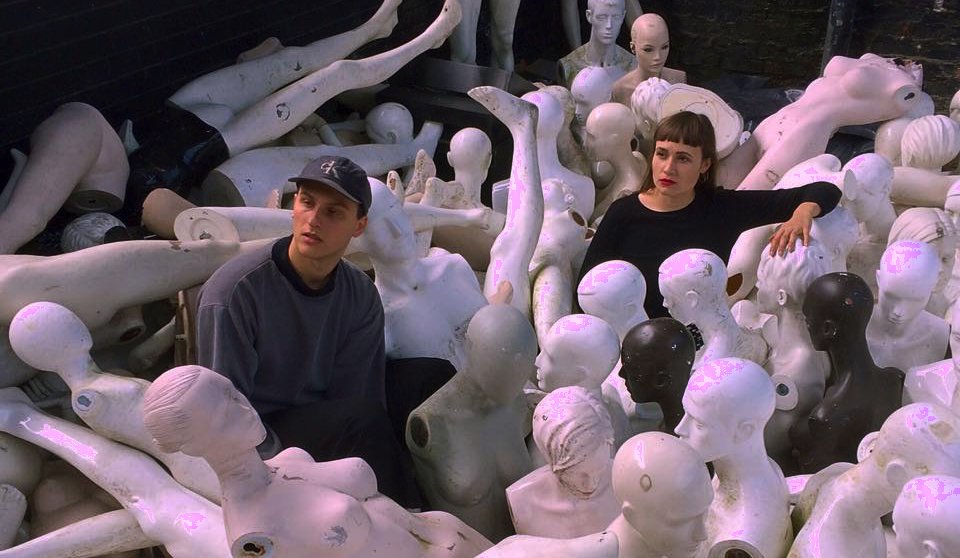 The thought of New Year already getting you down?  Depressed you say?  Consumed by despair?  Now now friends, fear not.

January sees Manchester visited by much loved Scottish bard King Creosote at the Royal Northern College of Music, January 16, melodic Minneapolis trio Night Moves at the Soup Kitchen January 14 and the brilliant Catskill folk of The Felice Brothers at Gorilla on January 22.

On top of all this is and something really look forward to is the second Stay Fresh Festival, which will showcase the likes of The Orielles, hotly tipped prospects Luxury Death,Seize the Chair and many more at The Deaf Institute on January 28.  We’ll have all the details and more soon, so you know where to come as the bleak midwinter rolls around.