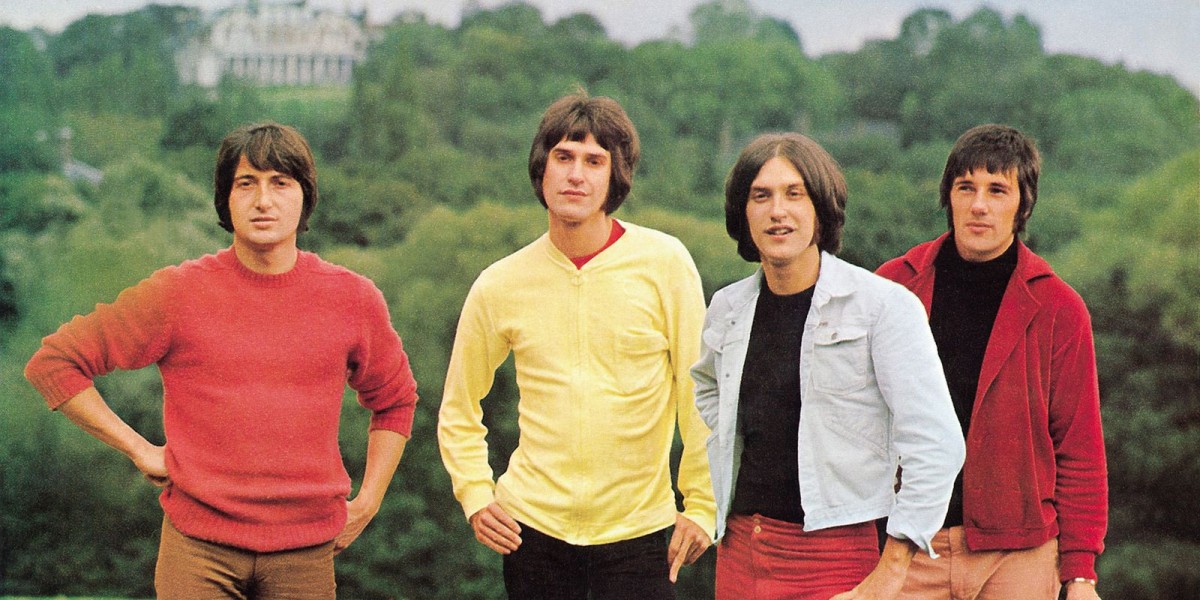 Another Kinks box-set anyone?

With record labels becoming too reliant on their back-catalogues rather than breaking new artists, GetIntothis’ Andy Holland discusses some of the underlining issues.

Imagine you’re a functionary at a huge record label. You’re answerable to your line-manager, other label executives, the management committee, and share-holders. An A&R person wanders into your office with a demo for an album put together by a new band they’ve signed, called Beige Casuals.

You instantly fall in love with the music, but have reservations about whether it will sell or not. Firstly, the music defies classification and it may be a bit too off-the-wall to make the charts. Secondly, the tall and brooding lead singer who writes all the songs is apparently a bit ‘difficult’. Thirdly, the photogenic bass-player and nerdy keyboard player have an on/off romantic relationship. Finally, the drummer is talented but ‘off-his-head’.

Their single has done moderately well, but not enough to garner significant interest in the music press. Is it worth a punt with an album, or would it be too big an investment in an unknown quantity?

You know any new artist needs time to develop and settle in, but you only have a limited budget for new artists. What about that solo singer-songwriter, Bethalyn, you’ve just heard about, for example? She has a business plan, is amenable to working with a producer, and it would be far easier dealing with one person than Beige Casuals’ four-piece and their frankly clueless manager, who seems to only have the job because he owns a van.

On the other hand, you are aware that a box-set of The Kinks is due. It’s been all of nine months since the last one was released, and some rare tracks have just been ‘discovered’. Such a re-release is bound to be popular with Uncut who will have an excuse to run a feature on the band’s uniquely English genius again, not to mention Ray Davies could appear on the One Show promoting it.

You could even put it out on 180g vinyl, reprinted with original 60s-style record sleeves, and include some photos and reproductions of memorabilia. On the run up to Christmas it could have a fairly sizeable price tag on it. It would make the label a healthy chunk of money.

So what do you do? 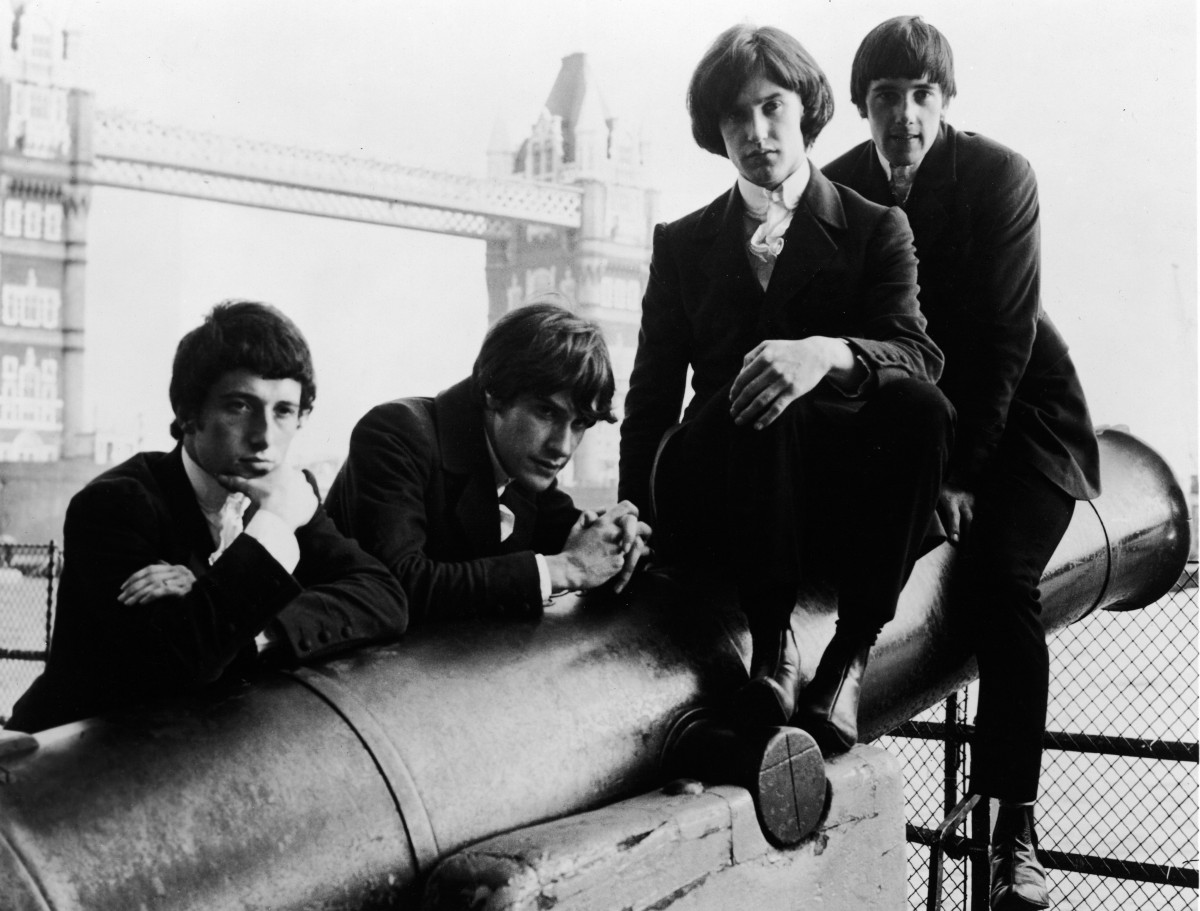 This is the problem with the music industry in a nutshell, and it’s what every new artist faces. How can any new band hope to beat all those great artists of the past, with their long-established reputations, let alone outsell them? What’s more, a re-release is guaranteed return on its investment. With each passing year back catalogues just get bigger and bigger too. Nowadays it’s far easier to buy any record one wants without having to search high and low for it, and few records remain deleted for very long. Record companies are even re-releasing stuff from the past that was regarded as kitsch garbage when it was originally put out. Pop will, indeed, eat itself.

It’s nobody’s fault, it’s just the way things have ended up. If we take 1955 as the year that rock ‘n’ roll became a saleable commodity, we are now 60+ years down the line. Nobody expected popular music to last as long as this; not the musicians who were playing it, and even less so the labels who were selling it. This is why so many of the original masters ended up being lost, so many musicians ended up becoming penniless, and why the music was often recorded in such a substandard way; even by the standards of the time.

Pop music was simply regarded as flash in the pan, greasy kid’s stuff. Parents and record companies initially saw it as something that their kids would grow out of and start listening to jazz, country, or the same cornball crooners as they did. Nobody really began to question this point of view until the late 60s, and by that time what many people consider as the golden age of pop was nearly over. This is why the BBC taped over so much of their pop music footage, and American TV was the same. That’s why musicologists need to watch Bremen in Germany’s Beat Club recordings, and Scandinavian TV, for example, for original source material. They treated the music with far more respect.

The other point about re-releases is that they follow the rules of the game as set out by popular music historians, who by and large have been white, middle-class men who regard their own era as being the definitive one. This is why it always seems to be the same artists who get released in those lavish repackages. Old-ass baby boomer classic rock. Who really needs another remastered copy of a Led Zeppelin album, really? Or Pink Floyd in surround sound? In one million years time whatever species succeeds us will still be digging these out of prehistoric rock formations. Yes, rock supposedly has authenticity, whilst pop is regarded with disdain.

Each coterie of middle-class white blokes is replaced by the next. This is evident in the fact that punk and post punk have been lavishly treated, written about, and tirelessly preserved in re-releases, whereas disco and soul have been often overlooked. There are some notable exceptions, usually those who fall into a socio-political narrative; Marvin Gaye’s What Going On for example, Curtis Mayfield, Stevie Wonder, George Clinton, James Brown’s early funk collectives. 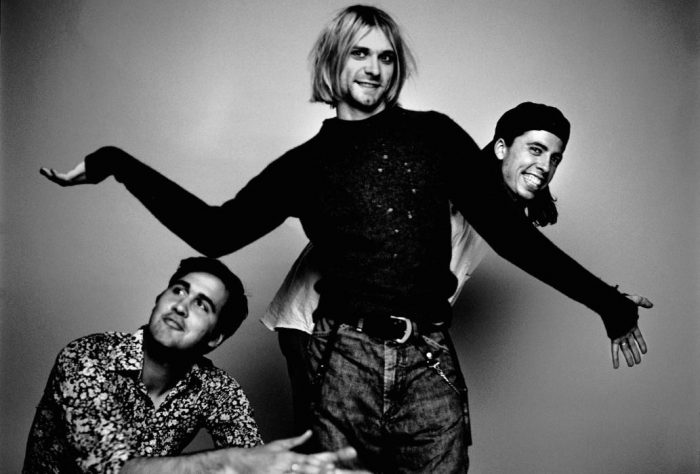 ‘Another re-issue?’ asks Kurt, ‘Who the fuck would want that?’

It is notable for example that very little academic work has ever been written about hip hop, despite its prominence and how lucrative it has been in the music industry, other than Tricia Rose‘s Black Noise: Rap Music and Black Culture in Contemporary America, or Jeff Chang‘s Can’t Stop, Won’t Stop: A History of the Hip-Hop Generation (2005). Where is the Public Enemy box-set, for example? Is anybody going to seriously argue that Public Enemy had less cultural importance than The Pixies? And what about NWA? Not only were they resonant, they had huge sales too. They were surely as relevant as Nirvana.

The music industry loves technological advances. They’re ripe for exploitation. It has been happening for a very long time too. In the 70s the predominately mono recordings of the 50s and 60s were ‘electronically reprocessed for stereo’, which actually meant some horrible reverb was usually added to one of the stereo channels. LPs were reissued onto cassette. We were all encouraged to dump our prized collections of vinyl and cassettes and replace them with a new, ‘indestructible’ (yeah, right) format called CD. You may laugh but most of us did. The promise has always been that the fidelity of the recordings will better, have more clarity, be truer to the artist’s original intentions.

The music industry made a mistake with CD though, and it’s paying the price. CD was the first digital format, and we all know that a copy of a CD sounds exactly the same as the original. With cassettes there was always a loss, but binary data is the same no matter how often it is copied. MP3s made matters even worse. With the advance of computers and the internet, the music industry lost control over its product. With vinyl the overheads may have been far greater but it wasn’t as if Joe and Josie Public was pressing it up in their living-room.

This is only one of the reasons why record sales have declined, despite there being just as much great new music being around, if not more than ever before. Record label rosters have shrunk to a fraction of their former size, and are still shrinking. Independent labels are now the testing ground for new artists, who have to rely on near constant touring to pay the bills.

It’s too easy to blame those nasty, evil, big record companies though. Every time we illegally download an album instead of paying for it at a shop we are adding to the problem. Records are cheaper to purchase now than they have been for years, so there’s less of an excuse for it than there was even ten years ago. Record labels won’t invest in new artists till we do. More demand will always find suppliers.

That’s why it’s imperative to buy new records by new artists. If we don’t we’ll eventually be subsisting on a diet of popular music from the past. How boring would that be?