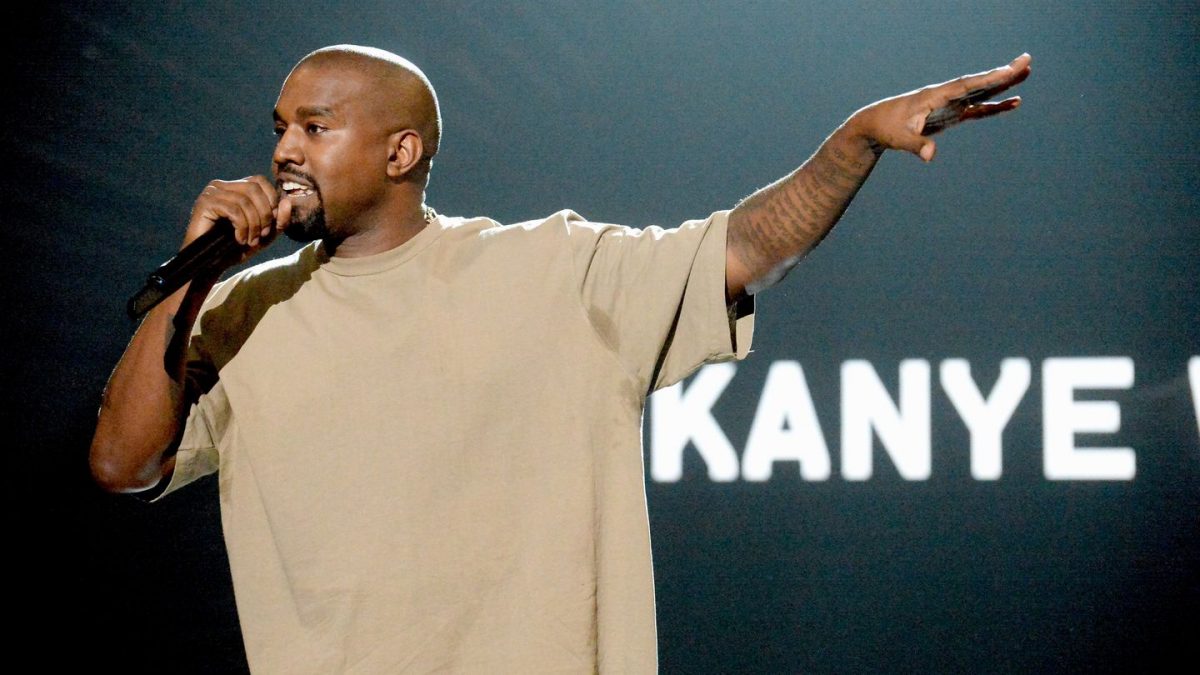 As Kanye West is hospitalised following a series of bizarre outbursts, Getintothis’ Shaun Ponsonby asks if we should back off and let him deal with his issues.

It is easy to make fun of Kanye West. Extremely easy. That is the reason I don’t mention him in these pages as often as he is probably warranted.

The whole Swift–West divide that still crops up hasn’t been interesting since…well, ever. And for the last few years, it has been playing out like they are uneasy neighbours in a half funny sitcom. In a very real way, Kanye West and Taylor Swift are the musical equivalent of Hyacinth and Emmett from Keeping Up Appearances. Obviously West would be Hyacinth, owing to his pretention and overall annoying-ness. To say that his trending moments can come across as self-parody is an understatement. Gimme a challenge, yo.

The other reason, though, is that I do occasionally wonder about his mental health. I’m not being contentious here, it has genuinely crossed my mind. He often seems both insecure and arrogant at the same time. A total narcissist, and a neglected child in need of love. Certain events this week have taken a turn beyond what an almighty bumhole he is and that ever present question of his mental health has been intensified. After his hospitalisation, several friends and collaborators have come forward to show their support.

It is easy to dismiss his ravings as those of a self-serving megalomaniac. Let’s be honest, anyone who refers to themselves as “The world’s greatest living rock star” and compares himself to Picasso, Miles Davis, Walt Disney, Jesus and…erm…a blowfish(?) is going to catch Hell. It is the same reason I no longer waltz into Kwik Save and arrogantly proclaim to the staff that I am the world’s greatest living customer, and demand to be listed as such in the company newsletter. The inevitable backlash might not have been fully justified, but I eventually understood that I can’t provoke people like that and not expect it. Plus, it never worked. Being named in the Kwik Save company newsletter remains nothing more than a pipe dream.

But some of his rants aren’t even about himself. They’re also about Beyonce. This week, after spending years campaigning for her to win every single award on the planet – from the Grammy album of the year to the National Jewish Book Award – he had a change of heart.

He told an audience in Los Angeles “Beyonce, I was hurt. Because I heard you wouldn’t perform unless you won video of the year over me and over Hotline Bling. In my opinion – now don’t try and diss Beyonce, she is great. Taylor Swift is great. We are all great people. We are all equal. But sometimes we be playing the politics too much and forgetting who we are just to win. Fuck winning. Fuck looking cool. Fuck being cool.” After a reported 20 minutes of ranting, he dropped his microphone, said “Show’s over” and darted off stage.

This really is all over the place. He says “I heard…”, but by saying as such he has implied that this is well sourced information. It feels more along the lines of where Trump “heard” that climate change was a Chinese conspiracy.

He says “Fuck winning”, which presumably means he doesn’t think winning awards really matters (which it doesn’t). But if winning doesn’t matter (seriously, it really, really doesn’t), why does he give a fuck whether or not Beyonce fixed the VMA’s? If “Fuck winning” was his actual mantra, then he wouldn’t be “hurt”. And why should he be hurt anyway? He makes it sound like it was a personal attack on him (and Drake apparently), when in actuality it would be nothing more than a not-as-shrewd-as-she-thought-it-was-because-nobody-remembers-who-wins-awards-anyway bit of PR.

I have often felt like Kanye has a lot of interesting things to say. He just consistently contradicts himself, and buries the good stuff in utter bullshit.

But, leaving aside how unlikeable he can be, if his mental health is suffering, those who have facilitated it need to take some blame. Take MTV for example, who constantly give him extended airtime at award shows to ramble on.

The continued existence of Cosmic Slop is an affront to us as a species, but nevertheless you can read the back catalogue here

Last year at the MTV Video Music Awards, West spoke for a full 13 minutes, and ended with his announcement of a Presidential campaign for 2020. This is only possible because they allotted him 13 minutes to speak like that. MTV is owned by a corporate conglomerate, so all they care about is profit. If Kanye West was rambling on for too long, they would cut him off and go to a commercial. They wanted him to say something outrageous to get attention. And he did – he said he was going to run for President, and everyone lost their shit. Job done. Right, MTV? Now Kanye can go back to suffering alone in his home rather than on your shitty channel.

If his mental health is in question, then that is pretty fucking disgusting. It is taking advantage of somebody who is in need for your own end.

Not that I am diagnosing him here, of course. Last time I diagnosed somebody, it led to a pretty hefty prison sentence. In fact, coincidentally, that was also in Kwik Save. That kind of armchair diagnosis going on throughout social media does an injustice to those suffering with mental health issues.

But, if Kanye West is suffering from such problems, perhaps more understanding would be a way forward, as opposed to the barrage of hate and mocking.

Obviously, if he isn’t, then ignore all of this. In that case, he’s just a dick.

I may have contradicted myself purely by writing this entire article.

There was a bit of a backlash against Channel 5 for their Freddie Mercury docudrama this week, but what did people expect? It was a low budget biographical docudrama on Channel 5. What part of that sentence screams “quality“?!

There’s a theory that Ian Watkins – the paedophile from Lost Prophets, not H from Steps – is going to be releasing new material from prison. The fact that he thinks anyone is going to buy it is unbe-fucking-lievable. Please note the lack of Gary Glitter CDs in your local HMV.