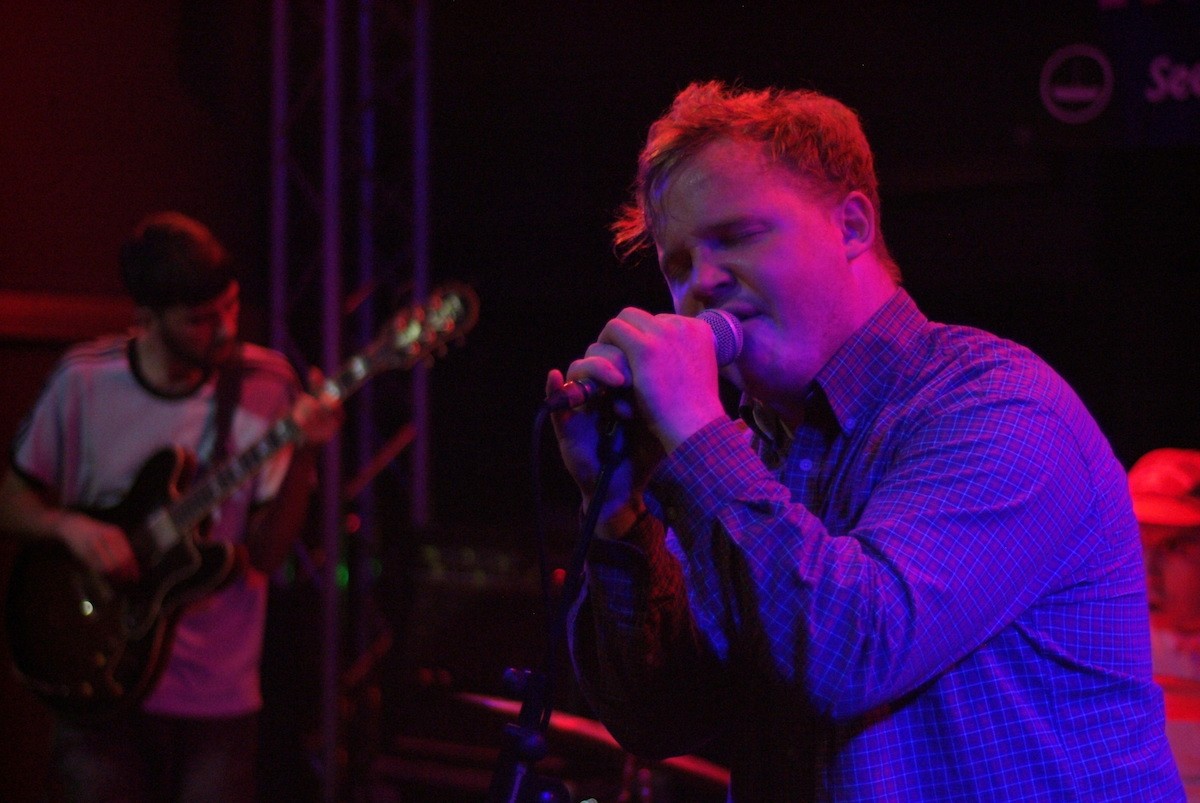 A night filled with aggressive riffs and vocals takes place at the Arts Club Loft and Getintothis’ Lorna Dougherty has the details.

It’s Wednesday, that boring day where no one knows what to do with their week and everyone wants the weekend, but for midweek entertainment Liverpool Music Week provide a set from four rock bands in the quaint Arts Club Loft.

Second band of the night was five-piece Indigo Moon, who for us, were the best of the night. Lead singer, Ash has the most powerful, rich vocals that could sing a nursery rhyme to screamo; it honestly gave us goosebumps.

The band have a musicality that’s hard to pigeon hole, their riffs and fills are aggressive and heavy which made the crowd headbang and throw their hair in time with Ash. Yet, the with the inclusion of a keyboard and tech element and with a  vocal style being quite the opposite of aggressive,it could turn out to be a bit of a mess. However, everything combined together seems to just fit; they have their own style; their own genre, and it is a thrill to watch.

Second to last were another three-piece, Elevant, who, despite clear confidence on stage, have yet to find confidence in their own style. It was really hard to follow in what the band wanted to do with their music; it was like they were a child let loose in a sweet shop; who spent their £2 on hundreds of pick and mix to prove they had the most, rather than choosing one Willy Wonka chocolate. We feel they missed the quality over quantity memo; they’re trying a whole load of things and ambling middle of the road, rather than finding their feet and pursuing that.

Although, one can’t deny that frontman, Michael, clearly loves performing. He had a great stage presence and crowd interaction. A favourite line of the night, “cheers to the £5 beers, we all love expensive beers” yes we agree, Michael. By the end of the set he had whipped his top off, and threw it into the crowd; who seemed to love it, even if it was a bit of a cringe moment. Their enthusiasm and energy can’t be knocked, however.

Closing the night was five piece Abattoir Blues, not that anyone would know though, as the whole crowd seemed to disintegrate to just a few lingerers who wanted to get their money’s worth.

Lead singer, George, didn’t give off a much better vibe though, his face just screamed  ‘I don’t want to be here’. It also screamed out some banging vocals as well though, he has a hell of a voice on him.

Each member of the quintet is clearly musically talented, and together they display musical prowess, but they just fail to grab you. You don’t leave the set wanting to shout to everyone how good they were and how everyone should listen to them immediately if it were the last thing they were ever to do. However, there is definitely potential for them to become something good. As mentioned in the technical side they’ve already smashed it, there’s just that charisma missing.

Tonight we’ll go with the idea the original set listing got lost in the post, as Indigo Moon definitely stole the show and Queen Zee weren’t too far behind them. Definitely on our list of bands to watch.