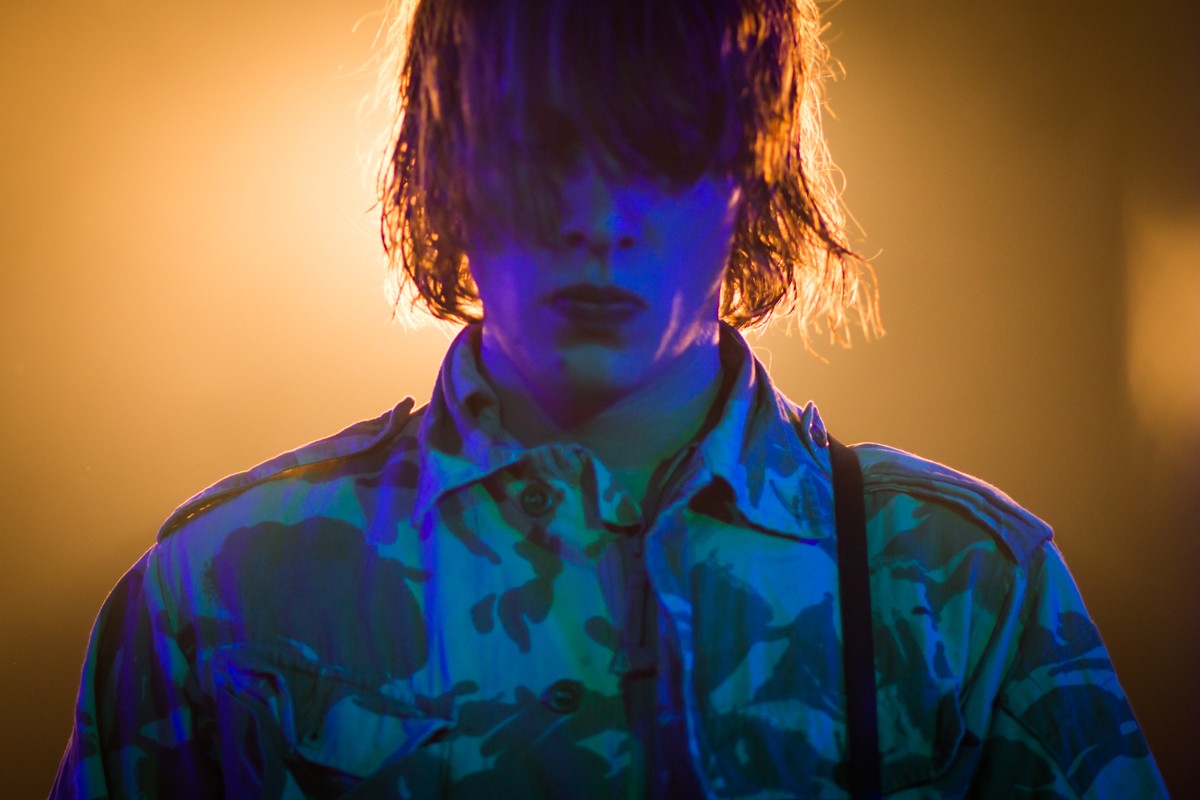 Liverpool has a vast array of live music on every night, there’s always so much to choose from. Tonight was another example of a line-up that just spoils the crowd. Not necessarily full of big hitters known by everyone, but those lucky enough to come across them were in for a treat.

Chester trio Peaness began proceedings to a shockingly small crowd at the O2 Academy. In perspective there were a few obstacles to getting people in the door, Liverpool Music Week opening the same night and the illustrious Bake Off final stealing more than a few eyes from the stage.

The trio are no strangers to conversing with eachother in between songs, but they still managed to involve everyone in attendance, however nervous they seemed. The vocals throughout were as consistent as you’ll hear from a performer way beyond their years, with near perfect harmonies not missing a single beat. Some tracks could do with some fine tuning, but Peaness are already a miles ahead of other bands at a similar stage in their career. With a good variety of tracks, some summery made for road trips and others that carry more weight, this is a band to see while they’re cheap.

Anyone who saw them would agree that Goat Girl have a definitely adopted a ‘short and sweet’ ethos. In one of the shortest sets you could ever see, they emerged from backstage and played for just under 20 minutes before disappearing again. With a sound as if Deap Vally had formed in Seattle when grunge first began to take off, the reason behind the short set wasn’t clear, but the band exuded a feeling of real quality over quantity feeling. Next time you see Goat Girl on a bill, be sure to get down early to guarantee you don’t miss a second of their sublime set.

All the stragglers filtered in from the back of the room slowly all night, the last few making their way from the bar just in time for Yak. The band have been out on the road for some time, mentioning onstage that this is their penultimate gig before their first real break in a good year. They’ve definitely picked up some tips on the road on how to get the punters involved. Carrying a fanbase spanning many years, there were a prominent few up front and centre maybe just old enough to have their hearts broken by the bar prices. Perhaps a little too eager to have a constant mosh pit, some may have felt it a little out of place, but they clearly enjoyed themselves. The band reciprocated, lead singer Oliver Burslem breached the barriers twice mid-set. There aren’t much better ways to show your appreciation than to mix bodily fluids with your adoring fans.

Yak have a big sound to get right up in your grill, getting toes tapping until inevitably evolving into something more. If Skins was still about today, any of Yak‘s tunes would fit into the show’s playlist like a buttered-up glove. Similarities can be struck from the Californian surf/stoner rock scene; much like Fidlar and Ty Segall they have developed the ability to hold this piece of musical chaos in the palm of their hands and manipulate it to whatever their will may be. Given some more free reign, they could create a musical experience beyond a normal show, given the way they can stretch a song without it feeling someone hit the repeat button accidentally.

Now we look forward to what comes next from the trio. Once the band have recharged, they could have a whole new sound on their hands, and the doors they have nudged open for future experimentation are just waiting to be kicked in.