World Mental Health Day this month was celebrated in more than 100 countries and supported by the United Nations and World Health Organisation. The Liverpool Mental Health Festival 2016 marked the special date with, amongst other events, the awards ceremony for the Mental Health and Me – Faces, Places and Spaces competition and the launch of the accompanying anthology of pieces by the shortlisted writers. Organised by Liverpool Mental Health Consortium and Writing on The Wall, the awards were held at Liverpool Central Library with festival Patron, musician Bill Ryder-Jones, in attendance.

At the awards ceremony, Bill spoke about his own creativity, songwriting and composing, and how it has assisted his own mental health. ‘One day I woke up and found I was good at something… it was like a secret weapon,’ he said, explaining that ‘melody is how I view the world and understand situations. I’ve come to words by necessity.’ Of his lyric writing, ‘I was in my mid 20s before I came to know the power of words.’

He applauded the writers shortlisted, whether they chose to read out their work at the event or not, for putting pen to paper and writing short stories and poetry concerned with mental health in the first place. ‘If you can communicate your issue you’re halfway to where you want to be.’

The writing competition was tied in with a number of creative writing workshops, the link between creativity and good mental health a tangible and proven one.  Gerry Linford runs creative writing courses around Liverpool, his workshop at the SPIDER Project in Birkenhead welcomes participants who have experienced issues with alcohol and drugs, and mental health.

‘Creativity will boost self-esteem, develop confidence and foster habits of productivity. I genuinely believe creative writing is a valuable aid to promoting strong mental health and maintaining a clear perspective,’ he says. ‘I believe creativity of any form is a useful tool to manoeuvre and negotiate a path through a period of personal discomfort and weakened mental health.’

‘Writing is good on so many levels. Firstly it’s cheap! Most people can get hold of a pen or pencil, piece of paper- or access a device. Secondly – as with other art forms- you are encouraged to express yourself. You may feel nobody wants to hear what you have to say, that your opinions are worthless and that your voice is irrelevant. But when you write, your first audience is yourself. YOU are interested, you want to see how this thing develops, you have purpose and focus.’

Poet and short story writer Angela Readman has won a foray of awards including the Costa Short Story Prize, Mslexia Women’s Poetry Competition, been shortlisted for the Bridport Prize twice for her poetry.  She won the International Rubery Book Award in 2015 for her book of short stories Don’t Try This at Home and her new book of poetry, The Book of Tides, is out in November.  What many readers may not know is that, despite her success, she suffers from anxiety and depression, but finds that writing is a real help combating the condition.

‘I have found a feeling of satisfaction since I started writing that I just couldn’t find in any other job I have done, or in fact anything I’ve ever done. This has improved my life, I can still get depressed but it’s not my default setting anymore,’ she says.

If you did not write, I ask her, how different would your life be?

‘I would find it harder to get out of bed on a morning… it gives me something to look forward to. Even if I’m anxious and other things in life aren’t going as I’d like, if I’ve started writing something I’m interested in I want to find out what will happen and want to go back to it to discover more.  It can be difficult to maintain optimism about the work itself and its future, and I will get tired easily if my anxiety is really bad, but I try to make myself keep a hand in when things are like that. I know from experience that if I make myself write sometimes I may hit on something I’m working on that will improve my energy levels and distract me for a while. I’ll feel worse if I don’t write.’

This isn’t to say of course that creativity is a one stop cure for poor mental health. Angela reveals that she still is restricted. Public readings at book festivals, spoken word events and libraries – the shortlisted writers in the Liverpool writing competition were all invited to attend the awards ceremony, some of them choosing not to attend or read – are part of what is expected of a poet, but all too often those with anxiety find it hard, Angela included.

‘I’m not able to share my work with readings, but I share my work in print and online. When you’re depressed there’s often a thought of ‘I’m no use at anything, I’m a waste of space, etc, etc ‘, I’ve found sharing my work can really help with that. I can get responses that make me feel vaIidated. If I send work out it is like providing evidence to myself that actually, I can do some things just fine, and it’s the depression talking that is convincing me otherwise.’

‘I want people to find my work and enjoy it, so much, and it sounds like such a wonderful opportunity, but I just can’t do the readings or events. Then I have to refuse things, and risk seeming rude, or explain and feel stupid. It can be really stressful, and makes me annoyed with myself. It probably says a lot about how much I love writing that I keep doing it even though this bit is a constant frustration to me. If I’m honest, I still haven’t found a way to deal with it other than just work harder, send stuff out, try to prove myself in ways that have nothing to do with how confident you are. I have found I have to work hard to do it this way, but I don’t know any other way.’

New York Times bestselling crime fiction author Eizabeth Haynes has had her novels published in 30 countries around the world and in over 20 languages.  Her first standalone crime novel came out in 2011, then two more, followed by her Detective Chief Inspector Louisa Smith Briarstone Crime series.

‘When I’m prevented from writing, I feel itchy and helpless and generally out of sorts. But what I’ve also noticed is that when I’m feeling low, it’s very difficult to write. The motivation to be creative is what suffers most when I’m stressed or anxious,’ Elizabeth tells us. ‘This is true when I’m writing for my own enjoyment, but now I am writing professionally there is an added layer of pressure which can be quite stifling if my confidence is low. Conversely, when I’m writing well I get a huge boost from it.’

Elizabeth is a cheerleader for National Novel Writing Month, NaNoWriMo for short, where writers aim to write the rough first draft of a novel over the month of November by knocking out about 1500 words per day, adding up to 50,000 by 30 November. An international movement, it is free to participate, and NaNoWriMo-ers gather in cafes or online, getting together and holding write-ins virtually or in public spaces, and offering each other peer support. Elizabeth stumbled across NaNoWriMo in 2005, although it was 4 years before she actually completed a manuscript, the end result being her debut psychological thriller, Into The Darkest Corner, a book that went on to be chosen for Specsaver’s TV Book Club, and win both Amazon’s Book of the Year in 2011 and Amazon’s Rising Star Award plus short and longlisted for a number of international awards.  Each year she uses NaNoWriMo to write the first draft of a book.

‘I believe that my ability to be creative is always there, it’s just that sometimes I lose sight of it. Whatever it is – writer’s block, stress, depression – that gets in the way, it’s easy to feel that I’ve lost the knack and I’ll never be able to write anything again. But then November rolls around again, and NaNoWriMo gives me a reason to stop navel-gazing and get on with it.’

Writing, she says, allows you to immerse yourself ‘in a world of your own invention, where you make the rules and decide on the outcome. It feels like a privilege. And then when someone you’ve never met tells you they’ve read it and enjoyed being in your world – that feels like a real honour.’

The support from fellow NaNoWriMo participants throughout November each year is, she reckons, invaluable, and available to everyone who joins in.

‘Writing is by nature a solitary hobby, and that doesn’t always work for people who are sociable, or who are used to working in an office, say, with lots of other people. By writing alongside others, you make yourself accountable to them and if they’re not giving up, then you can’t give up either. And the participants are generally speaking lovely, and encouraging – despite the fact that they might be writing in completely different genres. It’s possible to take part entirely online, and still participate in sprints – but there is much to be said for attending a write-in, in a café, with a notebook or a laptop – plus, there might be cake.’

Elizabeth Haynes’ top tips on how to succeed at NaNoWriMo: 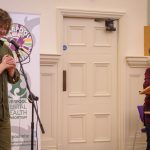 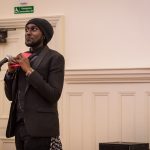 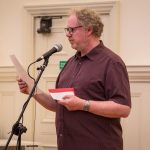 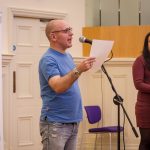 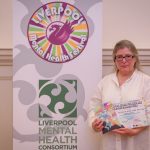 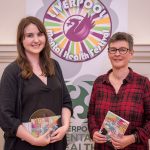 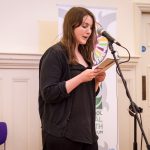 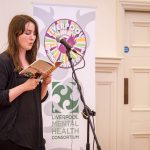 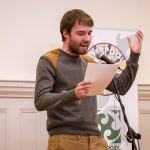 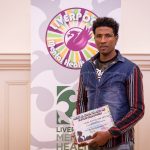 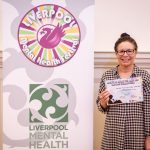 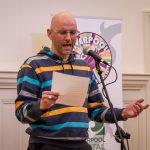