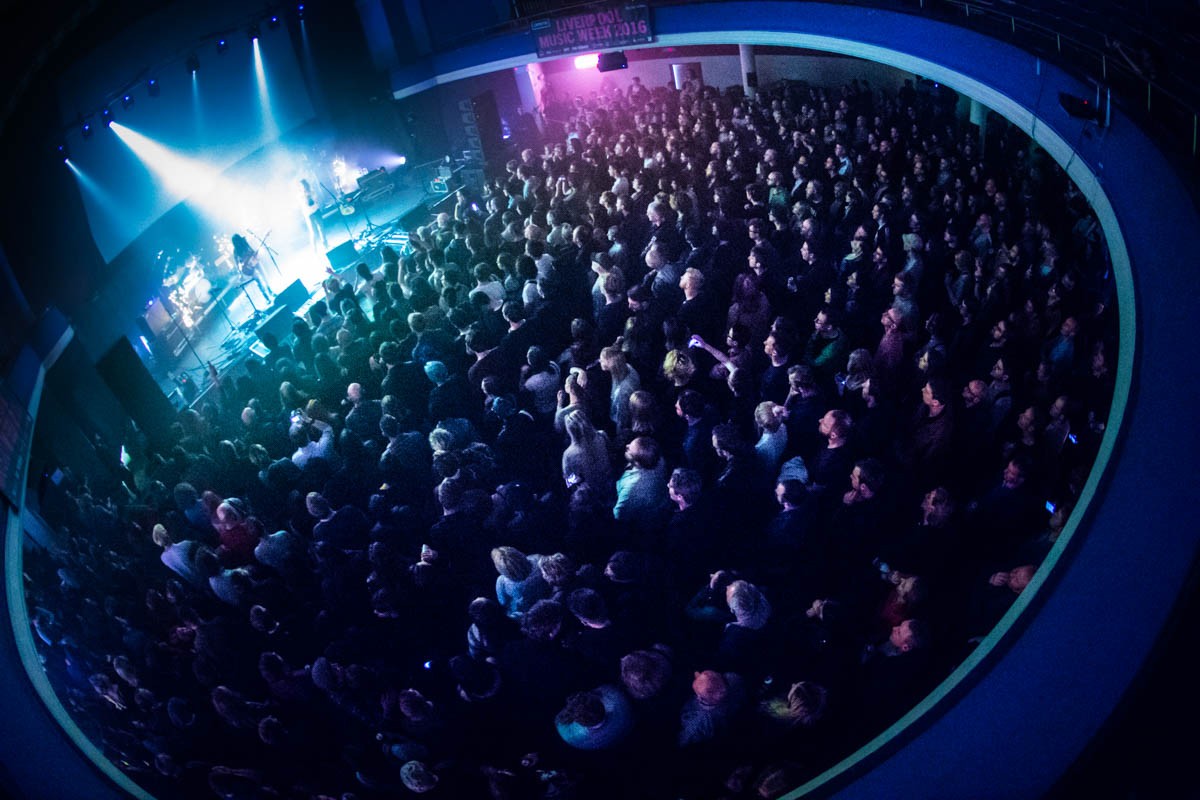 Warpaint at The Grand Central Dome for LMW16

Since last visiting Liverpool, Warpaint have subtly slid into the upper echelons of the American indie community. From the arty alt rock of their debut to the dubby, hypnotic throb of their self-titled record, the four-piece have returned with a more layered indie rock sound in Heads Up.

The list of their collaborators in the brief hiatus between albums stretches out like a veritable, enviable who’s-who. Vocalist/guitarist Emily Kokal collaborated with folk musician Paul Bergmann, and drummer Stella Mozgawa has played for the likes of Kurt Vile, Cate Le Bon and Kim Gordon.

Bassist Jenny Lee Lindberg released a solo album, and de facto band leader Theresa Wayman spent time away from the band by forming the supergroup BOSS with Sarah Jones of Hot Chip and Guro Gikling of tonight’s support All We Are.

There’s the connection for the Liverpool-based three-piece who scooped the 2015 GIT Award. They’re keeping well, too, dispatching a trim set of songs old and new.

Their latest record is shaping up well, with the three piece previewing electro-influenced, dynamically bassy material bound for the back end of any indie disco set.

All We Are‘s new album when it is released on tonight’s merits seems essential, less trippy and psychedelic than their previous work, and far more uptempo. The beats are geared towards effusive, hands-in-the air moments of blast-off, all soaring vocals and seismic basslines, all of which look set to propel All We Are to the next level.

Tonight was just the start, dive into the deep end of LMW in our dedicated section!

Gone meantime is the coolly minimalist sheen of Warpaint‘s self-titled album. Transformed too is the darkly humid headiness of their debut. Warpaint present yet another side of themselves here on Heads Up. It’s a record that still needs time to get its hooks into the audience, but it has proved Warpaint a vital force.

The alternative pop of Heads Up sounds most notably augmented by producer and unofficial fifth member Jake Bercovici‘s input behind the keyboards, at least in the studio. It all combined to make the latest album more conventional and more confident. 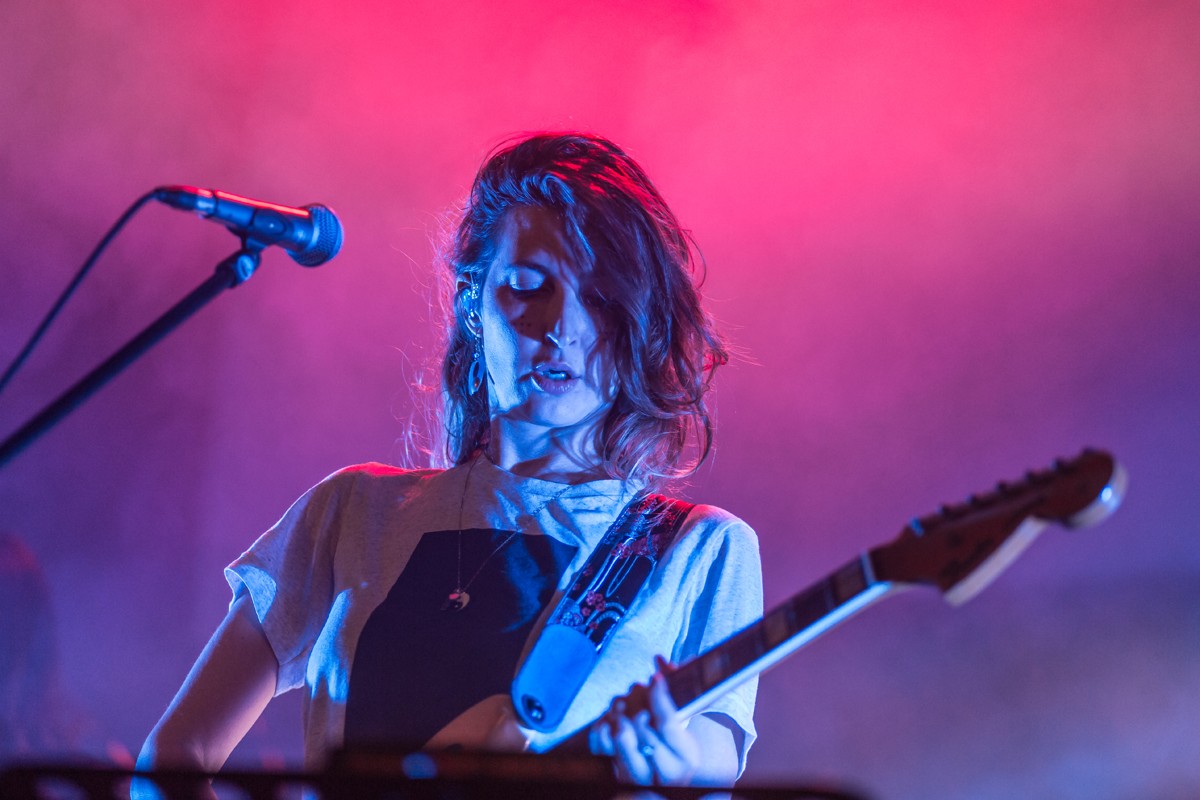 The hypnotic pulse of their second album’s smouldering grooves and swirling, chanted vocals however was where their strengths best lay in the Grand Central Dome. New material slotted in effortlessly, what is more immediate, layered and almost more conventional indie rock on record melding with more familiar material sweetly.

Every riff was immaculate, the band impeccably tight as they conjured their own world onstage that the audience were admitted to one-by-one.

Highlights came late on, when the listless crowds were stirred from their chatter by a stonking run of tracks including Love is To Die, the snappily-as-fuck titled New Song and an even more menacing and airless version of Disco//Very.

Love Is To Die cavorted about the space mockingly, circling a coastal bonfire at midnight, chanting and flitting out of the moth-ridden darkness. There was more than a hint of feverish threat in the death march of Disco//Very, that followed forging onwards with its viscous verses and arch choruses melting and melding into one another deliciously, and an appropriately disco-tinged version of New Song.

The Liverpool Music Week crowd will have to do better in the coming days, seeming indifferent apart from for big hitters like Undertow. But neither band, each as bassy and hypnotic as their counterpart, set a foot wrong to kick off proceedings.