As the Arts Club hosted the magical pairing of a long time friend of the city and one of its favourite sons, Getintothis’ Paul Fitzgerald joined the crowd in the Theatre for a night that will live long in the memory.

Another warm night in the Arts Club, and the long anticipated and much discussed return of Steve Mason to the city. There’s something richly intense and addictive in Mason‘s work that engenders such firm faith in the man from his fans that his arrival onstage is greeted by a wave of euphoria. Unsurprising, really, given the career of this insightful and energising songwriter.

His most recent album, Meet The Humans, is arguably his best work yet, predictably genre defying, intuitive and energising at every turn. On this tour, the production is scaled down to a strong three piece, which exposes the bare bones of many of the songs and lends an insightful ear towards their construction and arrangement. A tight rythym section supplying the deep bedrock of warm, slackneck grooves for Mason‘s characteristic and almost apologetically soft, Celtic tinged vocals, and soaring, shimmering melody.

The mood was buoyant and determined, however, with Mason easing himself in, seated for the first half of this most complete set. An entire 20 plus years career was presented here, a career of such diverse and eclectic influence, of such range, the many smiling, nodding heads were clearly proud to have been quite so devoted for quite so long. Dr Baker, from the Beta Band‘s 1998 Los Amigos Del Beta Bandidos EP  was a clear highlight, and an absolute reminder of why we were there, reimagined on the Arts Club stage with an insistent bass heavy groove, and an impassioned soaring vocal telling the story as though it was written yesterday rather than 18 years ago.

Win tickets to nine shows with the Getintothis Golden Ticket

Mason is an engaging, warm performer, clearly happy to be in Liverpool, and happy to interact with the crowd. He’s a funny man, too. So when he tells them to STFU for the next song, a delicate and magical rendering of Boys Outside, from his first solo LP, they listen. A stunning version and a firm favourite, the bluesy meander of the vocal, subtle and deft here, is as evocative as it is enigmatic, and again, magical. And that instantly recognisable voice, often hauntingly double tracked in recordings stands strong in new songs such as Planet Sizes on Meet The Humans, the latest album. The driven pulse of the rhythm section leaving just enough room for the dynamic of the songs melody, it really is a stand out track, both here, and on the record.

There is scant reference to the technical issues he faced when he last appeared (or didn’t, in the end) and Mason seems to be in an upbeat and positive place.

“Yeah, I’m good thanks, not on any meds, no wife, no mortgage, and the PA’s working, can’t be bad”

Before he finished, with a stunning version of Dry The Rain, which saw the already converted crowd in evangelical, ecstatic, hands in the air praise mood, there was one more blast of Celtic charm…

“Thank you so much Liverpool, It’s been a fuckin pleasure“. And of course, he was right. It was exactly that.

The evening started with yet another accomplished and flawless set from our own Nick Ellis, very much in the ascendant as more people here and delight in his own brand of folky North West soul. His songs of lives lived, and the characters that inhabit them delivered with such seamless ease, its no wonder his trajectory has picked up such pace of late.

The Grand Illusion, from this year’s Grace and Danger EP on Mellowtone, its an introspective questioning of the self, of how we live, and what we do, and as with new song Carillon, which we hope will be on his forthcoming LP Night Ghosts, its a reminder of the innate skill and poise of this writing, the stories Ellis tells, like those of Steve Mason, are the stories of us all, our experiences catalogued and laid for us, and that was made this pairing of songwriters such a well balanced and mutually appreciative evening for all concerned. 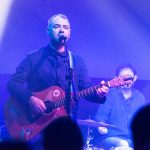 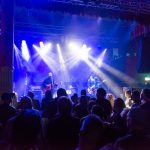 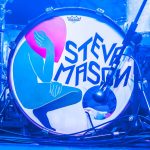 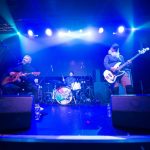 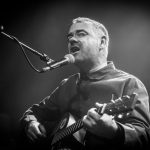 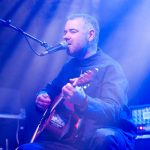 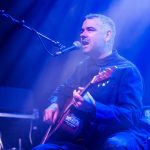 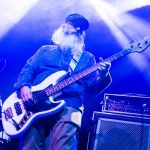 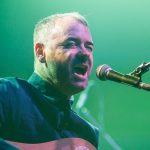 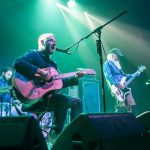 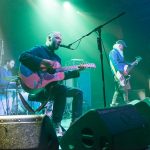 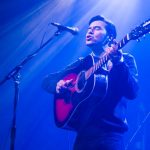 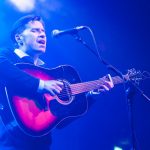 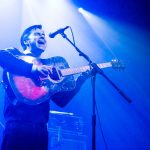