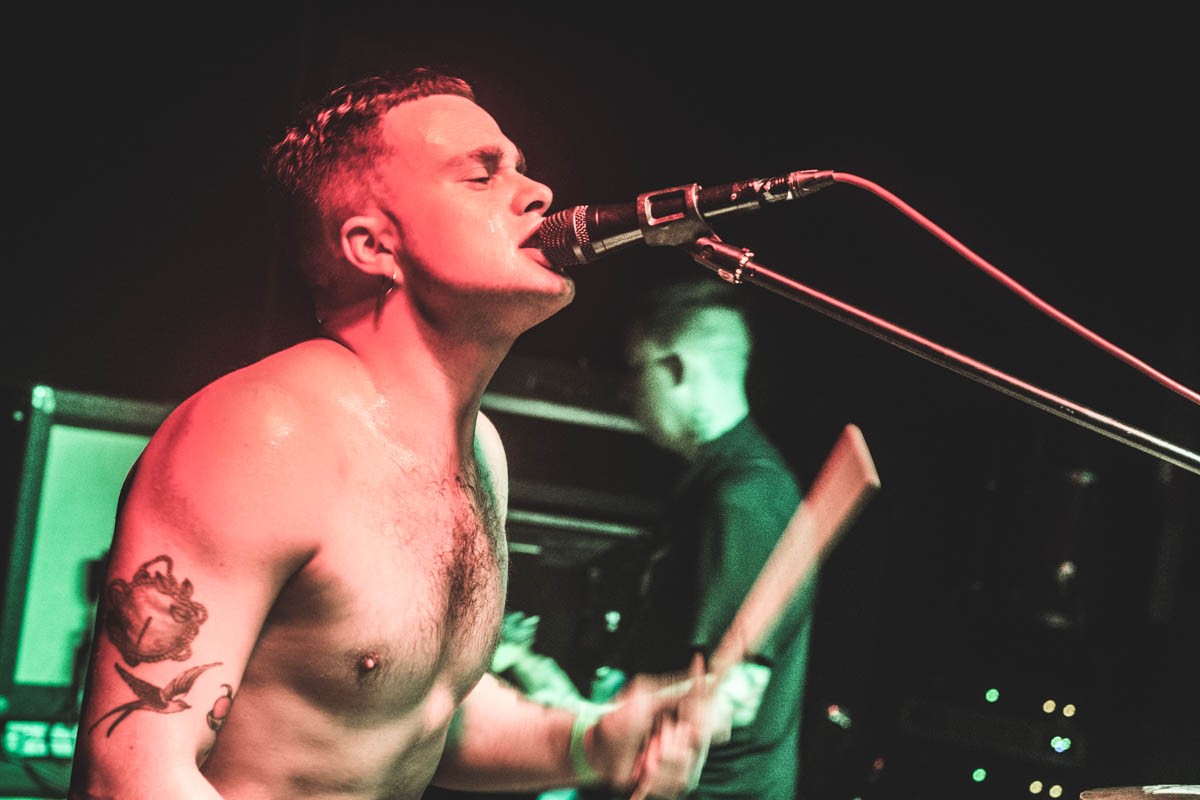 As part of Shortlist’s 48 Hours To… series, Slaves came to tear down The Zanzibar, and for free too! Getintothis’ Vicky Pea got in the mix of it all.

On Tuesday night there was a flurry of excitement as chatter spread of a surprise gig taking place in the city at short notice. 48 hours notice in fact. A concept that suits the blistering and chaotic pace on which Slaves seem to function best.

Four batches of free tickets were snapped up seconds after their release and by 8:30pm a excitable queue snaked up past the Zanzibar. Inside we found ourselves pleasantly reassured. When free tickets are handed out you always wonder how many actually get into the hands of fans but it quickly became apparent that almost everyone here could genuinely count themselves within that number.

Hitting the stage promptly at 9pm (something you can usually count on at sponsored events) the Zanzibar erupts in a way that only the Zanzibar can. The small but perfectly formed venue produces the perfect storm in front of its bottle-neck stage. Those who didn’t get here early enough to hit the front clamber for the best available vantage point, hanging off the risen area and standing precariously on stools and chairs.

A storm can be defined as a violent disturbance of the atmosphere. Check. Camera work was made almost impossible by a combination of flying beers, crowd surfers, uncontrolled limbs and the constant fogging of lenses due to the pure amount of steam and heat permeating from the capacity crowd.

Another pleasant discovery was that despite being a ‘promotional’ show on the back of their new album, the duo treated fans to a few dips into Are You Satisfied? as well as tracks from last month’s Take Control. Cheer Up London is one of Slaves‘ most consistent live highlights and reminds us of the substance the band built their name on.

The problem is, should they even be here? On stage they’re every inch the punk revival band, spitting socially and politically charged lyrics to the bare, minimal, yet effective instrumentation. The stage itself is a different story. Every bit of previously unused space in the venue is now covered with Shortlist and Lynx banners, there’s no way to ignore it or the fact that on some level, somewhere this doesn’t feel quite right.

Truthfully there’s probably no way for the band to avoid it, at some point you reach a level of success that means you’re obliged to play the game. On this occasion, at least, the game took place with a great band, in a great venue and with a great crowd. Frankly, who cares who was picking up the bill.

Slaves through the haze.