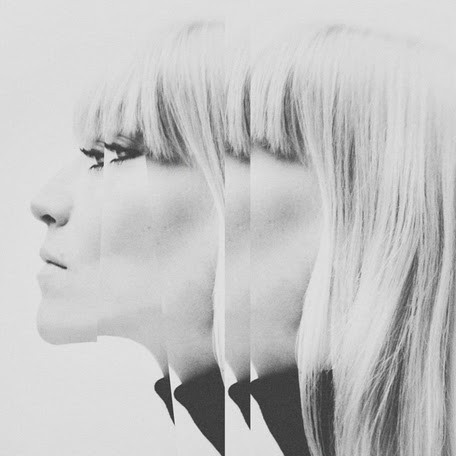 In the latest edition of Singles Club, Getintothis’ Matthew Wood witnesses the return of some British sampling greats, finds a collaborative effort from two of hip hop’s current masterminds and is reminded of the melodic genius of an emerging Belgian talent.

A Norwegian gem for you here, Hilma Nikolaisen of Serena-Maneesh fame has announced her debut solo album, Puzzler, due December 2.

The first single taken from her debut, Word, is a frantic frenzy of psych pop utilising twang heavy, Melody Prochet-esque guitars, disjointed, fluttering percussion and an androgynous vocal that’s as endearing as that of Nico’s.

With vast influence, from the irresistible elements of 60’s pop, to the resurgent force of psychedelia of late, it’s clear that Nikolaisen is searching for a fine balance between vintage and trend-setter, and it sounds to me like she may be very close to striking the nail right on the head.

Two massively influential figures in hip hop, Knxwledge and Anderson Paak have decided to reward the world with their incredible ability for feel good tunes, as Knxwledge works genius wonders with meticulous sampling and production, while Paak soothes the galaxy with his invigorating vocal capacity.

Taken from the duo’s debut album, YES LAWD!, Get Bigger is their second revealed effort, and I have to say it sounds near-perfect. Past-collaborations include the wise-beyond-his-years lyrical magician, Earl Sweatshirt, as well as contribution to the Grammy Award winning To Pimp A Butterfly, so really, you know it’s legit without me telling you so.

You can judge the overall feel of this one from the Danish duo’s band name and track title; there’s emotion, and lots of it. Oozing with mournful, yet soothing elements, Cancer are equipped with everything to induce a weeping heart.

Devilishly dark riffs accompany plodding folk strums for an uneasy entrance, but it’s the introduction of a raw drum sound and an obscure vocal that opens us up to the real distinct sound of Cancer.

Glimmers of the organic sound of early Modest Mouse as well as the pure vocal of Orlando Weeks (The Maccabees) sprout to mind but despite familiarities, it’s that which is unfamiliar that really hits home. Uneasy vocals, unsettled time signatures and contrasting genre influence; it all makes for an emotion-inducing experience.

Little Rivers aka Callum Cairns channels the rustic folk of the likes of Bon Iver through a dreamy use of electronica for a glistening brand of folk-pop.

Operating mostly in the lofty regions of his vocal capacity, greeting us with twinkling synths and striking us with simple piano chords, Little Rivers needs a small amount to create a powerful sound, and it’s expertly executed.

Check out the video and soak up the picturesque elements and pensive sounds, and feel your jaw drop at Cairns’ outstanding vocal strength. His new EP, Weights, is out October 24.

Matthew and Me – Silver

Divine Devon-based duo, Matthew and Me, create catchy, sentimental pop that has the ability to transform into something much bigger than most in the genre can compete with.

Spiritual breaths of synth carry the track before woozy chords and tiptoeing bass notes form alliance with a strong, straight up drum beat. You can hear in the first moments of the track that the band have direction, but are willing to take their time getting there; new sounds come in and out of existence as the track moves along, creating a rich tapestry that never ceases to amaze.

Around the 3 minute marks there’s a roaring breakdown that catapults the track into oblivion for a stadium-filling finale to a wistful opening, marvellous.

A core figure in the Toronto punk scene, Dilly Dally have become a band frequently mentioned in the same breath as iconic greats such as Pixies and Sonic Youth, a status that many of us can only dream of.

The release of their latest EP, fkkt, comes alongside a collaboration with fellow Torontonian, Nailbiter, and his hard hitting, face-splitting industrial electronica. With a music video that grapples with ideas around menstruation, experimenting with powerful imagery and contrasting textures, its an artistic endeavour of note.

It’s not an easy listen/watch by all accounts, but it’s an enlightening insight into the power of the punk scene in Canada, home to some of the most progressive, avante-garde acts to date.

Robbing Millions – In The No Air

Featured in Singles Club #137, Belgian band Robbing Millions are becoming a recurring favourite of mine. Their genre-bending psych infuses diverse, complex melodies that can only arise through becoming true masters of their musical craft.

In The No Air is no exception; racing through spectrums of sound, adding an other-worldly quality to some near perfect instrumentation of twinkling riffs and abstract chords. Think early, song-writing of Unknown Mortal Orchestra meets the magic escapism of Pond’s psychedelia.

It’s no wonder then, Pitchfork have taken note and the band are set to appear alongside a number of emerging acts at Pitchfork’s Avant Garde Block Party. Their debut album is due out in November.

Coldcut have been a fervent force in the music industry since the 80’s; they’ve cleverly toyed with hip-hop samples, frolicked with work of the world greats and harboured an innovative approach with everything they’ve done.

They return with the now iconic figure in British hip-hop, Roots Manuva for a sublime collaboration that offers us yet another valuable lesson in sampling.

A dizzying music-box sample descends relentlessly alongside some vintage female vocals for a somewhat ominous finish. Manuva’s dark tone pervades the track, giving it a distinctly chilling edge, commenting on religion and violence as he goes.

Another star of the times, Thundercat, lends his finger tips and lays down the track’s equally ominous bass line; the track is a serious one, as well as a seriously good one.

A frantic dose of good old fashioned snotty punk from a bunch of floppy haired teens from London, King Nun are fuelled by that adolescent hatred of everything but their love of thrashing about like savages to the beat of their own brutally-beaten snare drum.

Tulip careers along in that old-skool punk fashion of stop/start blistering chords with intermittent screeches and a gravelly vocal for that rough and ready finish we fell in love with via the likes of Nirvana, Blink 182 and Green Day.

With a righteous throwback style video, you’ll see the chaps ravaging their instruments and then you’ll wonder why Stacy’s Mom ain’t the next video you see.

A guitar band choosing to cover a hip hop track can be a risky affair, especially when the rap tune is of such iconic stature as this one is. We’ve all heard dire acoustic renditions of R Kelly’s Ignition, but maybe you’ve heard Ben Folds’ version of Dr Dre’s Bitches Ain’t Shit which for me is flipping hilarious, and shows that if you approach the track correctly, you can transform a track, giving it a whole new perspective.

Cheap Thrills approach Hate It Or Love It spectacularly; retaining their Scouse twang, paying homage to that incredible bass line while flourishing with enough panache to make it entirely their own. The powerful guitar screeches and the rushed, raw vocal really do transform the track, cracking open that hip-hop based shell and unveiling another fantastic energy beneath the surface of what we’ve come to know.

Hate it or love it, but you’d be harsh not to appreciate their efforts. You can pick up a Hide and Psych tape from Blak Hand Records now!