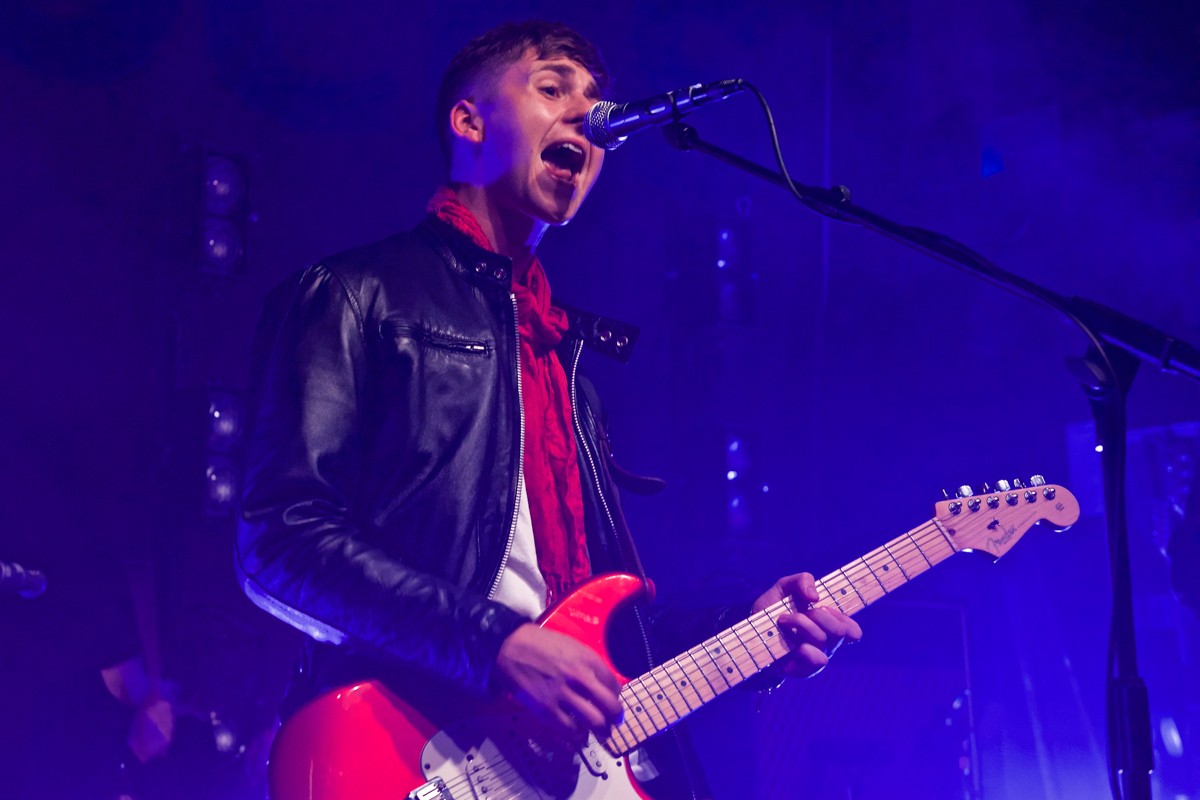 On one of those delayed summer evenings in Liverpool, Getintothis’ Lorna Dougherty stepped inside Arts Club to cast her eye over a handful of bright young things.

With good weather often follows high spirits and, with the sun shining in Liverpool today, this Sheffield foursome played in the oh-so-familiar Arts Club theatre to a crowd of sun-kissed, happy punters. The Sherlocks, who gained a lot of their popularity off the back of support slots with The Libertines earlier this year, are surprisingly still unsigned; despite a large online following and some raucous festival sets this summer including at T in the Park, Reading & Leeds and Kendal Calling. Seel Street, renowned for its music-filled bars and venues should provide the perfect setting and atmosphere for a young aspiring band to play.

Providing the support first off is Liverpool band The Isrights whom, if you didn’t know where they were from, you could quite possibly hazard a guess based on their local-lingo band moniker. Now, we all know it’s not in the name but in the game, i.e. the songs they play, and their reggae vibes coupled with simple, yet pleasant, guitar sounds got the early birds suitably warmed up. However, despite a predominantly scouse audience, their cover of Strawberry Fields wasn’t as warmly embraced as they might have hoped.

Next up was Hampshire three-piece Blaenavon, these lads have definitely got their own style, with R Rapunzel length hair and vintage clothing they epitomise the modern concept of bright new darlings of the indie scene. The context tonight did not seem to justify their swelling popularity, as it was clear that the sea of Fred Perry and Pretty Green were far more eager to see the headliners on stage.

Courteeners are set for a huge Echo Arena show, joined by Clean Cut Kid and Milburn

Getting on for half-past nine and more people have arrived, yet the 200 capacity venue couldn’t help but look empty. Nevertheless, the four young lads strutted on stage to terrace-like chanting, playing up perfectly to the ‘lad rock’ and ‘lout’ reputation that sometimes follows them, and their fanbase, around.

Consisting of two sets of brothers, The Sherlocks kick the night off with a fan favourite Last Night, which got them well and truly settled in before giving an airing to an older tune, Escapade. This saw some of the sparse crowd up on shoulders and, an attempt at, a mosh pit, although it never seemed to move anyone more than a few inches.

Blazing through a set including Heart of Gold, frontman and guitarist Kiaran Crook‘s vocals seem contagious as the crowd imitate his Yorkshire twang when singing back the chorus to Live for the Moment, which despite its basic lyrics, sums up youth rather neatly.

Bringing the night to a close, Crook recalls how they’ve “never had a bad gig in Liverpool” and how every time they play they “have a blast” – although one can’t help but feel as though it was slight flattery on his behalf. Despite the contented, slightly mellow atmosphere it just seemed to be missing something. They have potential for big things, but perhaps that venue was slightly too large at this moment in time for these up-and-comers.