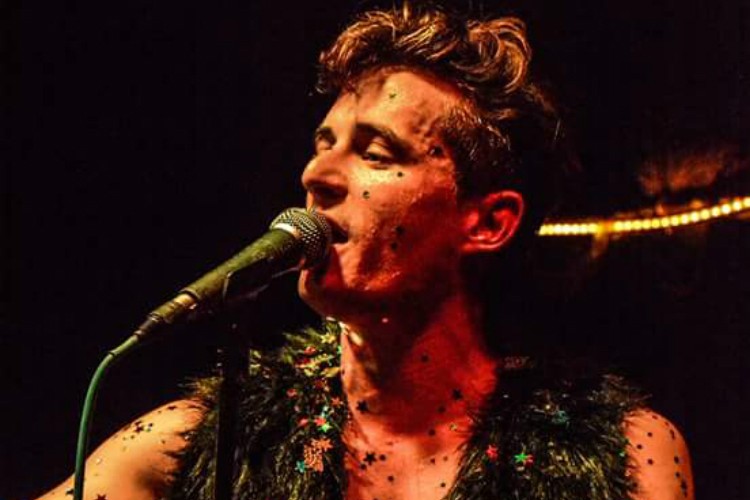 This Feeling re-launched their famous club night in Liverpool to a sold out crowd with a fine array of new talent partying well into the night, Getintothis’ Jake Marley went along for the ride.

This Feeling had one hell of a summer, and appear to be gathering some serious momentum as we approach the winter period. Spreading their wings into an array of tenth-anniversary gigs over the next month, one of which saw their famous club night return to Liverpool, to host an array of red-hot talent, headed up by Liverpool’s own The Jackobins.

Fellow ‘poolians Seprona kicked things off showcasing a host of new material, teaming big guitars and a haunting aura with gripping vocal confidence, placing new Rooftop Records single How Much Time at the forefront of the set. Listening to Seprona’s set live is a strange experience in the sense that you can hear so many artist influences within their sound but they’re far from trying too hard to be any single one of them. How Much Time flickers Black Keys garage-rock, whilst Trap Door throbs along with mysterious Arctic Monkeys-esque rhythm.

Amongst Liverpool’s hottest new hyperactive prospects lie SPARES. You get a sense even just a song or two in of what’s to come from this band – sharp styling, energy oozing from their veins, and a great DIY backdrop to boot. Born performers, they don’t half love a good dance, jump, and jiggle. Thrashing tunes like Ciggiestump and Grim City back up their chart-topping energy too, true pop-punk poster-boys.

Brummie blues-rock quartet Broken Witt Rebels followed up with new EP Georgia Pine the focus. Experts at combining the intense qualities of rock with the soulful and delicate qualities of blues and folk, they’ve proved an instant hit with several festivals this summer and it’s easy to see why. EP lead single Low is one of the finest blues-rock jangles you’ll hear all year, gutsy twangs of soulful swagger.

Headlining the night, The Jackobins took to their hometown stage for what’s an increasingly rare local performance. For a band that spend most of the year touring the length and breadth of the country and playing festival stages, a homecoming set always goes down a treat these days. Their new tunes have taken on a new attitude and propelled the band to the next level too, their sound is bigger than ever, their set is more stacked than ever and frontman Dominic Bassnett is revelling in the tightness of those around him. Thus allowing him to reach new heights on stage, both vocally and visually, including donning his furs and being drowned in glitter and sequins to close the set.

Soon to be new single Victoria seems to steal the spotlight in the live shows these days but old favourites such as Waiting On The Sun and Prussia are the synth backbone. The Jackobins just keep on growing and seem to consistently sell out upon returns to Liverpool, the sky’s truly the limit.