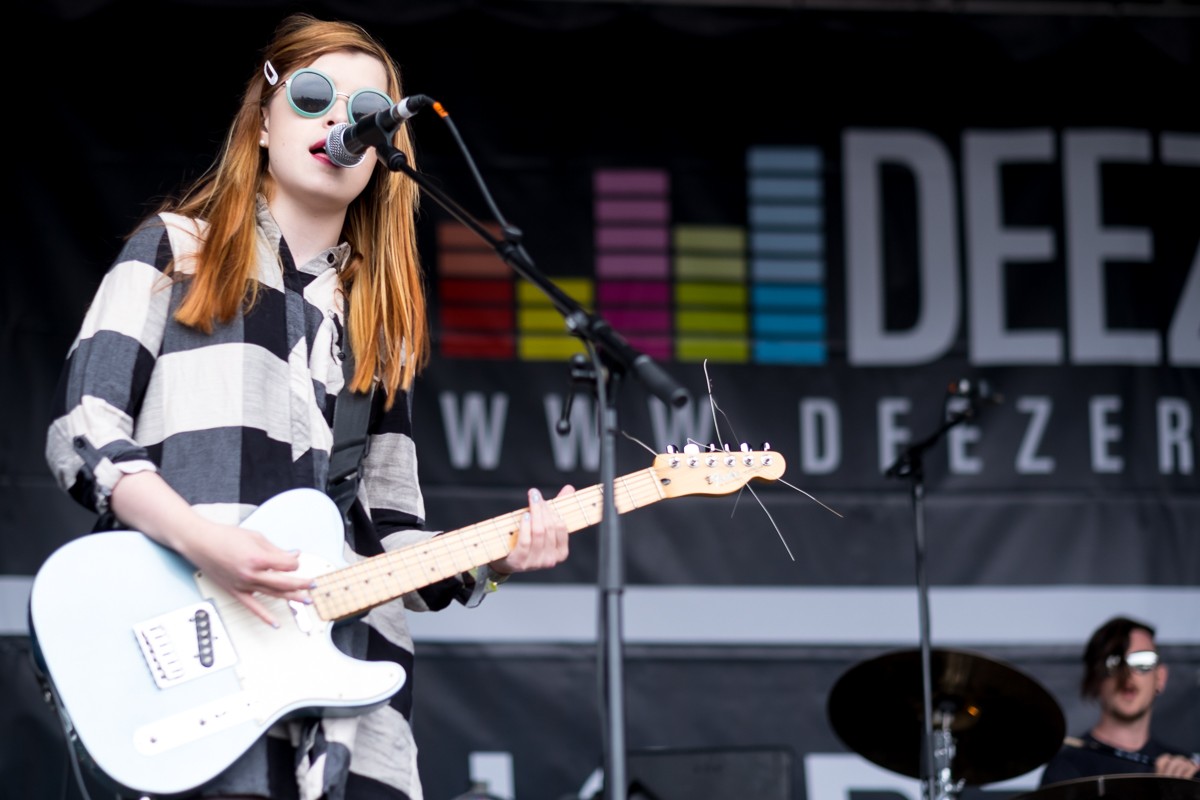 Grunge trio False Advertising have just started their tour for the best part of Autumn and Winter and Liverpool is on the Bill. Getintothis’ Lorna Dougherty has the details.

Behind the slightly secret bookcase-door, in what looks solely like a takeaway place for edgy students, False Advertising play in the hidden gem which is Maguire’s Pizza Bar.

As the three peice take stride in their male/female harmonies and distorted guitar riffs they suit quite perfectly to the somewhat ‘used’ furnishings and poster covered walls in Maguire’s.

Their self-titled debut album, released just over a year ago, has seen them regularly cited as an act to keep an eye on in 2016, which is coherent with their latest single Give it Your Worst. Released in June 2016, False Advertising‘s heavy guitar and 90’s grunge/garage sound has gained them a larger following, as has this year’s Brainless EP.