Experiencing his first night of Liverpool Music Week, Getintothis’ Ryan Craig heads over to check out what’s on offer.

Playing host for the evening was the very fitting Arts Club, just one of the many venues used for Liverpool Music Week. The place was bigger than the entrance suggested – split into a basement and a loft, the Arts Club was dimly lit but maintained a laid back vibe that only few sites can claim to have.

The night commenced when VYNCE took charge of the stage. Starting off with an instrumental approach, the four piece launched an all out attack with their guitars before frontman Peter Pegasiou broke up the assault by announcing himself through both well timed and well rounded vocals.

Although the set had some minor sound issues at the start, with many of the members asking the sound engineer for basically more of everything, the four piece had no problem performing their melodies and lyrics in sync.

The staccato guitar riffs presented by the band were a common theme throughout their set. Evident in the majority of the playlist, VYNCE‘s guitar tinged tunes proved a winner amongst many in the crowd, albeit not a large crowd at this point in the night. The infectious indie pop beat perhaps wasn’t as contagious as deserved, with all but a few glued in position, simply choosing to soak up the sound.

GIT Award Nominees Trudy and the Romance were next up. The odd-case trio (we use the term endearingly) showcased their self-described “50’s mutant pop” with some rather eccentric guitar play from lead vocalist Oliver Taylor, whose questionable dance moves are now synonymous with the band.

Immediately gifting the audience with a play of their latest song Doghouse, Trudy and the Romance gave no signs of holding back. This idea was cemented as they invited up to the stage fellow musicians Pink Kink from the crowd. With barely enough space, the mix of band members gave their own rendition of The Beatles’ Don’t Let Me Down. Truly a spectacular, bizarre, wonderful take on the classic that seemingly gained the most energy from all there. Highlight of the night? You bet.

Did you know the horror master John Carpenter was here for Liverpool Music Week? Well now you do, take a look!

Now back to just three people on stage, Oliver Taylor was able to deliver his trademark ferocious strumming. Often finishing a song at least ten steps to the left of where he had originally started. If it weren’t for his guitar cord keeping him tethered in place, we have no doubt that he’d have gotten lost by the end of the set.

Excluding the cover song, it was the Trudy originals that won the most yells and screams. Songs such as Baby I’m Blue and All My Love were sang and copied by the crowd – the erratic dancing, however, was not.

Comparisons are a common thing for new, upcoming bands, but when it comes to comparing Trudy and the Romance to another musician – we draw a blank. They’re one of a kind, an amazing anomaly, a welcomed oddity and of course, one to look out for.

A brief interval and a few drink refills later, The Big Moon had come to steal the show. Wasting no time, the band jumped straight into their first track Silent Movie Susie. This was just a taste of what was in store, as the all girl quartet jumped up a gear and headed full throttle into the next song. Being their first night on tour perhaps explains all the saved up energy, or perhaps The Big Moon already have the character to deliver on each performance they give. We’ll go with the latter.

Following on from the hair whips galore during many of the guitar plays, the girls would often just chat to the cluster of people here. Mainly about how frontwoman Juliette Jackson has a case of the “sniffles“. Their behaviour onstage was not that just of friends, but of a calm, cool and collected feeling. Veterans of the live act already.

Finishing off with the song Sucker, a slightly slower tempo than some of the other tracks, only proved that The Big Moon are made for live performances. A set full of smiles, friend talk, a bit of rashness and goofy dancing proves a good recipe. 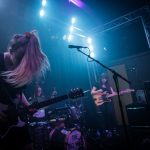 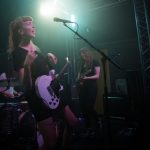 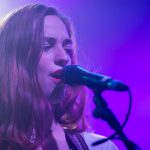 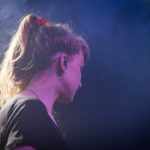 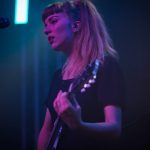 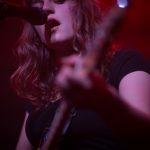 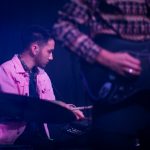 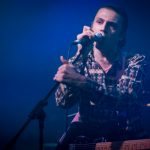 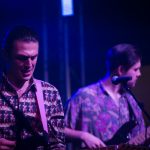 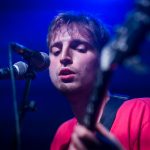 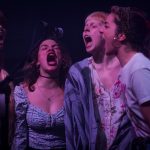 Trudy & The Romance (with Pink Kink) 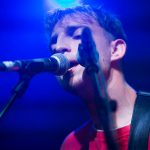