As Nicky Weller brings her acclaimed Jam exhibition to a close, Getintothis’ Del Pike heads to the best after show party in town.

Nursing a pint in The Baltic Fleet, listening to the chatter of many feather-cutted Jam shoe wearers, much speculation was being cast as to who was going to take to the stage at The Echo Arena later on. Nicky Weller, sister of Paul, is winding down her much celebrated Jam exhibition, About the Young Idea, the following morning and is seeing it off with a highly anticipated party at the Arena.

The show which has resided at the Cunard Building throughout the summer has ignited a renewed interest in the band, and all three members have at some point made an appearance there, so it is no surprise that some are expecting a full reunion for the first time in 35 years. Those in the know are in no doubt that this will never happen.

What we get instead is a mixed bag of a night, with every performer intent on raising a glass to “The best band in the fucking world!” and to Nicky’s brilliant success at The Cunard Building.

First up is the mod tribute band, The Transmitters with their Weller look-a-like vocalist. They are in some ways perfect for the job, rattling through songs by the holy trinity of mod bands, The Small Faces, The Who and, of course, The Jam. Working the predominantly male audience up early on, The Transmitters are living the dream, playing to a room full of Jam fans like themselves.

Nicky leads the blind singer, Rick Jones onto the stage to perform a couple of Jam songs and the mood becomes much more subdued as he pours his heart into To Be Someone.

The Farm appear and pay their respects to a band who clearly influenced the young Mr Hooton and friends. A rumbling intro leads straight into Pretty Green. Carl’s bass lines are a little baggy and remind us that although they are doing Jam songs, this is still The Farm. An inspired choice of Butterfly Collector leads to the highlight of The Farm’s short set, a brass infused version of Precious. A brilliant reminder that The Jam never lost their edge, right up to the end.

The Songbook Collective featuring Ocean Colour Scene guitarist Steve Cradock alongside other members of Weller’s band, including Andy Lewis and ex-The Stands, Steve Pilgrim, perform a set which while tight distracts from the point of the night as they perform their own songs.

The awful Magic Custard beggars belief but is redeemed with Lewis’s Are You Trying To Be Lonely, which featured Paul Weller on its release. The crowd pleads for some Jam songs and are finally appeased, given a couple at the end of the set including a raucous rendition of Art School, the opening track from In the City.

After a moving tribute film to the late John Weller, featuring the Weller clan and all band members, Janice Long introduces tonight’s main attraction. It’s not quite From The Jam as drummer, Rick Buckler has not turned up, much to the dismay of the crowd, but we do get Bruce Foxton and long-time collaborator Russell Hastings, taking Paul Weller’s position.

The set is a dream and the opening crash of Down in the Tube Station at Midnight sounds identical to the original. As the set goes on, Foxton does what only he can do best, and he still has the same agitated postures of old. Hastings loses the Weller intonations a little as time passes, but this is still an electrifying trawl through one of the best back catalogues ever.

When You’re Young, ‘A’ bomb in Wardour Street, Funeral Pyre, Mr Clean and Strange Town fill the arena and cannot fail to thrill, but it is Foxton’s vocals on News of the World that hit the mark. Close your eyes and dream.

A remarkable video display behind the band takes us through the sleeves and labels of each song with a plethora of memorabilia taken from the exhibition and for once the stage visuals really do enhance the music.

An almost unrecognisable Nick Heyward takes the mic for This is the Modern World, and it is hard to imagine the young Paul Weller entertaining the thought in the Top of the Pops green room as Haircut 100 chirped up. To his credit, Heyward, who has proved himself to be a great singer-songwriter since those sugary pop times, delivers and gains the respect of the naysayers.

Another burst of fan favourites ensues as Heyward departs and we are spoilt with In the City, Liza Riley (swoon), Tales from the Riverbank and Smithers-Jones,

Chris and Tony from Liverpool’s The Real People enter the story for That’s Entertainment but only really offer backing vocals and tambourines, which is a shame.

Start, David Watts, Going Underground, The Gift and Eton Rifles finish the set with a highlight being a bewildered guy shouting out “This is meant to be the Jam, not the fucking Style Council”, during The Gift.

The most surreal moment of the evening came with the arrival of Badly Drawn Boy, in a short interval from the fantastic Mr Foxton. A few false starts eventually bring a strained rendition of Dreams of Children followed by a disappointing English Rose, all bum notes and strained vocals. Not the best performance of his career. A joker in the gents repeatedly told all at the urinals that Badly Drawn Boy was “sketchy”.

The Jam band return with Nick Heyward once more, to belt out Pretty Green with Foxton’s unmistakable opening bass thrums. Big Country’s Mark Brzezicki takes to Buckler’s drums, that until now have hidden under a sheet. He’s a fine drummer behind an impressive kit, but tonight this cannot seriously replace the original.

Beat Surrender and Town Called Malice round the night off in a suitably energetic finale. A good time was had by all despite some of the more random guest choices and it is a fitting way to end the exhibition that has been a welcome part of Summer 2016. Paul Weller’s mum beams from the stands and we know that Nicky’s crusade to bring some classic modernism to Liverpool has not been in vain. 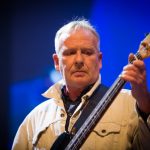 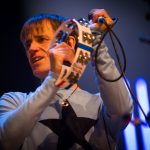 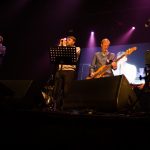 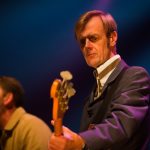 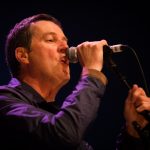 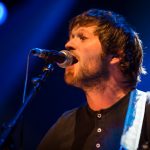 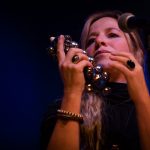 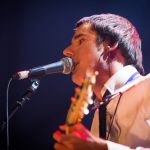 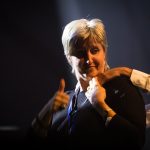 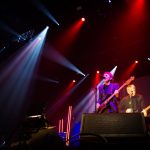 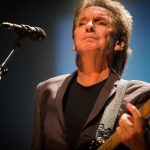 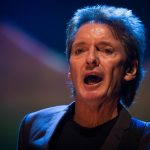 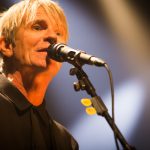 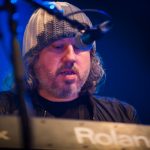