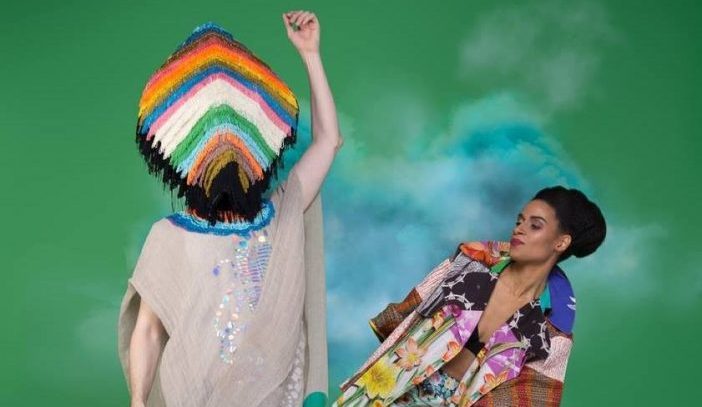 Unknown Pleasures reaches its century with a deft flick down to fine leg and the crowd roars its approval, well at least Getintothis’ Mike Stanton does with another trio of belters.

Yes! Unknown Pleasures is 100. Patrick Clarke started the whole thing off back in August 2014 and along the way has discovered and shared some amazing music. I know I’ve only been running it for a short time (this will be my twelfth….yes, look impressed), and it’s like jumping into the still moving car as it takes the chequered flag but I feel a sense of pride in having continued something Patrick put so much thought and effort into.

So, crack open a bottle of whatever your favourite tipple is and join me as I offer up the one-hundredth edition of Unknown Pleasures and discover something new.

It is large, sweeping and melodic with a spiraling euphoric quality. Frempong’s voice carries the song by being both subtle and understated and then switching to upfront and power-packed as the track tumbles onward.

The whole feel of the song is one of carnival, of snaking lines of dancers gyrating their way through ribbon streaked streets and cheering crowds. African elements abound lending a psych-edged and hypnotic tone.

All in all, this is a killer single that continues to pulse and echo long after it has finished.

From their album Space Diaspora out September 23.

FEWS are a noise-pop quartet happy to lurk in the shadowy corners of post-punk creating motorik infused skeletal indie-rock chock full of hooks and tingly pop. 10 Things has been given a makeover by Wigan-based sound alchemist TVAM and it has been transformed into something darker and murkier.

10 Things was already a track with a dark edge and brooding undercurrent but TVAM has warped and degraded the sound to such an extent that it vibrates and murmurs with a coiling menace. Evoking the sound of Black Moth Super Rainbow the remix sounds as if recorded on an ancient reel-to-reel tape recorder, stored for several decades in a garage, forgotten about and re-discovered.

Dense textures and a dream-like ambience fuse to cause an otherworldly haze that shifts and undulates through a hypnagogic forest of sound and shapes. What TVAM has done is re-invent the track to such an extent that it exists outside of its own creation.

Layered and hazy dreampop is something that Inner Oceans deliver with absolute aplomb on their single WILD. Filtered and membranous synths set a dense bed for the clear-eyed vocals and psychedelic backing as they slide and skitter between the melodies. A heavy-delay 808 kick underpins the popping rhythms that arc and sway like radiant shimmer-trees in an electric storm.

WILD is light and poppy on first listen but once you delve into the murky subterranean tunnels of its construction it offers up so much more. Twisting and blurred production creates depth and space, inviting the listener to explore beyond the bright pop-surface gleam.

Infectious and hooky, this is a very rewarding song from a constantly evolving and interesting band.