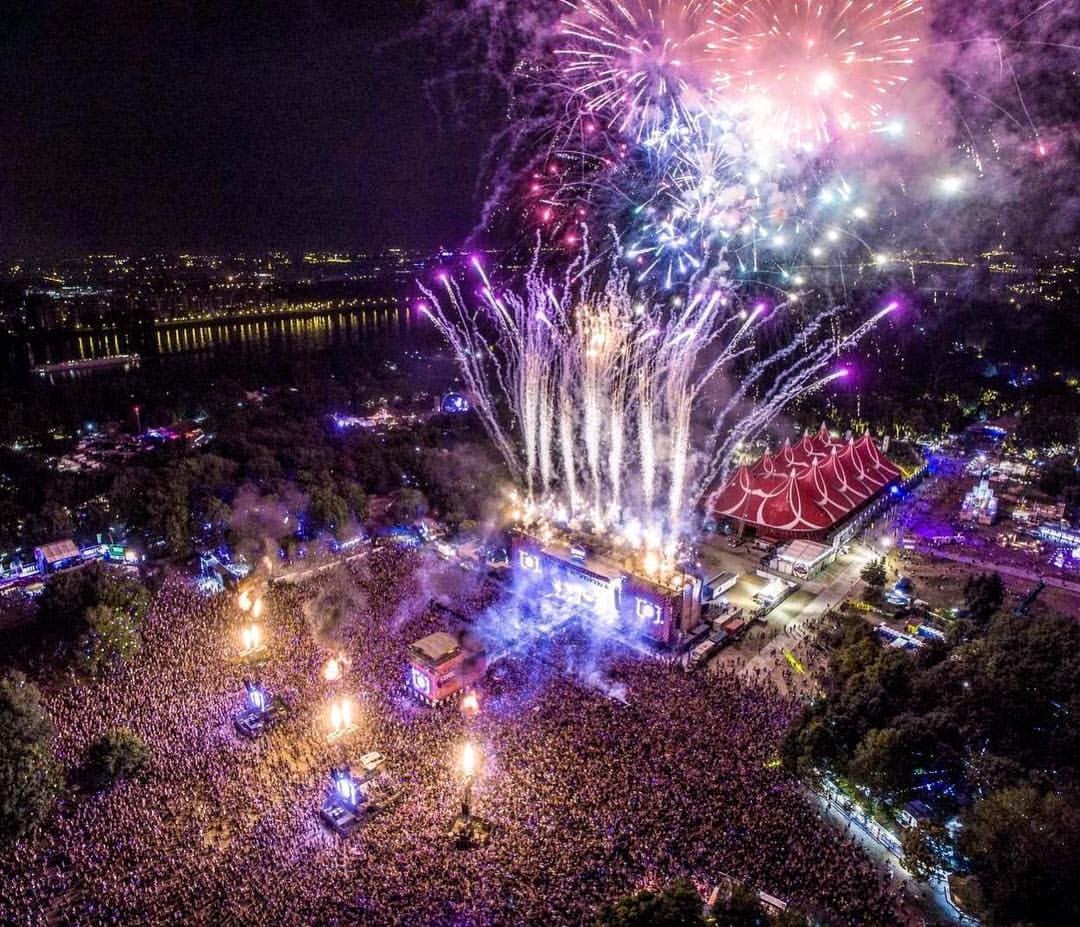 Hopping over to Hungary for another international festival, Getintothis’ Kate Lally brings you the action from Sziget 2016.

Sziget: Think Glasto but cheaper. With glorious sunshine. And a lot less mud

For a week in mid-August, Budapest’s Obudai Island becomes a magical, mythical oasis. And I couldn’t think of a better place to escape the farce that has been 2016 thus far.

Sziget is billed as “an electronically amplified, warped amusement park that has nothing to do with reality”, and after seven months of the world going to shit, nicely rounded off with Mrs Brown’s Boys being crowned ‘best sitcom of the century’, heading to The Island Of Freedom couldn’t have appealed to me more.

The festival sprawls its way right across the island; roughly 266 acres, with half a million revellers coming throughout the week. Founded all the way back in 1993, the Sziget Festival was originally the venture of a few passionate musicians who lamented the lack of music camps after the fall of Communism.

The Hungarian extravaganza, having already received a number of awards, is making itself bigger, longer and more phenomenal every year, and it’s not surprising to see Sziget pull ‘Szitizens’ from more than 60 nationalities, with some 4000 Brits making the trip this year.

To say the line-up is varied would be an understatement, with huge headliners from a hoard of genres; Rihanna, Sia, Muse, Bastille to name a few. But you could go for the duration, completely avoid the main stage, and still have an insanely good time.

More than 1000 performances took place this time around, but this is so, so much more than just a music event.

With circus performances, impromptu raves, foam parties, Thai massages, bungee jumping, archery and games consoles making up just a fraction of the other goings-on, it was more like a Disneyland for grown-ups.

The crowd was a mixed bag – apparently the youngest person there was six months old and the oldest was 86 – and some people even brought their dog.

Because this was a longer festival than most, the vibe was beyond laid-back, with people taking more time to chill and soak up the add-ons Sziget had to offer.

Unlike other festivals, you can camp wherever you want on the island (it really is The Island Of Freedom), and most spots are shaded by trees, saving you from the sweaty headachey hell at sunrise. Plus, the combination of proper tarmac roads and incredible weather meant there was next-to-no mud. I think I can count the pairs of wellies I spotted on one hand.

The other noteworthy way in which it differed from a British festival is that every so often you’re hit by something wet – only instead of a warm bottle of piss, it’s a splash of clean Hungarian water solely intended to cool you down.

Last but not least, Sziget has the beautiful advantage of being situated right on the doorstep of one of Europe’s best cities. So if the abundance of melody and madness on the island itself isn’t enough for you, can soak up some culture and visit one of the capital’s world-famous spas.

If you want to visit a place where you can lose yourself without getting lost, can actually walk around in a t-shirt(!) and where you can forge cross-border friendships, Sziget is for you.

I say without exaggeration that this is Europe’s best festival. And it’s going to take me a little while to accept I can’t go back for another 11 months.

Being back home makes me feel like Jack from Lost – I should have never left the island.

Festivals galore! Check out all of our coverage of the 2016 festival season in Liverpool, Britain and all over the world!

Having formed in 2010, Bastille don’t have a huge catalog of songs, but what they lack in experience they make up for in charisma. Forever the showman, frontman Dan Smith charms the crowd and whether punching the air to Pompeii or singing along to the band’s rendition of TLC‘s No Scrubs, the (predominantly younger) audience is caught up in the singalong from start to finish.

We would be exaggerating if I said that, for 45 minutes, we were transported to some dreamlike plain. But only just. Less than six weeks after smashing Glastonbury‘s John Peel Stage, the band brought their ambient soundscapes all the way to Budapest, and they blew us away. Any impression we may have had about M83 being too commercial or too ‘pop’ has been erased from memory. The boys done good.

The Beatles tribute bands come in their thousands (quite possibly) so it speaks volumes that this foursome were one of the best acts at Sziget, not to mention the best Beatles tribute I’ve ever witnessed. Hungary’s John, Paul, George and Ringo are the closest I’ve heard to the real thing, though the illusion was heightened if you avoided looking at them (this four were more drab than fab). People from all over the world, of all ages, embraced their inner hippie and let loose. Strangers embraced, swaying joyously as the few-thousand-strong audience took our simultaneous trip down Memory Lane.

The South Australian singing sensation’s dazzling performance was the best of the festival. Kicking off to the crowd chanting “Sia! Sia! Sia!” (“Szia” is also Hungarian for “Hello”), Sia took to the stage with a fleet of bewigged dancers – all of whom unfurled from underneath her massive skirt. The unique and flawless performance was reminiscent of an emotive musical theatre piece, and the powerhouse singer-songwriter knocked it out of the park with not just her hits, but songs she has penned for other mainstream artists. She is now arguably as famous as Rihanna, Britney and the others, but she’s doing it on her own terms. And she’s a work of art.

Crowd at Sziget, and a dinosaur