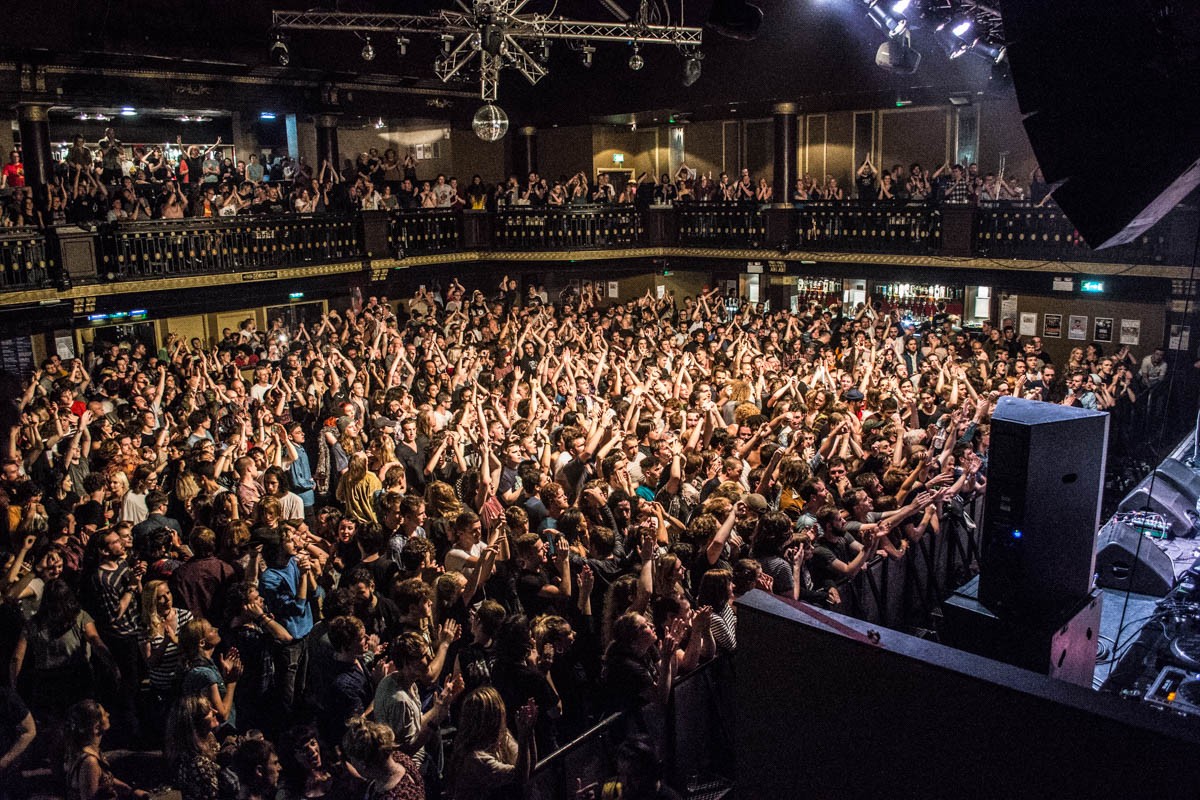 A whacked out psych fest of strange proportions took aim at The Ritz where Getintothis’ Vicky Pea was front and centre.

Arriving at The Ritz shortly before the first billed act of the evening a small queue extended its way up the street, full of eager bodies limbering up in need of a good psych work out. They’d come to the right place.

Those who did make the effort to get down for early doors were rewarded with a small but perfectly formed set from Charlotte Cannon. Donning an outfit reminsient of a Parisian clown was she was in equal parts entrancing, creepy, amusing and provoking. With highly engaging lyrical subject matter performed in a sultry and captivating manner Charlotte certainly left a lasting impression on all those occupying the Ritz basement. 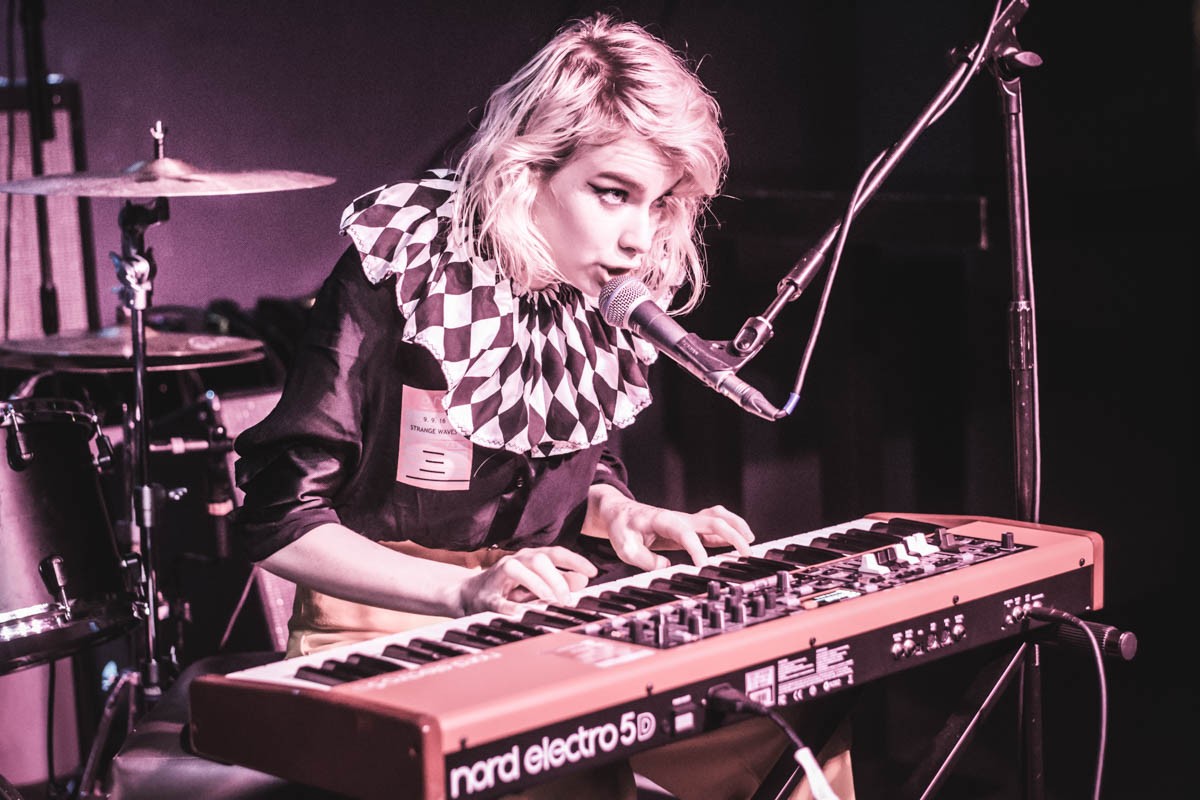 The first act to take to the more familiar main Ritz stage were Perth’s Methyl Ethel. Currently on tour with Preoccupations (nee Viet Cong) and signed to 4AD the trio have some serious credentials to their name, credentials they more than live up to as they take their time building their set as the temperature rises, the band seemly capable of bringing the scorching dry heat with them wherever they go. Imagine finding yourself stranded in a baron sunburnt landscape, reminiscing of water but somehow managing to remain quite calm about the whole thing. That’s how they made us feel anyway.

Tonights bill, unlike others that can attempt to utilise a second smaller stage just for the hell of it, manages to absolutely nail the stage splits, with the basement bands perfectly suited to their surroundings, including London gang Shame. Somewhere between Slaves and Sleaford Mods the group deliver a no holds barred set of socially and politically charged songs in solidarity with the crowd, including an ode to Brexit, all while destroying the stage, clambering atop speakers, clinging from ceilings, stealing drinks, stripping and generally causing as much chaos as they could. What’s not to love. The country needs a band like Shame right now. 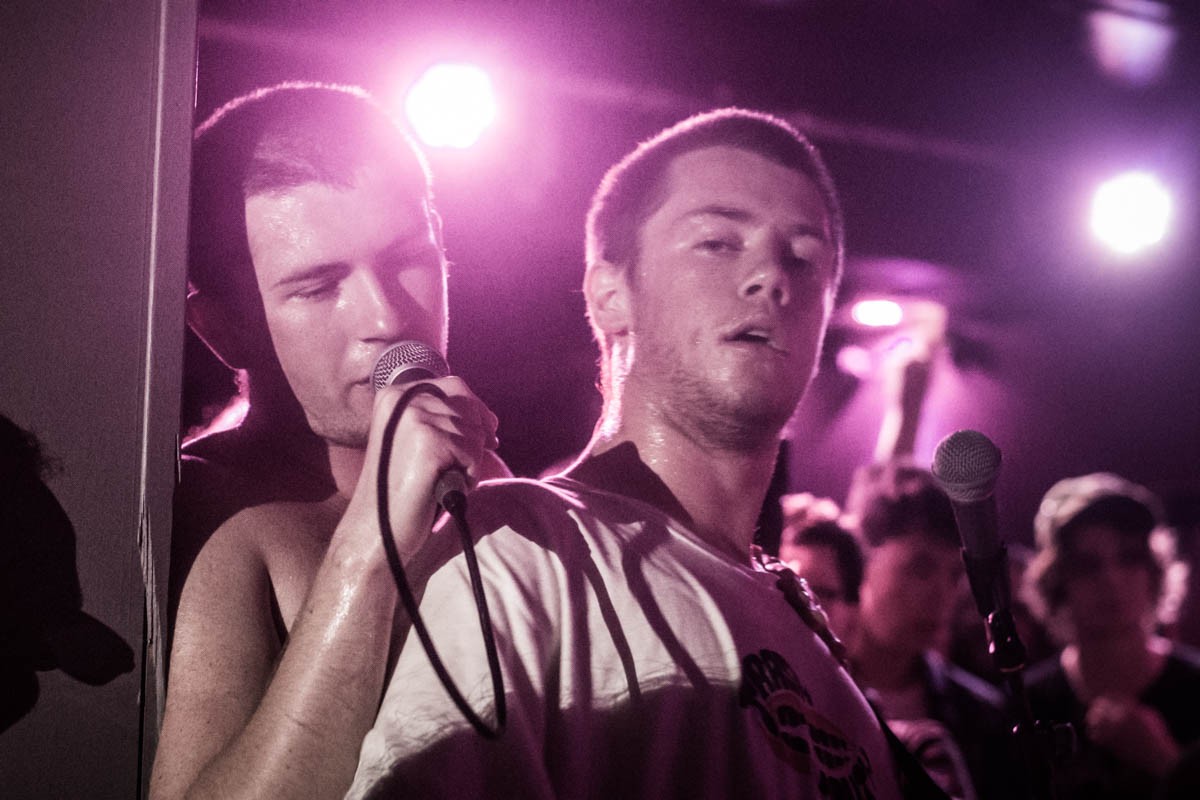 Seeing as we’re already in the basement the last band to take to the now slightly worse for wear stage, are The Parrots. Bodies are now close to becoming intimate with those next to them as it feels like the whole capacity of the venue attempts to make it down stairs for what everyone knows is going to be a party. Also, a big of kudos to the DJ’s on the night who smashed out some serious tunes between sets.

The energy and joy the trio put into their sets is contagious and it’s not long until there’s a Parrot being lovingly carried across the room by his adoring worshippers. The band have the ability to let everyones hair down as for the first time tonight the Ritz really gets rocking. We’re talking sweaty, beer stained, dance like no ones watching par-tay. And there’s no rest, because immediately following The Parrots triumphant set, their Aussie hosts are ready and waiting a few feet above them. 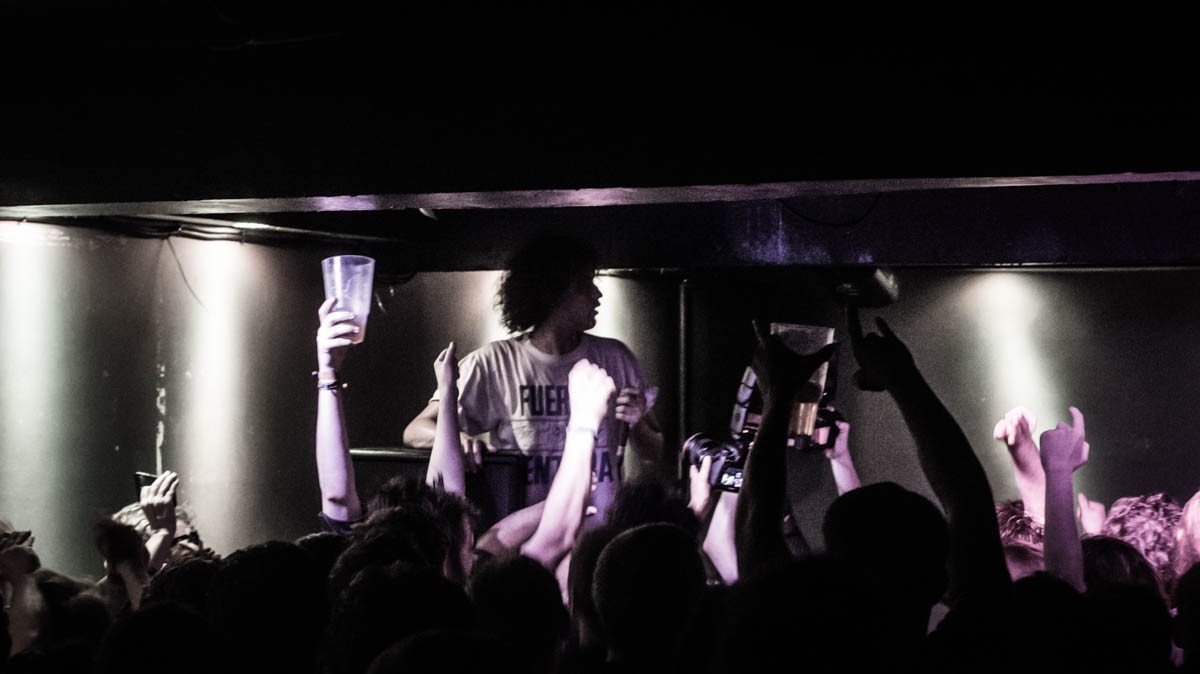 We’re putting it out there. King Gizzard and the Lizard Wizard could be the greatest band in the world right now. Relentless in their creation and release of new music, sometimes even for free and nothing short of exceptional everytime they step on stage. Only two years ago we saw them play to a half empty loft at the Arts Club, how thrilling it is to be witness to their rise has been since seen them triumph with sets at Glastonbury, huge international tours, their very own Gizzfest and now a sold out night in front of adoring and euphoric fans at The Ritz.

We’re not sure we’ve ever been in a crowd like the one during this set. It was truly remarkable. Every single person lost their mind. There wasn’t a still body for an hour and a half as the crowd continuously bobbed and grooved, not that we had much choice. For those of you unfamiliar KG&TLW don’t really do ‘songs’. Not live anyway. For the entirely of their set, from first note to the last there are no breaks. Hits merge into hits and occasionally you forget even where you are, or how long you’ve been here and before you know it they’ve circled back round to the start and are drawing things to a close. 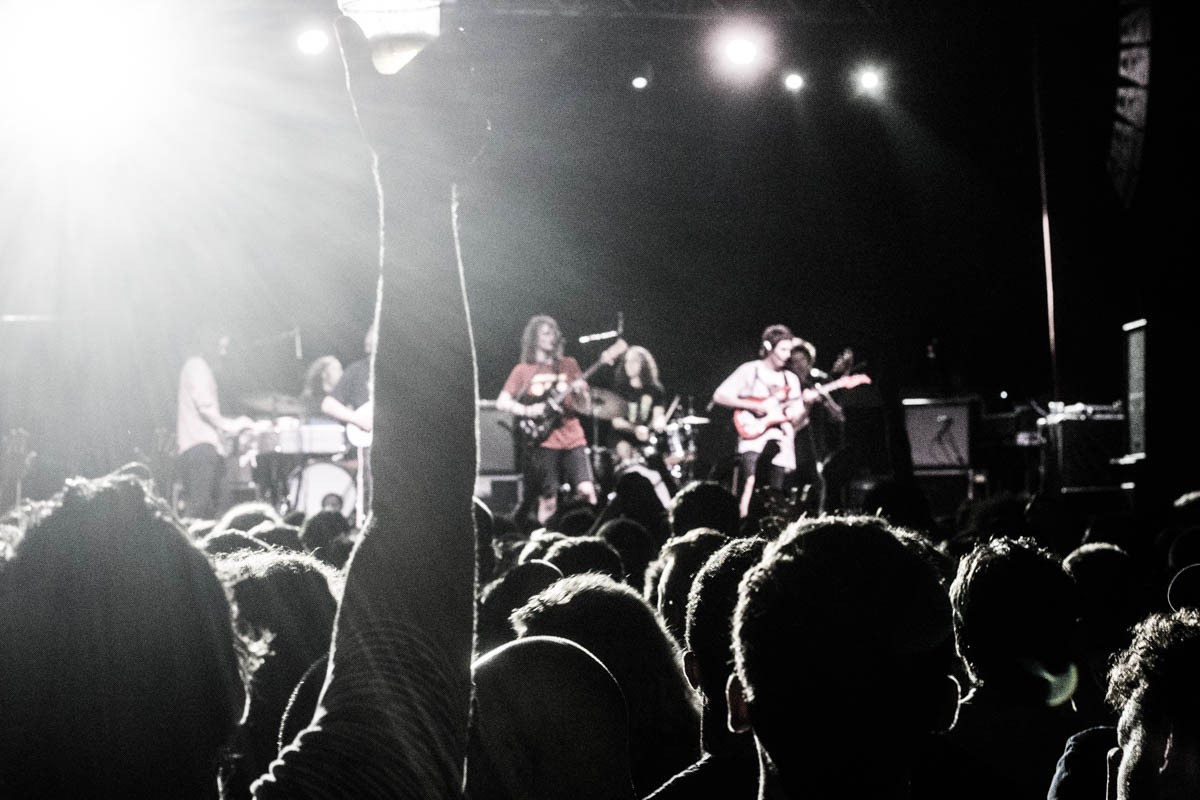 Half way through the set we ventured up to the balcony where we found ourselves captivated by the crowd below. Waves of crowd surfers, mini circle pits and flaying arms from one bar to the other. Screams of delight ring out as In Your Mind riffs in and an even more remarkable moment occurs during The River. You know when you go to a gig and the band try to get everyone to crouch on the floor but it never really works and ends up being a bit embarrassing? Well as “Floated down, down down, down down, down down” is repeated from the stage the crowd, without any prompt or instruction, got down. Pretty much the entirely of the Ritz was sat on the floor having the time of their lives before exploding in a frenzy. We’ve never seen a crowd so heavily invested in a show like tonight.

Now we’d forgive you if you thought that’s where it ended, but nay. The Wytches had the unenviable job of following a band that we have just called the greatest in the world. We feared for them. As expected, with the hour growing late, some attendees had headed for trains and taxis, but not too many! Despite the euphoria of their predecessors we were won over by the booking move as the guys drove us into darker corners more fitting of a late night and instead of leaving us adrenaline filled and looking for the next party we left content and fulfilled, with Strange Waves having delivered on everyone and more of our expectations. All that’s left to say is, same time next year please! Pretty please?