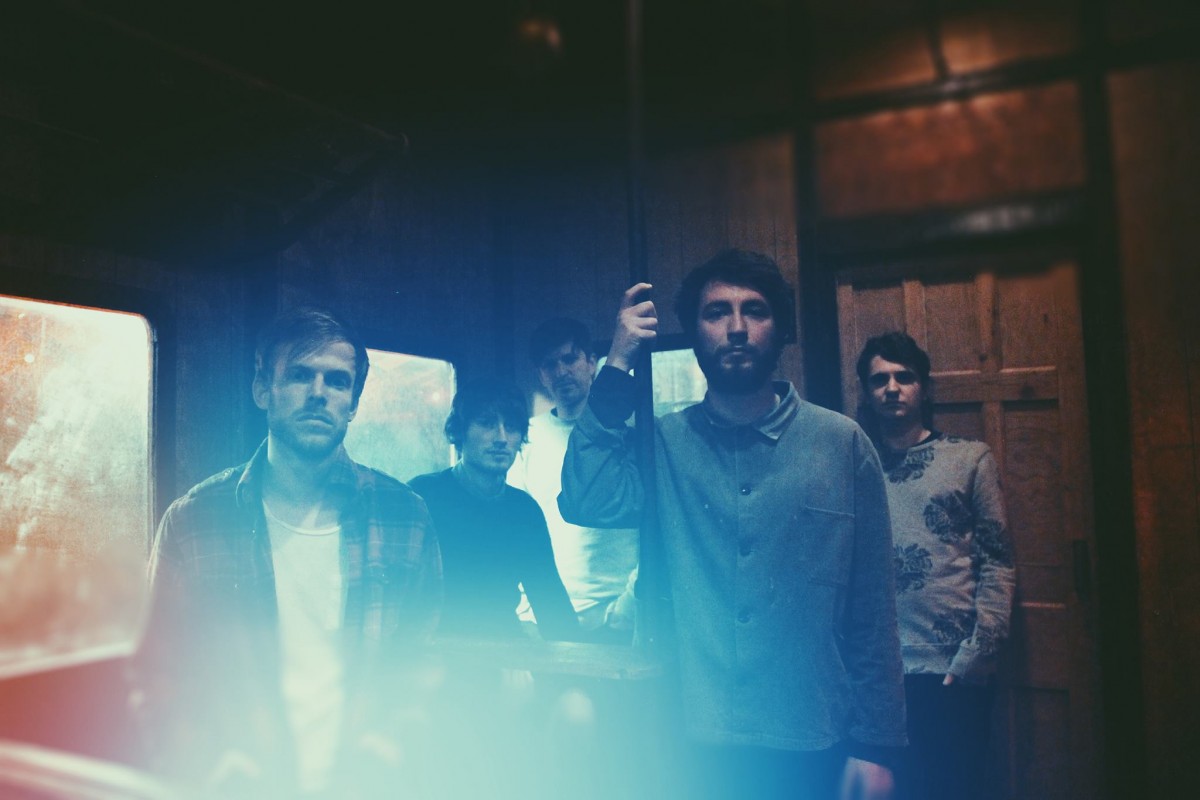 In this edition of Singles Club, Getintothis’ Matthew Wood spans galaxies with some Canadians, sees a camping trip turn sour for some ‘mellow’ dudes while a great dollop of drone rumbles his very core.

A band at the pinnacle of their songwriting ability, Liverpool’s five-piece Cavalry boast a modest, emotionally charged sound that will remind you of the existence of those hairs on the back of your neck.

Lucerne sees every member of the band simultaneously steal the show; featuring a drum performance that nods to the adept skill of Bryan Devendorf (The National), an ethereal combination of guitars and a distinct vocal that manages to soar above such atmospheric sounds recalling the captivating croon of Orlando Weeks (The Maccabees).

Another homegrown gem for you to enjoy, catch them at Buyers Club on October 7.

With large influence stemming from the likes of Bon Iver and The National, you can expect a real sophisticated sound, a perfect accompaniment for those upcoming dew-soaked autumn mornings spent kicking leaves.

The vocal duet is fantastic, also, these guys should pair up again… please.

It’s been a while since I featured some slamming heavy metal and Red Fang’s sludge ridden stoner rock came at the perfect time. The hilarious video sees regular dudes (Red Fang) searching for a mellow time blown to bits by vengeful nerds after their comic book is tarnished with a cup of soda.

Gut wrenching bass lines and a rip roaring onslaught of riffs make the perfect soundtrack for a series of brutal deaths, and the spilling of blood and guts.

If you can figure out what the heck the nerds are talking about at the end of the video, let me know.

In this latest track from the Lady herself, she’s teamed up with fellow musical royalty for a characteristically pumped track with a social commentary that is, as ever, remarkably relevant.

Kevin Parker, that Aussie psych-obsessed stoner turned world wide recognised producer combines with Gaga and Mark Ronson for this star studded affair that channels a part of each of the trio’s musical mind.

You can hear slithers of Parker’s masterpiece, Currents running under the heavy chords, and Gaga‘s vocal that strains in good old, classic rock fashion, while Ronson ensures it has all the facets to be a radio sensation. While each artist certainly stamps their presence onto the track, it feels as though their may be compromise between the three, does a star-studded line up always mean a winning formula?

Following on from his eighth album, Love Streams, the Canadian ambient wizard pumps a heavy load of drone filled electronica into your system that proves as unsettling as it is downright mesmeric.

Streams of piercing orchestral strings dominate the track’s opening while a faint glow of ambience grows nearer and nearer amid the ominous chaos. Soul-shaking drones then plough their way to the surface, rumbling your bones and curdling your blood, rivalling the power of drone duo, Fuck Buttons.

Maybe one to stick on at your Hallowe’en house party, it’s a seriously sinister hit from Hecker; use wisely.

The Growlers – I’ll Be Around

With a vocalist like Brooks Neilsen as your frontman; the charismatic, buck-toothed poet with a growl that could melt hearts, it allows the rest of the band to veer from their musically beaten track and still sound undoubtedly like The Growlers.

Their transition has been subtle, from the early, raw recordings on Are You In Or Are You Out, to the more refined tracks of Hung At Heart, and later the glimmering, polished Chinese Fountain, flirting with 80’s disco in the coolest manner.

That 80’s flirtation continues into the band’s latest efforts, and with the addition of the midas touch of Julian Casablancas, The Growler‘s are transforming, and it’s a pleasure to witness. I’ll Be Around features gruff, lengthy rants from Neilsen, backing vocal shout backs and a space-age synth solo to boot, but as always, the beating heart of the band remains those jangly, high-fret chords of the early days, and long shall they remain.

Their latest album City Club is out on Cult Records, September 30.

People of the North – The Caul

Brooklyn psych act comprised of Kid Millions and Bobby Matador both of the all-embracing, massively eclectic band Oneida tap into their long-enduring side project once again.

Their three-track EP The Caul is a experimental brew, largely dominated by a tight dose of jazz-infused drumming while synths and drones gurgle behind. With regards to conventions, there are few, tapping into a sense of irrationality and a step away from strict order and systematic ways.

With the tracks stretching over 10 minutes long, it’s easy to get lost in the medley of musical conversation that ensues throughout. Rumbling toms answer to sinister drones and shots of snare and ride call into the sometimes ambient synth-y glow.

Perhaps more suited to accompany an art installation than your morning coffee, but their experimentation is to be commended and it’s a thoroughly interesting, intuitive performance.

Take a deep space exploration with some traditional Indian-infused psych rock from Canada; sounds rather tempting doesn’t it?

Elephant Stone‘s frontman Rishi Dhir (formerly of The High Dials) commands his psych ship through the Andromeda Galaxy as he muses on the minuscule existence of man in our vast universe.

With a mighty solid sound, the band can rely on simplistic riffs, a practically spoken word lyrical endeavour and a prudent use of effects to take the track beyond the exosphere. Dhir even confesses that he included some of NASA’s space recordings for the outro, nice touch.

Just when you wanted a bit of urban sass and a potential club anthem to blast away those post-summer blues,  Liverpool’s award winning teenage vocal sensation, Tabitha Jade, drops her latest tune.

Tell Me bounces to life on a bed of infectious chords, harking back to the 90’s dance era, before Jade‘s vocal arrives, smooth and rich in melodic goodness.

The track builds to a sweet drop charged with a bending synth riff that joins hands with Jade‘s crystal “ooh’s” over a pumping beat laid down by a cool-beyond-his-years kid with a snare drum, check it.

Summer Moon – With You Tonight

The Strokes bassist, Nikolai Fraiture teams up with members of Jane’s Addiction, Uh Huh Her and The Airborn Toxic Event to front an electronic-funk supergroup, Summer Moon.

Having spent his musical career playing bass in one of our generations most iconic bands, the domineering bass-line in With You Tonight comes with no surprise.

Gifted a real 80’s flavour, the track pops along on a dance-y clap beat with delay laden melodic plucks before a surge of dark pulsing synths join the dark and the light, keep your telescopes at hand for more from Summer Moon.

Another Liverpool act for you to get to grips with, The Good Host fuse fine, friendly folk with some subtle surf tones for a feel-good sound that is best enjoyed alongside the clinking of a full glass of beer.

The band illustrate the painstaking process of recording in their music video, showing that it’s not always time for beer and bobbing of heads, but with a tight sound and an all round unique sheen, their hard work is bound to pay off.

Frontman, Jason Baxter, is gifted with a rich vocal that would suit an opening credits Disney tune as much as it does his band’s pleasant folk pop. It’s a distinct voice and instantly memorable, and one that we could listen to on repeat all day.