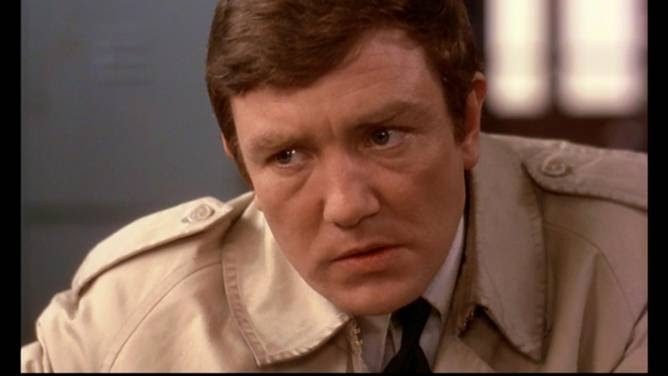 In our third trip to the movies to coincide with The Museum of Liverpool’s Reel Stories exhibition, Getintothis’ Del Pike revisits the classic, but problematic Gumshoe.

Some 15 or so years ago I had the pleasure of attending an intimate Q&A at the BFI with British film director Stephen Frears.

He had recently enjoyed success with his Americanised adaption of Nick Hornby’s High Fidelity and was keen to discuss all things Cusack. Being the awkward sod that I am, I diverted his attention to the work he had done with The Comic Strip Presents… and dared to claim that my favourite film of his was Mr Jolly Lives Next Door, a Bottom-esque slapstick farce starring Peter Cook, Rik Mayall and Ade Edmondson.

He basically shut me down with an ice cold look and just uttered “Seriously”.

In truth my favourite film of his remains to this day his debut feature, Gumshoe (1971), a criminally overlooked movie that certainly hinted towards Frears’ Stateside hopes and dreams, despite its decidedly grim backdrop of Liverpool in the early ’70s.

The film is a scouse re-imagining of a Sam Spade film noir, with the ever-watchable Albert Finney in the lead role as Eddie Ginley. Eddie plays the clubs at night, a Bingo Caller working for club owner Tommy, played by Bill Dean, who would later go on to play the cult working class hero Harry Cross on Brookside. Bored in the daytime and busy dreaming of bedding his brother William’s wife Ellen – played respectively by Frank Finlay and the enigmatic Billie Whitelaw – Eddie gives himself a birthday treat by placing an ad in the Echo for a Private detective: “SAM SPADE. Ginley’s the name, Gumshoe’s the game, Private Investigations. No Divorce Work”. From there a dark mystery unfolds as Eddie receives a gun in an envelope.

In practice the plot is a mess and even on repeat viewings it is difficult to patch up the holes. The appeal of the film lies in the atmosphere and performances, particularly the role of Liverpool as the rough and ready seaport surrogate of traditional Hollywood noir settings. Interestingly, the film was financed by Columbia, the studio responsible for such original noirs as City of Fear and The Big Heat.

The Liverpool waterfront has loomed large in many films made in the city and Gumshoe uses it extensively and to great effect. When Eddie visits his brother to discuss where the gun came from, there are moody panoramic shots of the docklands that recall Newcastle’s grim scenes from Mike Hodges’ Get Carter, released the same year.

The Reckoning, Jack Gold’s Liverpool-set crime thriller, predates Gumshoe and Get Carter by two years and could have been a massive influence on both Frears and Hodges. The film follows a distinctly similar plot to Get Carter with Nicol Williamson’s Mick coming up North to avenge the mysterious death of his father. Shots along the Dock Road in this film establish the landscape as perfect for moody crime dramas, the only surprise being that it has not been used more since.

The Liver Building is Liverpool’s own nod to stateside architecture. The lower half of the building was based on a design for a Chicago city office, with its unique flourish of Liver Birds added on top. Walter Aubrey Thomas’s structure was one of the first buildings in the world to be constructed of reinforced concrete and for a while was the tallest storied building in Europe. Facts aside, it’s a beautiful building and incredibly cinematic, as Gumshoe‘s closing images of a swooping bird’s eye shot, pulling out from The Strand make obvious.

Eddie Ginley’s home holds similar interest for Liverpool audiences, as he resides in a Gambier Terrace flat overlooking The Anglican Cathedral. It appears that the interiors are shot from the actual location and exteriors certainly are, showing the closed off driveway and ornate front porches. Apart from being desirable City residences, the row is famous for being the early ’60s home of John Lennon and Stuart Sutcliffe.

The realistic locations in the film add to the gritty nature and ultimate appeal of the film, extending to the Adelphi hotel and to a scene around the Bedford Street South area of Liverpool’s Georgian Quarter. An explosion in Faulkner Street was actually shot in London for some reason.

The use of the actual Broadway club (later Clubmoor Conservative club) adds a sense of how people enjoyed themselves in Liverpool at this time, the lost world of working men’s club entertainment. The celebrated Jacksons appear briefly in this scene, a popular Liverpool cabaret band of the time. This was the era of Tom O’Connor, Stevie Faye and Ken Goodwin, pre-Peter Kay stand-ups with clear influences on Phoenix Nights.

FACT to host World Premiere of The Beatles: Eight Days A Week – The Touring Years

The choice of Albert Finney is a fine one. He is an actor with an unsurprising amount of cult appeal, based largely on his performance in Karel Reisz’s 1960 adaption of Alan Sillitoe’s Saturday Night and Sunday Morning. Finney’s portrayal of the angry young man of British social realism Arthur Seaton has a string of quotable lines and an appropriately stinging attitude. Born in Salford, Finney adopts a Nottingham accent of sorts for Saturday Night and Sunday Morning but he struggles a little to find his Liverpool voice for Gumshoe. This is disguised to an extent by his constant cod-Bogart imitations throughout the film, adding to the illusion of his private eye status.

Albert Finney, along with Billie Whitelaw were both Morrissey muses, with Whitelaw on the sleeve of The Smiths’ William it was Really Nothing sleeve. Finney was meant to be the cover star for Heaven Knows I’m Miserable Now, but refused to have his image used. The Whitelaw shot is taken from the 1967 film Charlie Bubbles which also starred Finney. The Smiths connection places Gumshoe in good company with that brace of British movies to grace sleeves and backdrops such as A Taste of Honey, The Family Way and The Collector.

Finney‘s character is an anti-hero, no mistake there. It is hard to love Eddie as he is ultimately selfish. His desires for Ellen are more driven by his sibling hatred of his brother than love. What sticks more than anything however (and the reason why the film is rarely shown on TV anymore) is the repeated use of racist language from Finney’s character. Written by Liverpool born writer and actor Neville Smith, who also has a small part in the film, the script is peppered with liberal uses of the word “spade”. In one particularly awkward scene where Eddie attempts to intimidate the character Azinge (Oscar James), by using a stream of racist abuse, he beats him down and calmly replies “So you are the great white hope”.

It is the type of humour used in the TV Sitcom Love Thy Neighbour which ran from 1972 to 1976, where Rudolph Walker’s black character always won arguments with a witty put down line, but not before having to endure lengthy comedic racist banter. It can be argued that it is a reflection of the time it was made, against the backdrop of National Front marches, but it does make for an uncomfortable watch and unfortunately weakens the appeal of Finney’s character. It is difficult to work out why Smith added this unpleasant element to Eddie Ginley.

There are some notable appearances in the film from Fulton Mackay (Porridge), Wendy Richards (EastEnders) and Maureen Lipman, and the film certainly has ambition. Despite its inherent griminess it is cinematic and when understandable the plot is intriguing at the very least. There is also an impressive yet overblown score of Hollywood melodrama proportions, supplied by none other than Andrew Lloyd Webber.

What holds Gumshoe back from having equal status to other great British crime dramas such as Get Carter or even The Long Good Friday (1980) is its uncomfortable dialogue. The racist comments are one thing, but Finney’s ever-present Bogart imitations make it even more difficult to identify with him. It is difficult to imagine Michael Caine or Bob Hoskins putting on comic accents successfully, and this fate certainly befalls Finney. His dreamer qualities are comparable to Tom Courtenay’s titular performance in Billy Liar (1963) and a visit to his psychiatrist at the start of the film raises questions about his sanity. Finney’s charm wins through however, and shots of him ironing his shirt in his flat with his headphones on, or miming to his brother’s piano to woo his sister-in-law stick in the memory as classic Finneyisms.

Gumshoe’s popularity is hard to pin down. It is not an easy film and its politics are decidedly dated. But there is still something of an appeal, particularly amongst Liverpool residents. Despite its Hollywood backing, it feels very much like a home-grown film, utilising locations cannily to please local audiences. The humour is very Liverpool and Albert Finney, whilst not quite getting the accent spot-on, certainly nails the comic timing that is unique to the area. It’s a clever little film that should be seen, and is available now on Sony Pictures DVD.