Midway through her set Eleanor Friedberger contrasts tonight’s Arts Club Loft with the previous night’s gig in Manchester. In comparing the loud, noisy and high-ceilinged room to the more intimate Soup Kitchen venue one can’t help but feel that she is being ever-so-politely derogatory. Indeed the soulless sparsely filled room offers little by way atmosphere.

Attendees hang back creating an unfortunate sense of distance and aloofness that is only bridged during the encore when Friedberger ushers the crowd forward. Noise emanates from those more willing to hang back at the (under-stocked and over-priced) bar creating a noticeably cacophonous between-song echo that must dampen the spirit of even the most confident performer. A distractingly persistent low hum from the speakers casts doubt over the purity of the sound being emitted.

To her credit Friedberger is able to rise above the general gloom with a performance that marries languid effortlessness with a spikily urgent vim. Intricately complex wordplay leaps from her tongue in a way that never sounds contrived or forced. Arresting couplets and startlingly evocative imagery form the backdrop to her best tunes and, when married to her impressively catchy melodies that hover somewhere between a West Coast jangle and and an East Coast urgency, her songs come alive. None more so tonight than on mid-set pleaser My Mistakes which proves that what is an essentially retro-vibe, when done well, can sound fresh and modern.

Indeed much of her set has an old-fashioned feel to it. Largely eschewing the experimental tendencies of Fiery Furnaces, there is real song craft afoot here amid a 1970s warmth. This is evocative and affecting music. You can breathe the atmospheres, feel the sweaty humidity or the chill of the winter from the cadence of her lyrical delivery. Main set closer Stare at the Sun is a fine example, a slightly reworked opening from the album version, gives way to glorious choral refrains conveying both a sense of insistent thrill and wistful longing. “Cause when I’m with you, everything’s treasure / I forget what it’s like to be gone / I’m far from the town, in the suburbs of your pleasure / I’ve been in exile so long” sounds nigh on perfect.

Friedberger on the pressures of producing new music and gender inequality

Elsewhere New View album closer A Long Walk achieves the same effect. A majestic rattle through the changing of the seasons perfectly showcasing both Friedberger‘s lyrical dexterity and her band’s fluid playing. It is poignant, personal and dripping with absolute sincerity as the band demonstrate their own connection and understanding of the song, playing with a vibrant instinctiveness suggesting this to be the Eleanor Friedberger Band much more than that it is ever the Eleanor Friedberger solo show.

When speaking to Eleanor last month were promised some surprises and naively assumed new material. Yet the biggest surprise (although not to those who heard her in session on BBC 6 Music the night before) was the inclusion of some choice Fiery Furnaces material including the persistent ear-worm of Single Again and the ferociously delivered set-closer I’m Gonna Run which gave the trio, on taut chains all night, a chance to musically let rip.

It is always nice to hear what other musicians are listening to and for those familiar with both it will perhaps come as little surprise that Friedberger would reveal herself to be a fan of Cate Le Bon. Opening the ‘encore’ (the band never actually left the stage) with a cover Love Is Not Love shows Friedberger capable of pushing herself in new directions capturing impressively the otherworldliness of Le Bon‘s distinctively Welsh brand of psychedelic pop music.

Yet the final word must fall to the Arts Club venue. Poorly staffed and feeling unloved and drab, it was a miracle that Friedberger was able to rise above its prominent flaws with such consummate ease.

The very name Arts Club conjures up images of a community; a place for like-minded individuals to meet, the birthplace of new ideas and a freedom from the cultural homogeneity of the outside world. Yet when you are unceremoniously asked to leave at the end of the night, denied the opportunity even to engage with willing artists, you feel that the Arts Club exists only in its cynical name. It offers little more than a front for the corporatisation of music venues that on the evidence of tonight does little to persuade either artists or punters to return. 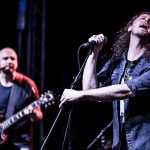 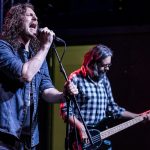 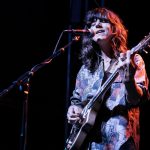 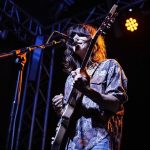 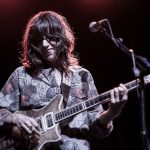 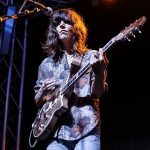