Indigo Moon opened up and any late stragglers were greeted by Ashley Colley’s signature vocal fire. Hats off to EVOL on the booking of Indigo Moon, there’s no Liverpool band that fits so neatly by design into this bill better than them. Indigo Moon have a new EP on the way titled Anatomy and those in attendance were treated to a few sneak previews of what raucous wizardry is to come. On a night that showcased some serious lung power and grunge-rock rhythms, they more than held their own, and seemed to win a new fan or two along the way.

After a short interlude, giving the audience an opportunity to bask in the gloriously minimalist warehouse surroundings of The Invisible Wind Factory, Denver siblings Demi and John Demitro, a.k.a The Velveteers took to the stage.

There was a cool aura of newness surrounding The Velveteers, makes their debut live experience infinitely better. Front-woman Demi Demitro has migrated to a heavier style brilliantly from her previous acoustic project. The Velveteers have come a long way in a short time their first UK tour generating positive comments flooding out of every gig over here on this stretch so far. They run through the ’90s American Rock Playbook with aplomb, teaming grungy guitars, tight drums, edgy vocal swagger and barrel loads of distortion. Tracks like the incredible Death Hex are available online, although you really ought to have seen it live in all its honest grit.

Deap Vally took to the stage with new record Femejism not far behind and more than a hint of anticipation in the air for what was to come. Their brand-spanking new, all killer-no filler LP was at the forefront of a set spanning close to 75 minutes with little kicks and spurts of debut Sistrionix thrown in for good measure. Little Baby Beauty Queen began proceedings, Liverpool lapping it up and soon the hundreds in attendance were swaying and head-banging along to every blues-rock ‘n’ roll twangler churned out.

Frankly the entire set list could be listed as standouts; Lindsey Troy and Julie Edwards don’t really do slow numbers. Not that anyone wanted any. New tracks like Gonnawanna, Heart of an Animal and single Smile More lay at the heart of the set, alongside old favourites including Gonna Make My Own Money. It brought back nostalgic memories of their 2011 Mountford Hall support slot, when they made headliners The Vaccines a rather damp squib. Liverpool has loved Deap Vally and their frantic energy ever since.

Frontwoman Lindsey Troy brought her usual unique stage personality back to Liverpool in force, spotting a HMV bag in the crowd, before plucking it out, looking inside and pulling out a Femejism record. She admired its beauty, licked it and passed it back to loud cheers. Said record was even signed for the punter later on; now there’s a gig memento.

Deap Vally‘s Invisible Wind Factory showing was no different than their Mountford Hall coup of five years ago, a good old fashioned frenetic rip-roarer from start to finish. The energy remained sky-high right through to encore closer Royal Jelly, prior to which Troy thanked the crowd for “keeping things spicy”  before chucking herself into the front few rows, ably assisted by a bubbly Liverpool crowd. There was even time for a shout-out for the lady running their merch stand on tour, who went on to play tambourine on a cover of Beyoncé‘s All Night. The incredibly sweaty evening will remain long in the memory, and certainly stands up as a solid gig of the year contender.

What a host venue, too. Within the walls of The Invisible Wind Factory, The Kazimier strikes back. 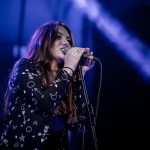 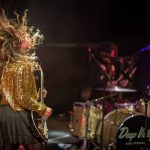 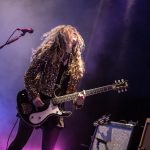 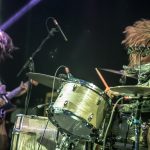 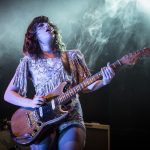 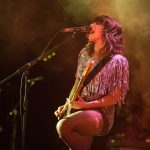 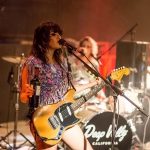 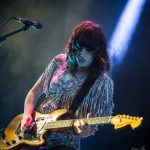 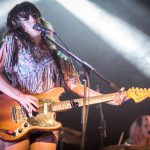