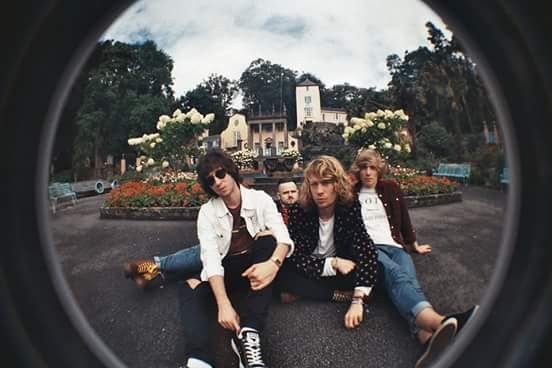 Manchester’s new live favourites Cupids have announced a jaunt up the M62 to play Liverpool’s Studio 2 this autumn, Getintothis’ Jake Marley has the details.

Cupids have spent the summer receiving rave reviews, whether it be rocking Leeds Festival or playing on rooftops around Manchester. Now they’re gearing up for a further run of gigs to further showcase their increasingly popular live flavours.

Cupids will visit Liverpool’s Studio 2 on October 13, their first Merseyside outing since a storming FestEVOL set back in May.

Following up the release of anthemic hit Kickin’ In with in-store performances for Dr Martens and several high profile festival slots alongside This Feeling at Y Not Festival and Leeds Festival, Cupids are on a bullet train to the top this year and are showing no signs of slowing for level crossings.

Read our review of this year’s FestEVOL spectacular featuring Blossoms, The Vryll Society, Black Honey and many more

Having played rooftops and in-store sessions already this year the band are equally adept at intimate gatherings and their Studio 2 gig is one you won’t want to let slip under your radar this autumn.