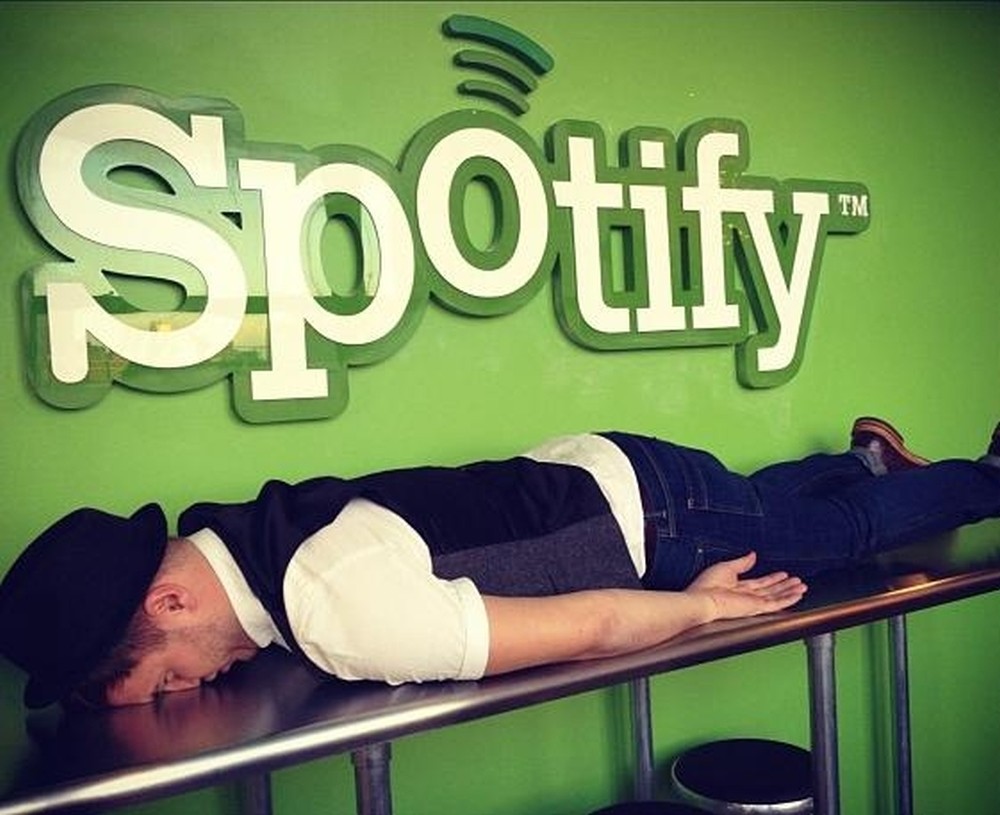 With new records supposedly being broken every week and Olly Murs complaining about the lack of fairness in the charts, Getintothis’ Shaun Ponsonby asks how much streaming is hurting the charts for new artists.

Nobody’s favourite Butlins Red Coat Olly Murs made headlines recently when he bitched that his latest single, You Don’t Know Love, only reached #15 in the charts, telling Digital Spy that the charts “just aren’t fair at the moment”.

Personally, I don’t think it’s fair that Olly Murs, a puppet for Simon Cowell’s evil corporate empire making soulless pap that is impossible to have any genuine connection to, has had three #1 albums, but you don’t hear me whining about it, apart from all the times I have whined about it.

But then I am biased. I don’t think there has been a word invented to describe how much I loathe Olly Murs. Maybe I should invent one myself. Milliband, perhaps? Yeah, I find Olly Murs to be proper milliband. That works.

But, lest everyone thinks that Murs simply feels as if he is entitled to have a big hit, he continued; “I want the song to be No.1. I think its hard now for any artist – especially UK artists – to get a No.1. Streaming is so popular, so if you are an in demand act, obviously people want to listen to your music. I feel like the chart now, for breaking new artists, is harder, because the songs have to be incredible.”

I contest that. Murs is either fucking stupid (which I would believe), or totally naïve (which I would also believe). Anyone who has listened to a random sampling of the charts knows that it matters not the quality of the song, but the amount of money that you have behind you. Virtually none of One Direction’s songs were “incredible”. In fact, their own songwriters admitted they went out of their way to make their material “vanilla”. They did, however, have a massive machine behind them. The same machine Olly has, to be exact.

Olly continued murring like this; “I do think it’s the way forward, but for example, my song has been No.1 on the radio airplay chart for the last couple of weeks, and that’s amazing for me – it’s huge. The radio chart doesn’t help on the main chart, whereas with streaming you have to be on certain playlists for it to have effect. So then a Spotify or Apple Music playlist would be the equivalent of us listening to a radio playlist.” He then went on to suggest that the radio airplay chart should count towards the main chart, like it does in America.

Within all of this, chuckily tits might have raised a couple of semi-decent points. Not all of it, obviously. Some of it was cheeky Essex gibberish, especially that radio playlists should count towards the charts. You could play a song every hour on the hour, but that doesn’t mean people will go out and buy it. And the fact that it was #1 on the radio playlist chart and only #15 on the actual chart probably shows a discrepancy between what “the machine” thinks people will like and what people actually like.

The many adventures of Cosmic Slop, click here to read all of Getintothis’ Shaun Ponsonby’s weekly whines.

But the streaming thing did make me think. It seems that every week I read that Justin Bieber and Drake have broken or matched records set by the likes of Michael Jackson and The Beatles. But they haven’t, have they? They may have set new ones, but the fact that streaming now counts towards the charts means that they aren’t competing on the same level as previous generations because the circumstances are different.

We were told that Bieber broke The Beatles’ record for the most simultaneous songs on the Billboard Hot 100, but when The Beatles held that record, they had each individual song released and promoted that people had to get up off of their arses and buy once with actual money.  When Bieber broke that record, it’s because each track on his album simultaneously became available to stream for free from the comfort of your own phone. That isn’t the same record.

Since streaming became eligible, fewer songs than ever are hitting the Top 40. Obviously, part of the reason for this is that every time someone merely listens to a song via a stream, it counts towards the overall sales. But in the past people only bought a record once and that was all that counted towards the sale. I have listened to some Prince songs thousands of times. If, every time I listened to one, it counted towards the sale of the record, Get On The Boat from 3121 would be the biggest selling song in history. So, it is hard to topple Beyonce because she is an established star and the average kid in the class is going to stream her song hundreds of times and not finding new music to listen to. Most people aren’t music fanatics.

In fact, streaming sales for the album chart is downright confusing. Every time an album track is streamed, it will count towards that album’s sales figures. 1,000 plays of an album will equal the physical sale or download of one album. But to ensure that people just streaming the hits doesn’t spoil the system, they take the 12 most streamed tracks from each album and ‘down-weight’ the top two in line with the average of the other 10. The number of streams is then to be added together and divided by 1,000 before being added to the number of physical and digital sales.

Did you follow that? I wrote it and I didn’t have a fucking clue.

Neither is it the same recoup for the artist. Most artists make less than a bare minimum from streaming revenue. In fact, just this week, a change in European copyright law is forcing YouTube to pay more for music on the site, and rightly so.

So, yes, maybe Olly Murs has a point about the charts and they haven’t quite ironed out the kinks as to how streaming should be included, and at this point it is hard to view the charts as having a viable or even accurate future. But, obviously, none of this changes the fact that he is proper milliband.

Sky are using an image of First Avenue to advertise the golf. There’s really nothing sport won’t try to ruin, is there? Not even Purple Rain is safe. Fuck you, the golf.

Black Lace singer Dene Michael Betteridge was apparently forced to perform Agadoo for prison inmates during a recent stint for benefit fraud. What a time to be alive, eh?