With posthumous releases becoming, sadly, more and more frequent, Getintothis’ Jessica Borden takes a look at what it is about them that makes her uneasy.

With the loss of many great artists, too many to count, comes the question of releasing previously unreleased albums and work of all sorts. Now here we feel the need to clarify that we are speaking about work that was not ready for public consumption at the time of the artists passing, not reissues, because this can give the music to a whole new generation.

We want to delve into the idea of releasing work that can be decades old suddenly being packaged into a neat little bundle and sent into the world after the artist is gone. Even if done with the best intentions of spreading a possibly incredible piece of work.

Many of the pieces of music we love were released posthumously; such as (Sittin’ on) The Dock of The Bay by Otis Reading, Mystery Girl by  Roy Orbison, Streetcore by Joe Strummer and The Mescaleros. That is only a small selection, and when reading a list compiled of these releases it does become haunting, because with everything death adds a new light (or darkness) to everything. It changes how we perceive lyrics and melodies while searching for whispers of knowledge from the past and people they loved and idolised.

With the untimely passing of Viola Beach, there was a need to acknowledge the posthumous release of their album, which became a tribute to the work that they created and the energy they provided rather than an attempt to put something forward as if it was a neat package of music that was ready. It’s raw and passionate, and echoes the soul of the band. This music wasn’t hidden, it was there to be consumed by the audiences they played to, not put away as a trial of a sound they may have wanted. This release feels like posthumous releases done right, as a tribute to the band rather than a search for answers or other facets to the artists.

Late the other night while stuck in the constant scrolling that is Twitter, we stumbled upon a tweet from NME about the things you need to know about the unreleased David Bowie album The Gouster. Within the first paragraph it states that it “eventually morphed” into Bowie‘s 1975 album Young Americans. This statement tells us straight off that The Gouster was a first draft of sorts, so why the need to release something that Bowie himself didn’t seem to count as a finished product? Also, some of The Gouster songs had appeared on several special editions of Young Americans. But, to be fair, Bowie‘s estate did confirm that the man himself personally oversaw several projects to be released posthumously. It is probably safe to assume this is one of them. 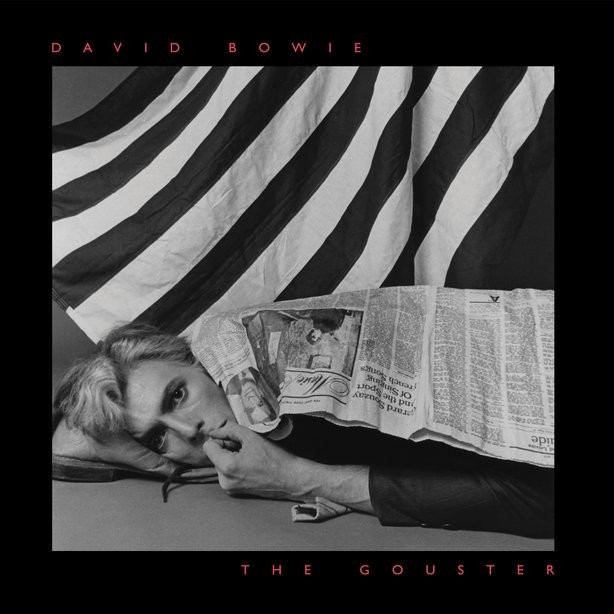 Michael Jackson‘s estate, on the other hand, have been compiling entire albums from unreleased material stretching across decades, in the form of 2010’s Michael and 2014’s Xscape. By releasing these ‘unreleased’ albums, or remixes of sketches and demos, or first drafts which later became an album that was released, it feels as if it takes power away that the artist had. They had worked this creation into being and morphed it into another form and now the first draft which may not have been what they wanted is given away to public consumption. This entire idea takes the creative freedom away from the artist – first drafts rarely portray the image or concept desired straight away.

This idea feels reminiscent of Harper Lee’s Go Set a Watchmen, which was released whilst she was still alive, but my point here is that at the age of 89 and having spent the majority of her life saying that she wouldn’t release anything else other than To Kill A Mockingbird, it feels wrong and slightly suspicious to this writer to have then published Go Set A Watchmen, which was revealed to be To Kill A Mockingbirds’ first draft. The releasing of a first draft undermines what characters and stories became.

Though we understand the fascination with gaining an insight into our favourite artists’ creative process (which, in the case of The Gouche, will be made explicit), unreleased songs, albums, notebooks, diaries and anything people can seemingly get their hands on posthumously seems to find it’s way into the limelight. This is true of everything from Ian Curtis’ lyrics and notebooks in So This Is Permanence and Kurt Cobain’s Journals which were only found after his death. Perhaps this plays into our fascination with fame and people as a whole, the need to understand more and have answers to why in both Curtis’ and Cobain‘s cases death appeared to be their only answers.

It possibly even shows our slightly morbid obsession with death or fear of it. However, notebooks and lyrics, the scribbles in a book or on a napkin kept to a person and hidden away, to then be published feels like an invasion of privacy. Our constant craving for closure and understanding that draws us toward these pieces but maybe we don’t need to know those things, possibly we just need to love the work they gave us and appreciate that rather than digging up everything they have done to find an ‘answer.’

Our love of music and constant need for more or else we become gravely (pardon the pun) unsatisfied, ends up with work that was not finished by the artist or wasn’t even meant for the public eye being given away, like the telling of a secret. Even if it is the greatest album or song that will ever be heard by humans and just happened that the artist died before it could be, perhaps respecting that even when seeing these unreleased items, without the artists voice we will never understand them.

Maybe we should accept that what an artist gave us is what we have, even if some mysterious work is hiding away on a tape or in a vault, that we weren’t meant to hear it. This applies to artists that released nearly 50 years worth of work such as Bowie to artists that released one album before his untimely death such as Jeff Buckley. Both work should be treated the same and left as if they were alive. Surely the new work and current explorations would be much more important than some hidden recordings they did of songs, some of which that would later appear on an album that we were gracefully given.

Maybe all of this just shows our need to consume everything that we possibly can to understand a person very few of us actually knew and our desire to cling to what we knew even if it has gone. But then again we are forever switching between the excitement of an undiscovered piece from a musician we adore to just wanting to let sleeping dogs lie.