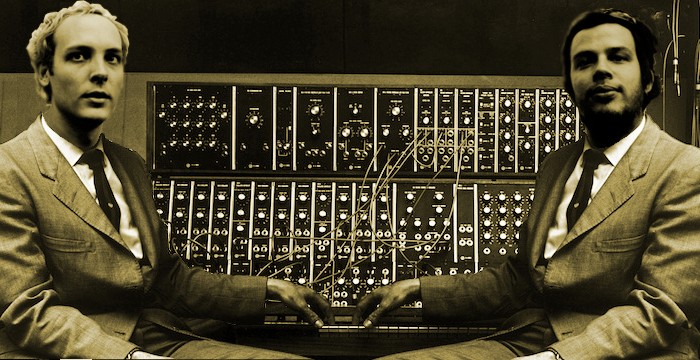 As the minimalist ambient drone-meisters descend upon Manchester, Getintothis‘ Zach Jones immerses us all in their warm glow.

The main men of Texas’ own Stars of the Lid – Brian McBride and Adam Wiltzie – have between them one of the most faultless discographies in music. Whether it is A Winged Victory for the Sullen, The Dead Texan or McBride‘s solo material all are re-veered within the realms of ambient and drone music. Lending a hand to help carve the Godspeed You! Black Emperor-curated Constellation Records roster into the powerhouse of noise it is today.

So it takes little sense to be able to piece together that their combined efforts as Stars of the Lid, is one of (if not the) greatest bodies of ambient work ever. They have opened the doorway for a range of noise, drone, electronica and even doom artists, from Fuck Buttons to Sunn O))) to take ambient music from hippie listening all the way to the olympic soundtrack and festival mainstages. Yet Stars of the Lid themselves remain beautifully understated, and blissfully absent for years at a time.

Liverpool Psych Fest 2016: 16 must-see bands at this year’s festival, plus an exclusive competition

One of the most special and uncommon live shows you’ll see this year is set to unfold in the unique confines of Manchester’s Central Methodist Hall this October.

Two new members augment Stars of the Lid‘s live lineup, Bobby Donne from Kranky labelmates Labradford, and Wiltzie’s longtime studio collaborator Francesco Donadello. Plus Brussels residents and A Winged Victory’s string backing are also set to collaborate in Manchester with the Echo Collective and a vintage Moog 55 Modular Synthesizer. On top of the announcement, long time visual collaborator and projectionist Luke Savisky, and German lighting designer MFO are all lined up to deliver a knockout ensemble.

Stars of the Lid have done it right, and understand that quality, not quantity is key. So cherish this rare live show, as you don’t know when there will be another, if ever.